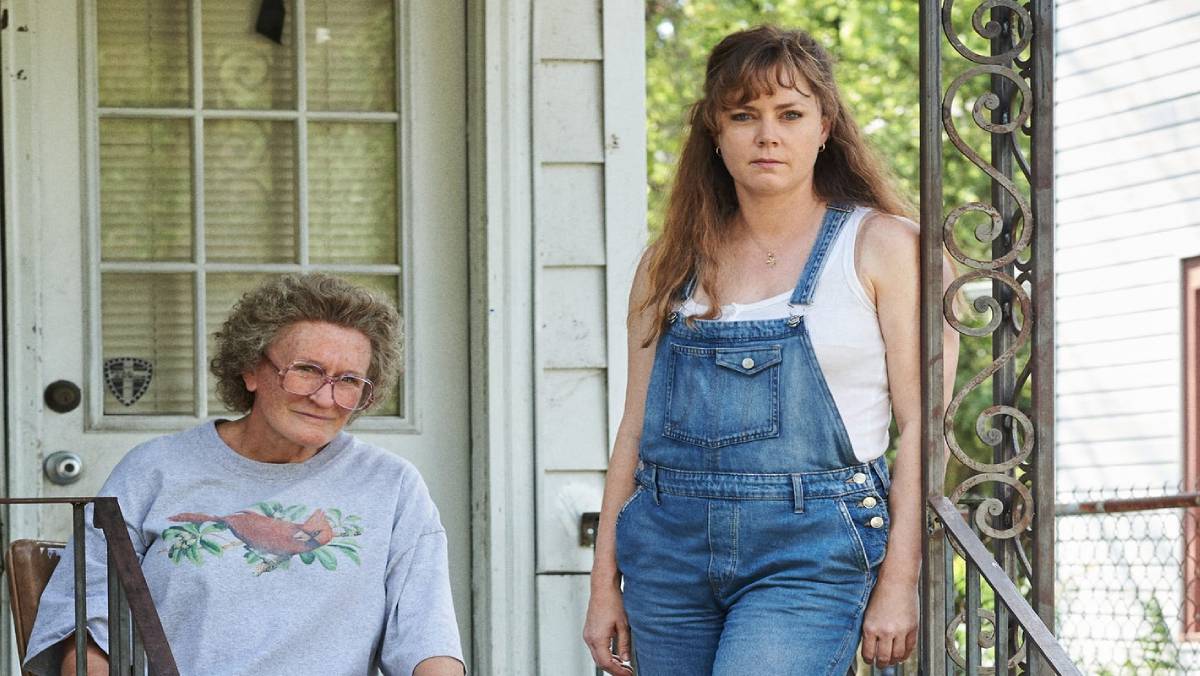 Courtesy of Imagine Entertainment
“Hillbilly Elegy,” anticipated to be an Academy Awards season contender, fails dramatically and disappointingly. What could have been standout performances from Amy Adams and Glenn Close are limited by Vanessa Taylor’s poor script.
By Evan Miller — Contributing Writer
Published: December 3, 2020

As 2020 draws to a close, an unusual Academy Awards season is in full swing, with many of the year’s biggest contenders hitting various streaming services. “Hillbilly Elegy,” the latest film from legendary actor and director Ron Howard, was meant to be one of these awards contenders. Unfortunately for this Netflix film, there will likely be no Oscar nominations in its future. “Hillbilly Elegy” is shallow and fails in nearly every conceivable way.

“Hillbilly Elegy” is an adaptation of the memoir of the same name, written by J.D. Vance. The film follows J.D. (Gabriel Basso), a Yale Law School student who returns to his Appalachian hometown following a crisis involving his mother, Bev (Amy Adams). Upon his return, J.D. reflects on his upbringing and his journey to create a better future than he was afforded growing up.

Many of the film’s issues arise from its screenplay, written by Vanessa Taylor. Taylor’s past screenwriting credits include 2018’s best picture winner, “The Shape of Water,” and “Divergent,” the first entry in the critically panned “Divergent” series. In “Hillbilly Elegy,” Taylor’s screenplay is closer in quality to the latter.

All of the film’s actors turned in their best efforts with what they were given, especially Academy Award-nominated actresses Adams and Glenn Close, who plays Mamaw, J.D.’s grandmother. Unfortunately, their efforts are largely ineffective, as they spout dialogue that feels as though it belongs in a Lifetime original movie.

One of the only notable positives that the film has on a technical level is Maryse Alberti’s cinematography, which makes use of beautiful wide shots. But in certain scenes, the cinematography becomes somewhat awkward as conversations are shot entirely through close-ups. On top of the uninspired dialogue, the conversations don’t flow in a way that feels natural to the eye.

The main character that the audience is meant to sympathize with is J.D. This sympathy does not truly feel earned, though, but rather forced. The film often flashes back to his childhood years and shows Bev’s physical, verbal and mental abuse of J.D. Mamaw is the only person that he can run to in order to be rescued, but even Mamaw isn’t exactly a proper enough role model for him. She primarily uses tough love tactics — that are often a little too tough — in order to encourage him to do better in life than anyone else in his family.

Audiences are also asked to empathize with Bev. The film reminds the viewer on multiple occasions that Bev was the salutatorian for her class in high school. This is done largely to convey that Bev could have accomplished greater things if she lived her life differently. Like her mother, Bev became pregnant and had her first child when she was a teenager. The way the film chooses to insensitively communicate these facts is a major problem because it makes it seem as though it is Bev’s fault that she became pregnant as a teenager. The film should have spent more time focusing on the circumstances that Bev was in rather than solely her brash behavior.

Nearly every one of Bev’s scenes follows the same formula — she is sweet and loving for a period of time and then abruptly, without warning, turns into a threat. It is this abusive side of Bev, rather than her sweeter and more caring side, that the film is clearly more interested in exploring, a choice that is extremely unfortunate for her character and the plot. To add insult to injury, the film shows Bev in this monstrous light when, clearly, she is someone who struggles with substance abuse and mental health issues and needs to be given proper help.

The film even manages to undermine the economic and cultural struggles that this family and other families continue to face today. Only one scene shows a genuine attempt to portray these issues in a light that is faithful and compassionate. In this particular scene, Mamaw attempts to bargain with a delivery boy from a meal program for some extra food so she would be able to feed J.D. The fact that the film chooses to exploit the conditions that these people are forced to live under is completely mean-spirited and frustrating to see.

“Hillbilly Elegy” is a disappointment in nearly every sense of the word. The effort turned in by its cast in no way saves the film, but it makes the film at least somewhat watchable. However, whether it should even be watched is debatable.