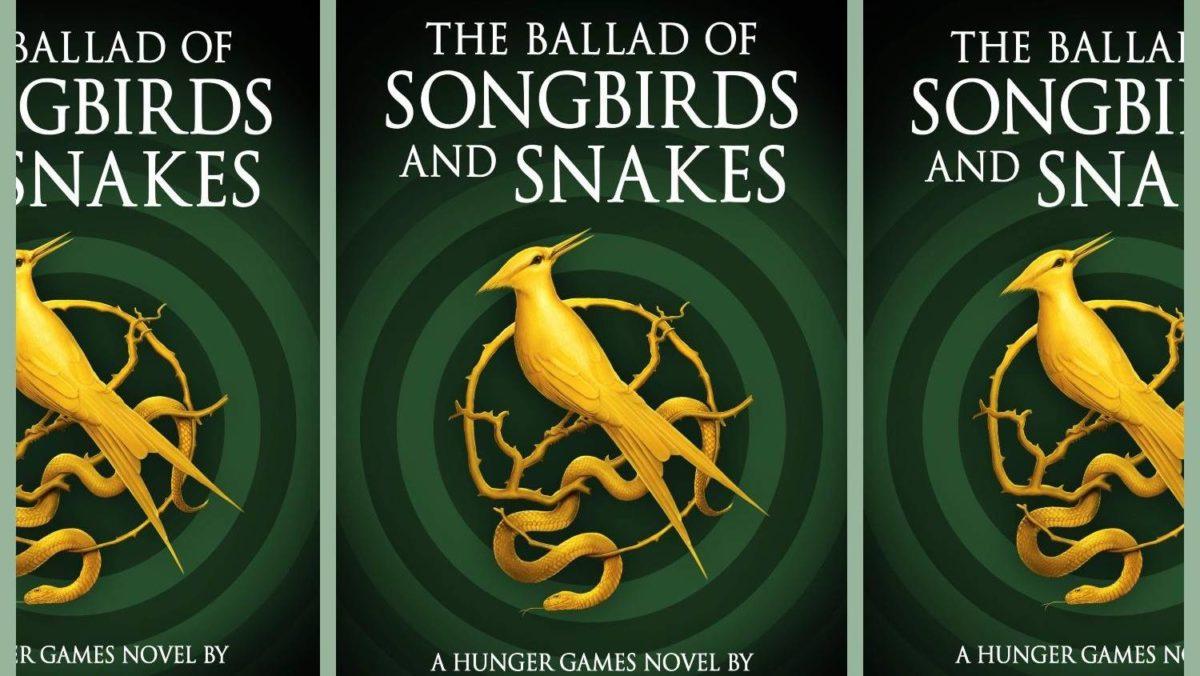 Courtesy of Scholastic
"The Hunger Games" series made ripples in Young Adult fiction by creating a complex and intriguing dystopian world with a strong female protagonist at its front. Ten years after the trilogy's conclusion, author Suzanne Collins dives into the perspective of President Coriolanus Snow, the villain from the original series.
By Maddy Martin — Assistant Life & Culture editor
Published: June 17, 2020

The Ballad of Songbirds and Snakes

Over a decade ago, teenage girls styled their hair in side braids and tried to pick up archery to be like their hero, Katniss Everdeen, the protagonist of Suzanne Collins’ young adult (YA), dystopian book series “The Hunger Games.” “The Ballad of Songbirds and Snakes,” Collins’ recently released prequel to her famous trilogy, takes place 64 years before Katniss’ story.

“The Hunger Games,” released in 2008, ushered in an era of dystopian literature and rebellious female protagonists. The series’ influence can still be felt today in YA literature and media. In 2020, many of the readers who were infatuated by “The Hunger Games” during the franchise’s prime are now in early adulthood, with the book series sitting on their bookshelves as a memory of their adolescence. When Collins announced that she was publishing a prequel to “The Hunger Games” with the villainous President Coriolanus Snow as the protagonist, many old fans were left confused but curious. Why President Snow of all characters?

The prequel, written from the third-person perspective, takes place during the 10th Hunger Games, a decade after the Panem Civil War. Readers follow Coriolanus Snow, a high–performing senior student at the Capitol’s Academy who is tasked, alongside his classmates, to make the Hunger Games a more popular event. Coriolanus and his classmates are all paired with one of 24 tributes from the 12 districts whom they must introduce to the Capitol and prepare for the games.

Coriolanus is assigned to Lucy Gray Baird, the female tribute for District 12. Lucy Gray is a free-spirited musician and a member of the Covey, a group of performers who used to travel around Panem before the civil war but has since settled in District 12. She is a refreshing character who quickly becomes one of the best parts of the book. In a genre inhabited by rebellious and action-oriented girls, Lucy Gray stands out as a whimsical artist. Collins writes Lucy Gray’s dialogue with a distinctly folksy dialect. She often uses proverbs like, “The show’s not over until the mockingjay sings.” This gives Lucy Gray a memorable voice that sets her apart from the rest of the characters.

Coriolanus feels bland and uninteresting against Lucy Gray’s vibrance. As the main character, Coriolanus is always at the forefront of the story, yet the reader struggles to be invested in his character. Throughout the story, Coriolanus staggers an awkward line between being heroic and villainous. He makes morally correct decisions but often for selfish reasons. After the civil war, Coriolanus’s once-prosperous family fell on hard times, and Coriolanus is determined to have his tribute win the games so he can bring honor back to his family. He doesn’t want to see Lucy Gray die, but his only real motivation for helping her is preserving his family’s social status. Morally ambiguous characters are often interesting to read about, but readers already know Coriolanus’ fate from “The Hunger Games,” an ending that makes his actions ultimately predictable.

Unlike the first-person narration of “The Hunger Games,” the third-person limited perspective of “The Ballad of Songbirds and Snakes” frequently allows readers to see inside Coriolanus’ mind but not his own voice. Choosing third-person creates a greater narrative distance between the reader and the main character than first-person does. Being with Coriolanus but not hearing the story in his voice allows the reader to judge Coriolanus’ moral views more easily. The book explains how growing up in the Capitol’s world of haves and have-nots turns a normal kid into a corrupt adult. Social status is everything to Coriolanus, but “The Ballad of Songbirds and Snakes” does not try to redeem him. It rather just shows what makes him tick. Third-person was an effective narrative voice for this book because there is a discrepancy between how Coriolanus sees himself and how he really is. Coriolanus views himself as powerful, and even heroic, but readers know that he is not.

The book suffers from a severe pacing issue. During the slower parts of the book in which Coriolanus is going about his normal day, the prose slides into streams of consciousness too frequently. Information readers already know is often repeated during these instances, bringing the story to a near standstill. Meanwhile, the more exciting and plot-relevant parts of the story, including the climax of the book, are zipped through with little time or description given to them.

But beyond the problem with pacing, Collins’ writing retains a lot of its virtues from “The Hunger Games” series. Action scenes are fluid and exciting. Suspense lingers for the right amount of time, and the violence makes readers recoil but is not pushed so far to be egregious. There is a point in the book at which a tribute who attempted to escape is hanged over the arena. Collins describes the tribute as “so battered and bloody that at first Coriolanus thought they were displaying a corpse.” Collins gives enough description to display the cruelty of the Capitol but does not try to shake her readers with unnecessary descriptions of the injuries.

Old fans of the series will also enjoy the history and world building “The Ballad of Songbirds and Snakes” has to offer Panem. The book chronicles how the Hunger Games became the spectacle it is in the main series. In “The Hunger Games,” it was important for Katniss to be liked by the audience so she could gain sponsors and be sent gifts while in the arena. “The Ballad of Songbirds and Snakes” explains the origins of betting in the games and audiences’ participation by giving gifts to tributes to increase the likelihood of them surviving. Readers will also learn more about how jabberjays were used by the Capitol.

“The Ballad of Songbirds and Snakes” invokes a sense of nostalgia with Collins’ familiar prose and famous concepts. But similar to many prequels, the book struggles to find purpose and relevance against its more interesting parent series. Coriolanus’ story has gripping parts, and Lucy Gray is a delightful character, but “The Ballad of Songbirds and Snakes” is only a pale reflection of “The Hunger Games.”

Review: Sequel lost in maze of its own confusion