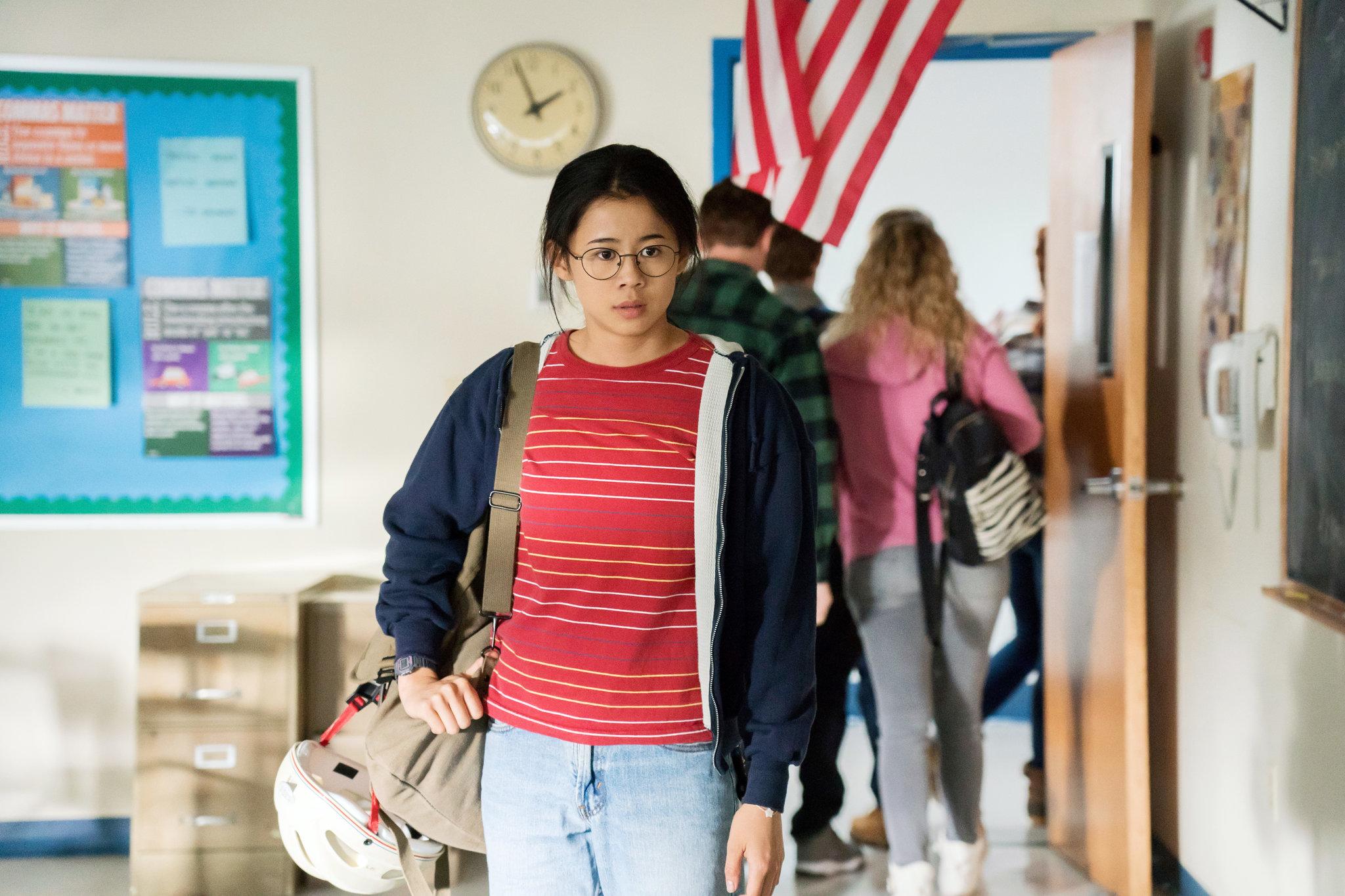 Courtesy of Likely Story
"The Half of It" is a coming of age film that explores the complex nature of relationships, but its over use of stereotypical character archetypes and cliche plot devices makes it unbelievable. The film is too distant form the reality high school life to be relatable.
By Gabrielle Topping
Published: June 2, 2020

The Half of It

“The Half of It” is Netflix’s latest romantic comedy featuring young friendships and blunders in teenage romance. The trailer promises a teenage love story, but audiences instead receive an unsatisfying plot. This film attempts to discuss crucial topics like immigration, sexuality and self-discovery, but these messages are presented in predictable and cliche ways.

The protagonist, Ellie Chu (Leah Lewis), is a hardworking only child raised by her single dad in the fictional town of Squahamish, Washington. After emigrating from China when Ellie was five, her dad, Edwin Chu (Collin Chou), still struggles to make ends meet. Despite having a PhD, he isn’t hired for high-paying jobs because of his broken English. The Chu family’s struggles show the realities immigrant families face in the United States. This was a powerful decision for this film because it accurately depicts issues immigrant families face in modern times, a topic that does not appear often in films.

Ellie starts a small business where she writes essays for her classmates. Ellie’s English teacher (Becky Ann Baker) knows she wrote five of the essays in her class but chooses to turn a blind eye. Baker portrays her character as overly impressed by Ellie’s writing. This scene is unrealistic because plagiarism is a serious offense in academic institutions and wouldn’t be met with such enthusiasm by a teacher. Ellie’s teacher encourages her to plagiarize, an action that leads to her extending her writing business. Still, Ellie’s writing business shows that she is independent, resourceful and a problem-solver, which are admirable qualities for young viewers to emulate.

When the Chu family can’t afford their electric bill, Ellie agrees to write love letters for athlete Paul Munsky (Daniel Diemer) to Aster Flores (Alexxis Lemire) for $50 to help her father. Many of the characters in the film are stereotypical — Paul is an attractive and dumb jock and Ellie is a quiet and smart Asian. These stereotypical characters are used in an attempt to make the film relatable, but it is unsuccessful because the characters feel bland and one-dimensional.

Ellie soon develops an emotional connection to Aster through the love letters she writes for Paul. The film attempts to include LGBTQ+ representation by making Ellie have a female love interest, but it is overlooked. The film needed to dedicate more time to developing an authentic relationship for Ellie and Aster in order to truly convey the point. There are too few scenes where Ellie and Aster communicate in person for even the potential of a relationship to be satisfying.

The overarching theme of “The Half of It” is discovering love and self-acceptance. However, there are no honest relationships presented. The virtual chemistry between Aster and Paul does not translate when they go on dates in person. Additionally, during the few times that Aster and Ellie were alone together, Ellie never told the truth that she was the one writing letters to her.

The most redeeming relationship in the film is between Ellie and Paul, a couple that seems unlikely. However, it is endearing to see them build a lasting friendship since they spend a lot of time together. They play ping-pong together, which represents the back and forth of a meaningful conversation, and they learn a lot about each other.

The film ends in a cliche and overdramatic objection at a church. Ellie finally finds her voice when the truth comes out that she was the one writing the letters all along, but there is not enough character development to make this believable.

“The Half of It” shows that love is messy and complicated. The least cliche thing about the movie is the ending, that love does not ultimately conquer all. It is unclear for the audience which relationships in this messy love triangle will last, and the audience is left with an unsatisfying and open-ended ending.