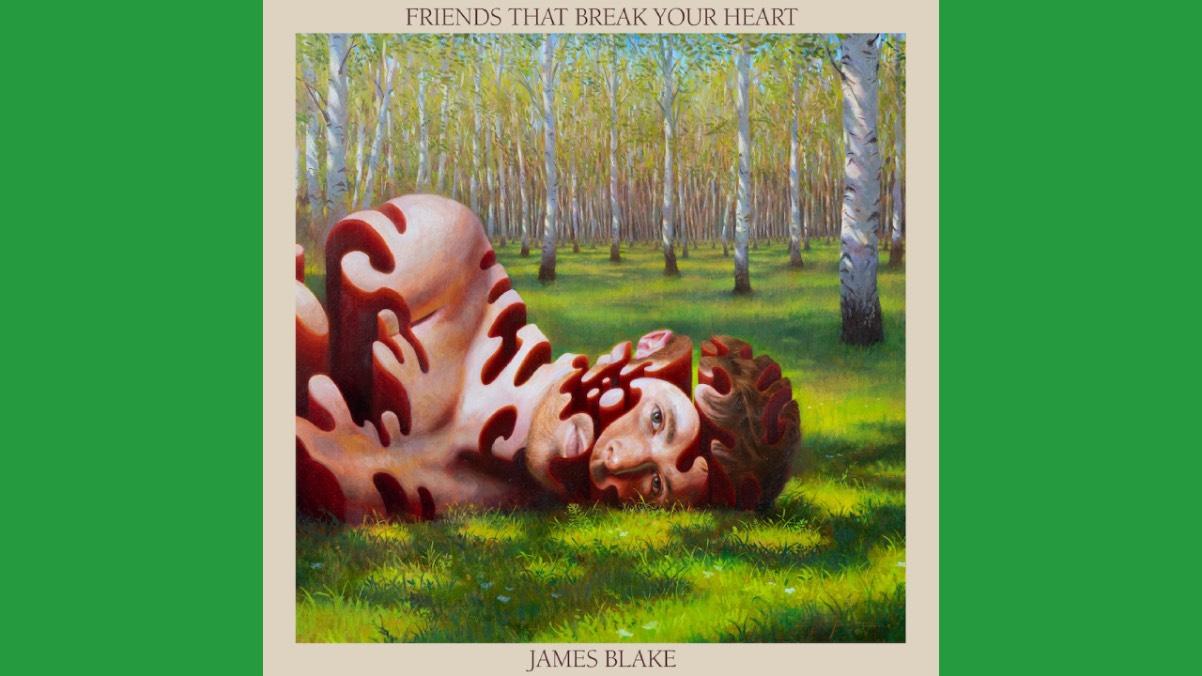 Courtesy of Republic Records
“Friends That Break Your Heart,” chooses to mine the same vein that produced James Blake's best work many years ago, only to find it has run dry.
By Jackson Noel — Staff Writer
Published: October 21, 2021

Friends That Break Your Heart

Albums packed with sappy love songs are such an established framework for pop music that electro-R&B artist James Blake already has two of them under his belt. What more can there possibly be to say on the topic of romance, heartbreak or passion? On “Friends That Break Your Heart,” Blake’s fifth studio album, the digital-age crooner chooses to mine the same vein that produced his best work many years ago, only to find it has run dry.

The formula for Blake’s music has shifted over the course of his discography. His excellent, self-titled debut album established Blake as caught somewhere between the glitchy disjunction of electronic music and conventional arrangement of pop music — accompanied by his distorted, ghostly auto-tuned vocals. By now, all that remains is Blake’s heavenly singing voice, now occupying melodies set to generic pop tunes with the occasional electronic styling. Seeing Blake become increasingly unsophisticated and unambitious over time is disappointing for any artist who was once seen as cutting edge.

Perhaps the reason for this change can be found in the company Blake keeps. Looking at the credits for his first three albums, the names are quite sparse — “Overgrown” features guest vocals from RZA while “The Colour in Anything” lists Rick Rubin and Bon Iver as primary collaborators. These names served mainly supporting roles on one or two tracks. It was not until his 2019 album “Assume Form” that the producer/singer began working alongside artists like Travis Scott, Metro Boomin and Daniel Lopitan of Oneohtrix Point Never. These collaborators introduced trap-influenced drumming and mood-first songwriting to his catalog, creating an atmosphere-heavy persuasion that plagues “Friends That Break Your Heart.” Some tracks like “Frozen” end up sounding like their featured artists, in this case a JID song featuring some of Blake’s gorgeous background vocals and painfully simplistic structure. The same can be said for even the album’s best track, “Coming Back,” which features SZA effectively commandeering the song while Blake mostly hides back in the mix. Blake has always been most confident when riding solo, so seeing him add unnecessary bells and whistles to his sound is frustrating.

Almost every track on the 12-song album displays perfectly what does and does not work about “Friends That Break Your Heart.” The song “I’m So Blessed You’re Mine” combines Blake’s unaltered vocals with a chorus featuring his voice so warped it sounds completely alien. His voice is built around some of the most experimental production on the album with bouncy, new-age synth keys and what sounds like Teslas driving through the sound barrier. It builds into a Bernard Herrmann-esque string section that is equal parts angelic and unnerving. However, repetitive lyrics neutralize any character to the song, leaving it ultimately lifeless. One can only stand to hear the phrase “I’m so blessed you’re mine” so many times. Compelling ideas are present in small doses on this album, but none of them seem followed through to their conclusion.

Blake in his purest form is still an emotionally potent artist; his use of melody separates him from many similar artists working in pop music today. Unfortunately, “Friends That Break Your Heart” does not find Blake working with these strengths. Mileage for this album will depend on how many times the listener can hear the same love song over and over again without getting bored.