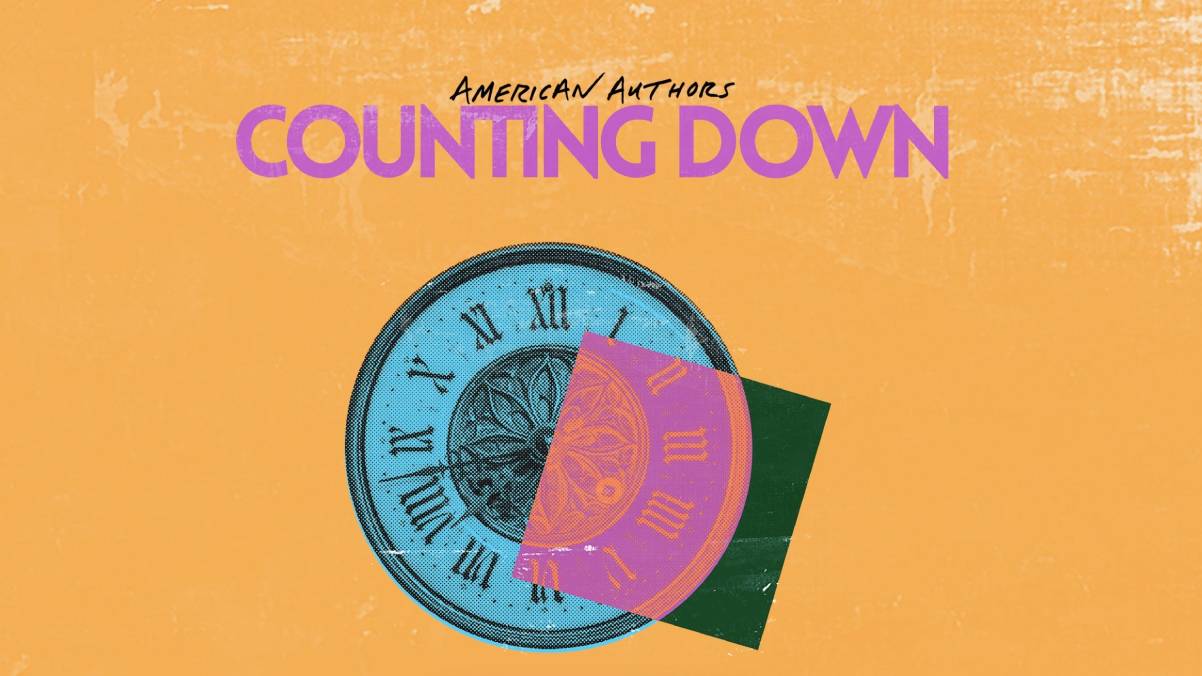 Courtesy of Island Records
American Authors’ last album, “Seasons,” released in February 2019, was a step away from the band’s original folk-rock sound, featuring synthesizers and drum pads. “Counting Down” lives up to the high expectations in quality that the band set with its earlier albums.
By Ally True — Contributing Writer
Published: September 29, 2020

American Authors’ most recent EP, “Counting Down,” returns to the band’s trademark upbeat sound and inspiring lyrics. This is a refreshing change from its last album, but the rock band is still struggling in its attempt to delve into the pop genre.

American Authors’ last album, “Seasons,” released in February 2019, was a step away from the band’s original folk-rock sound, featuring synthesizers and drum pads. “Seasons” did not live up to expectations set by the band’s popular singles “The Best Day of My Life” and “Go Big or Go Home.” Fans wondered if this next EP would follow in the unfortunate steps of “Seasons,” or if it would go back to its familiar sound.

“Counting Down” lives up to the high expectations in quality that the band set with its earlier albums. The majority of songs are similar to the tone of the band’s older songs. This is exemplified in the first track on the album, “Brick By Brick.” The lyrics, “Cause I’m so close, so close I can taste it / Never stop chasing, know I’m gonna make it,” are inspirational and the chorus, composed of all four band members’ voices, is exciting.

However, the song still exhibits the band’s flaws with lyricism and flow. Lead singer Zac Barnett sounds as if he is rapping rather than singing, and unfortunately, the result is hurried and hard to understand. The band often struggles to match its instrumentals to its lyrics. If there are high quality lyrics, the instrumentals suffer in the final product, or vice versa. This is evident in “Counting Down,” in which Barnett attempts and fails to fit an entire intimate relationship into a verse.

On the other hand, “Best I Can,” another song on the album, shows that the band can successfully marry the two aspects of songwriting if it tries hard enough. “Best I Can” is a collaboration with Seeb, an EDM duo, and has a memorable chorus and instrumental break, making it stand out as one of the better songs on the album. Perhaps the band needs a hand to hold along the way if it wants to keep trying to enter the pop realm.

The band released four of the five songs on the EP prior to the album coming out, leaving the last one — “Sky’s the Limit” — a mystery. The lyrics, “I know that if you stay true to yourself / You just might win it,” are heartfelt, but slightly corny. Although it has a slower beat and faster lyrics, the track surprisingly works until the bridge. But at this point, the song becomes awkwardly placed, with a slow, electronic instrumental portion that disrupts the flow.

“Microphone” was the first single the band released after their last album. The techno-pop feel from “Seasons” is still prevalent in this track. While the other songs have intricate layers of instrumentals, the simple, stripped back melody of “Microphone” consists of just a synthesizer and drum pad that feels out of place from the rest of the album. This is not necessarily a bad thing, because while simple and different, “Microphone” will still be a favorite because of the playful feel. The band should stick to these sprinkles of enjoyable pop songs rather than trying to change its overall sound.

The album is a classic one to sing along to with the windows down. It is uplifting with great instrumentals. While some songs may be lackluster, overall it is a fantastic album.