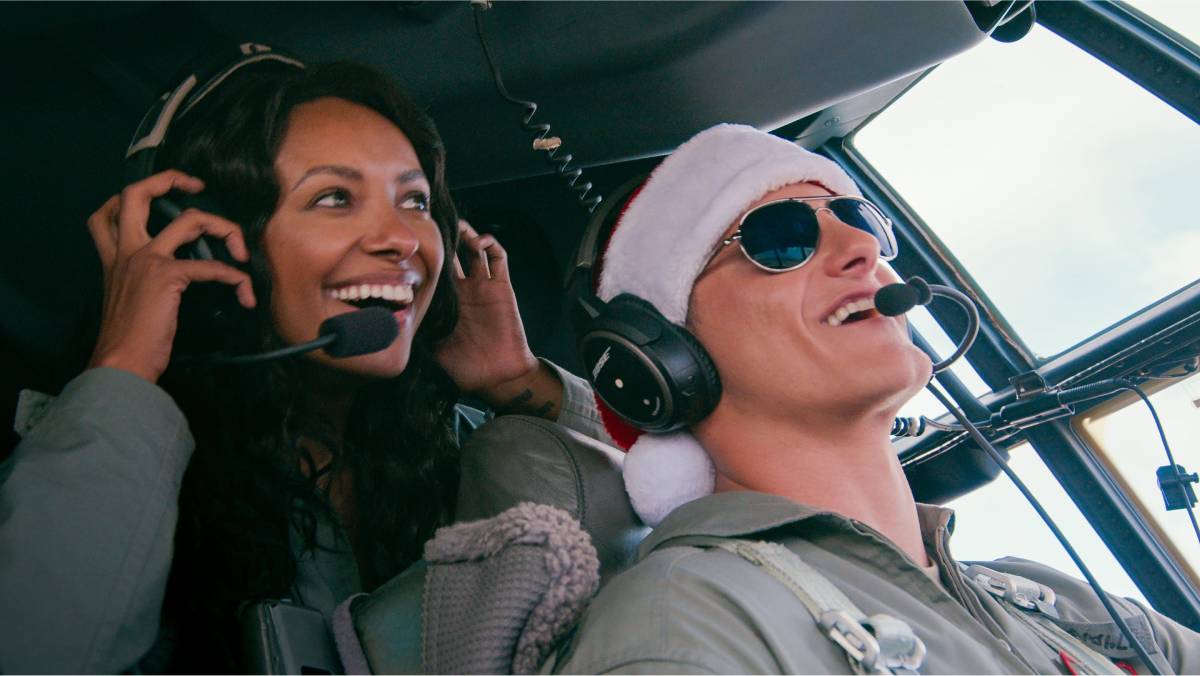 Courtesy of Netflix
For a movie about Christmas, “Operation Christmas Drop” lacks the trademark jolly spirit of the holiday. Based on a United States Air Force tradition, the film checks its cliche list twice, creating a story and characters without substance.
By Elijah de Castro — Staff Writer
Published: November 16, 2020

“Operation Christmas Drop” is yet another painful Christmas movie dumped onto streaming platforms during the holidays. This phenomenon is strange because Christmas movies only have to do one thing to be good — capture the festive spirit. For such an easy thing to accomplish, there is an obscene number of Christmas movies that fail to do this.

“Operation Christmas Drop,” beyond having a ridiculous movie title, is based on an actual tradition in the United States Air Force. Since 1952, Operation Christmas Drop has delivered Christmas presents and humanitarian aid through parachute airdrops to small island populations in the western Pacific Ocean. This act of kindness by the U.S. Air Force is fertile soil for a Christmas movie that could rise above the fray of its peers.

The film is more concerned with checking off a list of Christmas movie tropes as an attempt to bring this tradition justice. Kat Graham plays Erica, a hard-working woman from Washington D.C. She is the assistant of Congresswoman Anna Bradford (Virginia Madsen), a comically coldhearted member of Capitol Hill. When the congresswoman needs Erica to write a report on “Operation Christmas Drop” to consider if it is worth taxpayers’ money, she accepts and heads to Guam. Andrew (Alexander Ludwig), a full-of-himself blond beach boy and one of the military leaders of Operation Christmas Drop, guides Erica around the island.

From the start, the relationship between Andrew and Erica is a tired character dynamic. The experience of watching it unfold is exhausting, as scene by scene the film hits every beat of a cheap rom-com. The melodramatic moments are out of control, like getting interrupted while leaning in for the kiss and the boy showing the girl a hidden paradise. Erica writes her report, and she falls in love with Andrew as they frolic in paradise.

The filmmakers went out of their way to actually shoot the film in Guam, a choice that is certainly impressive. But for the story and filmmaking quality to be this lazy, why even go that extra step?

The film becomes more and more predictable with its hackneyed, vapid story. The characters deliver poorly written lines of dialogue with exceptionally bad acting. There isn’t much star power behind the film — other than the exception of Ludwig, who played Cato in “The Hunger Games” — so perhaps the audience shouldn’t go into the film expecting good acting. But bad acting is bad acting, and when characters act and behave like no normal person ever would, the experience of watching the film becomes incredibly tedious and strange.