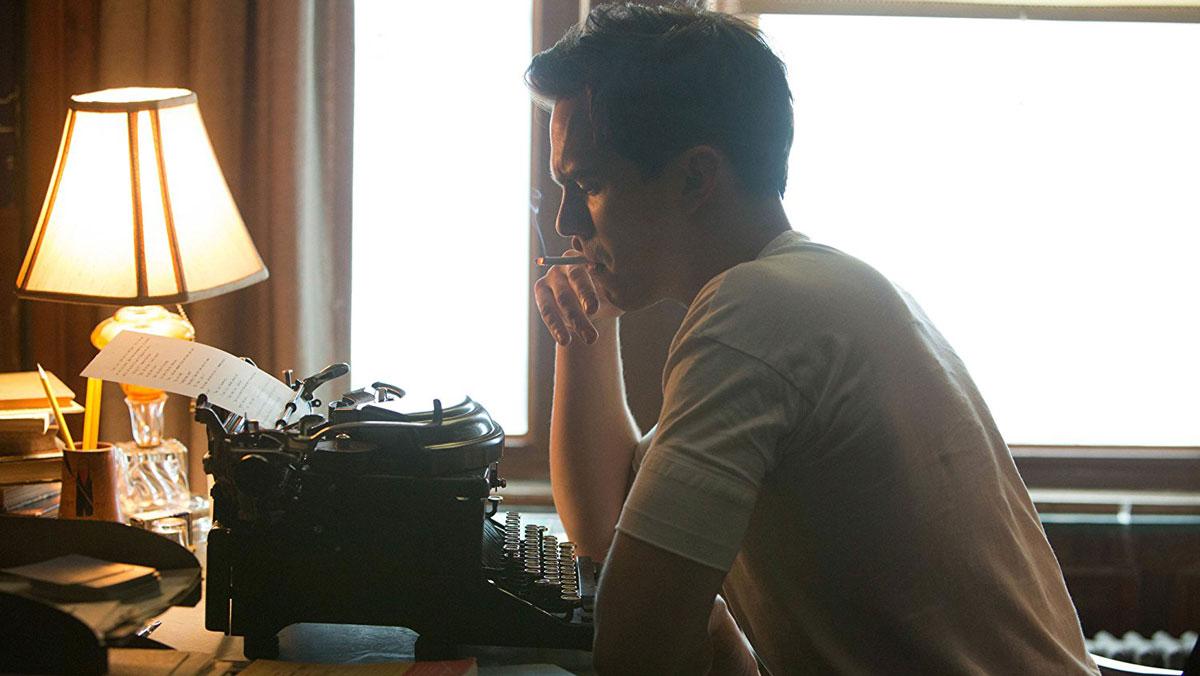 Rebel in the Rye

Don’t go to the bathroom or the concession stand during “Rebel in the Rye.” By the time you get back, you will have missed at least two romantic subplots, a character death and the introduction of a new conflict.

“Rebel in the Rye” is a biopic of J.D. Salinger (Nicholas Hoult), the author best known for “Catcher in the Rye,” and for being a hermit and all around lousy human being. The film opens with Salinger’s origin as a writer. He’s drunk. He’s at a bar packed with bright-eyed teens who swing across the dance floor to jazz-age tunes. He approaches a young girl and her cohort of leering friends. He says he’s a writer. She’s impressed. She asks if he’s been published. He says no. And then she’s gone, whisked away to dance with someone whose pedigree is more refined. Salinger, stung and slightly heartbroken, commits himself to his craft and ventures off to Columbia University to study creative writing.

Unfortunately, the film does not focus on Salinger as a writer. “Rebel in the Rye” attempts to adapt several decades of the author’s life, but never spends a significant amount of time on any one era. As a result, new characters and conflicts come and go with alarming frequency. It is difficult to keep track of what period of Salinger’s life the viewer is watching because each plot point speeds past.

One scene: Hey, who’s that woman flirting with Salinger? Next scene: Oh, Salinger married her. Next scene: And now they’re divorced.

The high-speed, unfocused approach results in a frustrating viewing experience. There are wonderful, small stories scattered throughout “Rebel in the Rye,” but director Danny Strong never takes the time to fully flesh them out. Why does the relationship between Salinger and his writing mentor, Whit Burnett (Kevin Spacey), occupy such a small fraction of the film? Their interactions are funny, as both characters are smarmy, arrogant jerks. The dialogues between them are like sparring matches — quick jokes follow snarky comments. But, Burnett’s screen time is woefully short and he is forgotten partway through the film. Spacey’s fast-talking and smug tone bring Burnett’s wit from impressive to awe–inspiring. It is a shame the only dynamic worth following is cut woefully short. Instead, Strong chose to introduce another mentor figure for Salinger, Swami Nikhilananda (Bernard White). Nikhilananda guides Salinger through his post-traumatic stress disorder, but his presence adds nothing to the other subplots and he eventually fades from the film.

Absurd leaps in characterization worsen the already strained story. Dorothy Olding (Sarah Paulson) is Salinger’s publicist. In the first half of the film, she berates him for refusing the conditions of the magazines that want to publish his stories. She is all business and is clearly bothered by Salinger’s refusal to conform with the rules of publication. Then, in the final moments of the film, she flips and accepts Salinger’s move out of the spotlight. It undermines an entire film’s–worth of development and renders the entire plotline pointless.

The most egregious sin “Rebel in the Rye” commits is its blatant cash–ins on nostalgia for “Catcher in the Rye.” Characters throw around “phony” like it is the only insult in their vocabulary. Salinger frequently stares at carousels, and there is even a scene in which he asks a stranger “if he knows where the ducks go when the pond freezes over.”

There are moments where Strong’s stylistic flair pokes through the pointless plot. The opening scene in a nightclub has a rhythm and flows in that lazy jazz way that is so hard to translate into other mediums. But, there is a long time between stylistic moments like the opening scene, and when the next flashy moment arrives it comes too late for the viewer to care.

“Rebel in the Rye” is a film in crisis. It does not have an identity because Strong tries to check every box on the true-story-period-piece checklist. All at once, the film is a romance, a war drama, an upbeat comedy, a downbeat investigation of fame and a family drama. None of these elements come together to form something whole, something with purpose.

Review: “The End of the Tour” driven by beauty of conversation