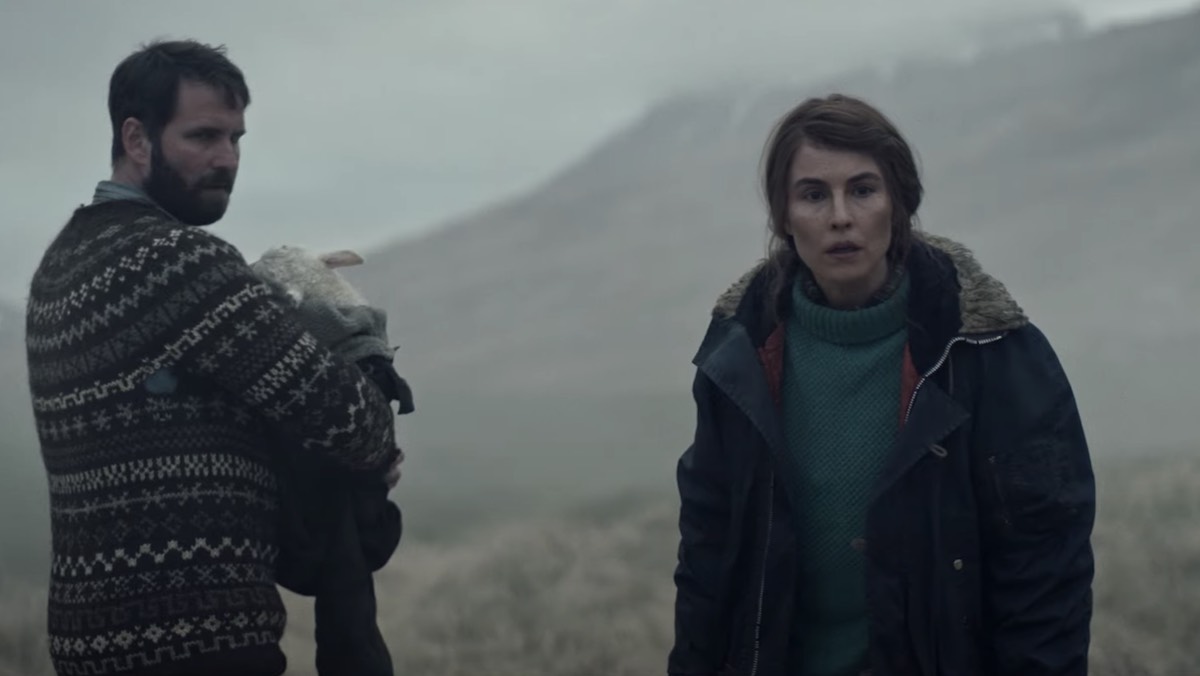 Courtesy of A24
"Lamb" is not so much an art film as it is an artifice film that gestures at the complex themes that it aspires to have.
By Sebastian Hunt — Contributing Writer
Published: October 19, 2021

Valdimar Jóhannsson’s “Lamb” joins the ranks of “Midsommar,” “First Reformed” and “The VVitch” as another superficially pleasing, thematically shallow attempt at genre-infused arthouse fare, courtesy of A24. It is not so much an art film as it is an artifice film — only remotely gesturing at the sorts of complex themes that might’ve informed a similar story in the hands of a superior director.

“Lamb” is a horror film set in rural Iceland. It follows a pair of childless farmers — Maria (Noomi Rapace) and Pétur (Björn Hlynur Haraldsson) — as they maneuver a life of boredom and barnyard maintenance. One fateful night, Maria and Pétur deliver a half-lamb, half-human newborn in their sheep barn. They resolve to adopt the creature and raise it as their own, but their decision inadvertently triggers hostile reactions from the unnatural forces behind its conception, which threaten to spoil the couple’s happiness.

“Lamb” is overall a disappointing film, presenting itself as an inspired meditation on parenthood, but ultimately failing to engage with those ideas in a nuanced manner. However, credit must be given to its greatest strength — the titular creature itself.  The creature represents a remarkable marriage of practical effects, CGI and a performance from one very talented, real-life lamb.

At the crux of this central image are a pair of terrific performances from Rapace and Haraldsson. They manage to play the increasing absurdities throughout “Lamb” completely straight in the face. The viewer never doubts the legitimacy of what they are seeing on screen, even as the film grows progressively more fantastical. Hilmir Snær Guðnason tags along as the lone (human) foil to Rapace and Haraldsson in the film. He’s very good, though his presence within the plot feels a tad superfluous by the time the credits roll.

What ultimately hinders “Lamb” from reaching its potential is an incongruous narrative approach. Jóhannsson is so keen on remaining stylistically reverent to the slow-burn, methodical sensibilities of his main influence and mentor, Hungarian filmmaker Béla Tarr, that he forces like-minded aesthetics onto his film. While this leads to dazzling cinematography and a delightfully melancholic score, it imposes a surplus of unlikeable pretense onto an otherwise straightforward genre feature. A thick veil of unearned poignancy is cast over the film which would’ve worked better with a less stereotypically “artsy” cadence.

Furthermore, “Lamb” suffers from a tremendously banal script. As a result of the film’s underexplored thematic underpinnings, Jóhannsson’s screenplay never justifies its minimalist narrative structure. Save for a bizarre final twist, nothing much happens and the characters progressively lose their motivation.

“Lamb” is an underwhelming film, but it bore the potential to be much better. There is a powerful story about loss, identity and parenthood festering beneath the feature’s surface, but it’s saddled with a filmmaker without a honed style or palpable thematic aspirations. This one should’ve been put out to pasture.