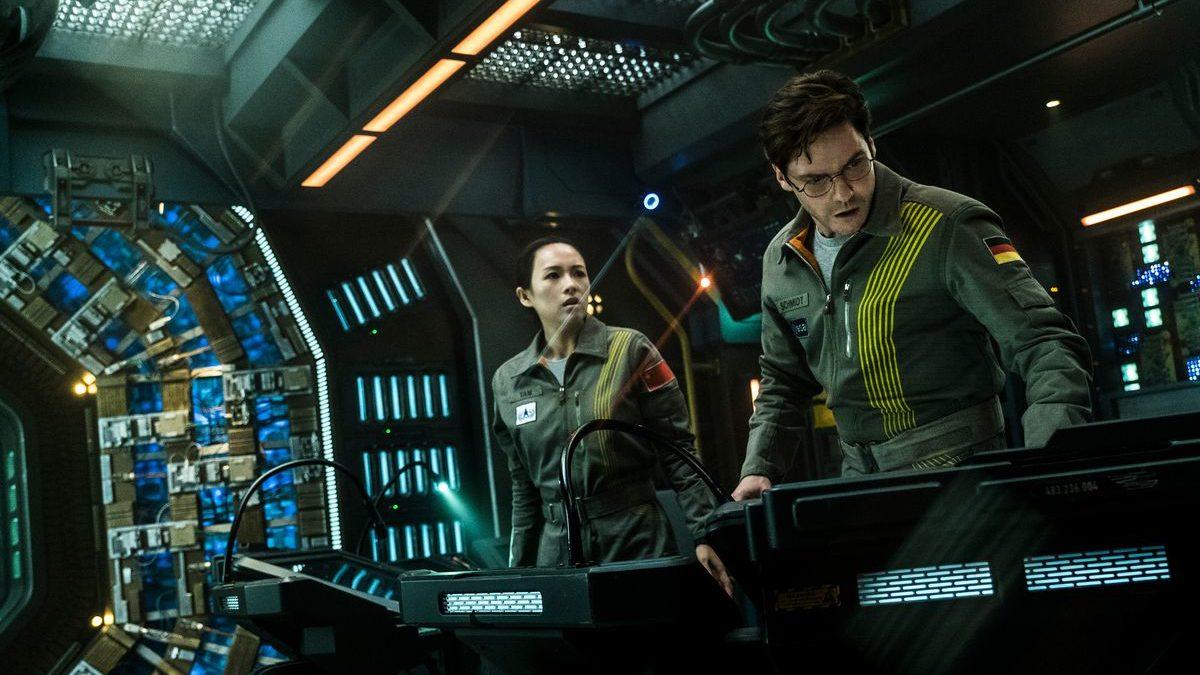 Paramount Pictures
The most recent installment in the "Cloverfield" science fiction franchise, "The Cloverfield Paradox" follows a group of scientists aboard an experimental satellite called the Cloverfield Station.
By Jake Leary — Staff Writer
Published: February 13, 2018

“The Cloverfield Paradox” is almost a horror movie, kind of a sci-fi flick and occasionally a thriller. It dabbles in several genres but never commits wholly to any of them; instead, the film feels incomplete, cobbled together and woefully unsatisfying. That’s the true “Cloverfield” paradox — it’s both too bland for fans of the “Cloverfield” franchise and too wacky for casual science fiction fans.

Set in the near future, the film follows a group of scientists aboard the Cloverfield Station, an experimental satellite attached to a particle accelerator. The goal: create an unlimited supply of clean energy for a resource-deprived Earth. After nearly two years in orbit, the crew succeeds — sort of. By activating the accelerator, they open a rift in space–time, unleash an alien creature and end up trapped in an alternate universe.

“The Cloverfield Paradox” falls victim to a common ensemble–film pitfall. It boasts a large cast of talented actors, but director Julius Onah does little to develop any of his characters. They’re bland archetypes that viewers of any film in the “Alien” franchise are familiar with and tired of. Kiel (David Oyelowo) is the noble captain, Monk (John Ortiz) is the religious doctor, and Mundy (Chris O’Dowd) is the energetic engineer. Only Ava Hamilton (Gugu Mbatha-Raw) has a motivation and character arc. Ava’s children died in a fire due to her negligence, leaving her with nothing left to lose. So, when she crosses into the alternate dimension and discovers that her children are alive and well, she’s confronted with a complicated moral decision: to warn the alternate Ava so she doesn’t repeat the original Ava’s mistakes, to abandon the mission and live on the alternate Earth with her alternate children or to return home without checking in on her family. Unfortunately, shortly after this conflict is introduced, the only logical choice becomes painfully obvious.

To Onah’s credit, the early scenes aboard the Cloverfield are tense, scary and surreal. After crossing dimensions, the crew discovers Jensen (Elizabeth Debicki) fused into the internal wiring of the station. The image of her — screaming, bloody and perforated by wires and bits of metal — is chilling and utterly bizarre. But as the film progresses, these forays into the weird become downright goofy. At one point, Mundy’s arm is swallowed by a wall. Several scenes later, he finds his hand crawling around of its own volition. It’s an image that’s at home in “The Addams Family” but hardly fits in a serious sci-fi film. That’s the film’s greatest failure — there isn’t a singular vision. It tries to juggle philosophy, horror, comedy and hard sci-fi, but each element is undercut by the others. That isn’t to say that a film should be only comedy or only horror, but rather that the viewer should be able to discern a central thesis in any movie no matter how commercial or convoluted it may be. And in the case of “The Cloverfield Paradox,” that’s not possible.

The Earth-based events are even less appealing than the on-station action. The B plot centered on Ava’s husband, Michael (Roger Davies), shows an alternate perspective of the carnage from the first “Cloverfield” film. But these scenes have no bearing on the events aboard the Cloverfield Station and don’t expand the series’ lore in an interesting way. Instead, it feels like a shoehorned attempt to attract fans of the original. Cheap nostalgia plays aside, the frequent detours down to Earth detract from the feeling of isolation and anxiety aboard the satellite. The scientists are trapped in space and in an unfamiliar and unwelcoming dimension. So why not trap the viewers with them? Why not make the audience feel what the doomed astronauts are feeling? It’s an unfortunate break in tension that spoils the little goodwill the film builds.

Ten years after the original “Cloverfield,” people still reference its fresh take on shaky camera action and Kaiju destruction. Two years after “10 Cloverfield Lane,” people fondly remember its harrowing performances and heightened suspense. But six months after its release, will anyone still talk about “The Cloverfield Paradox”?