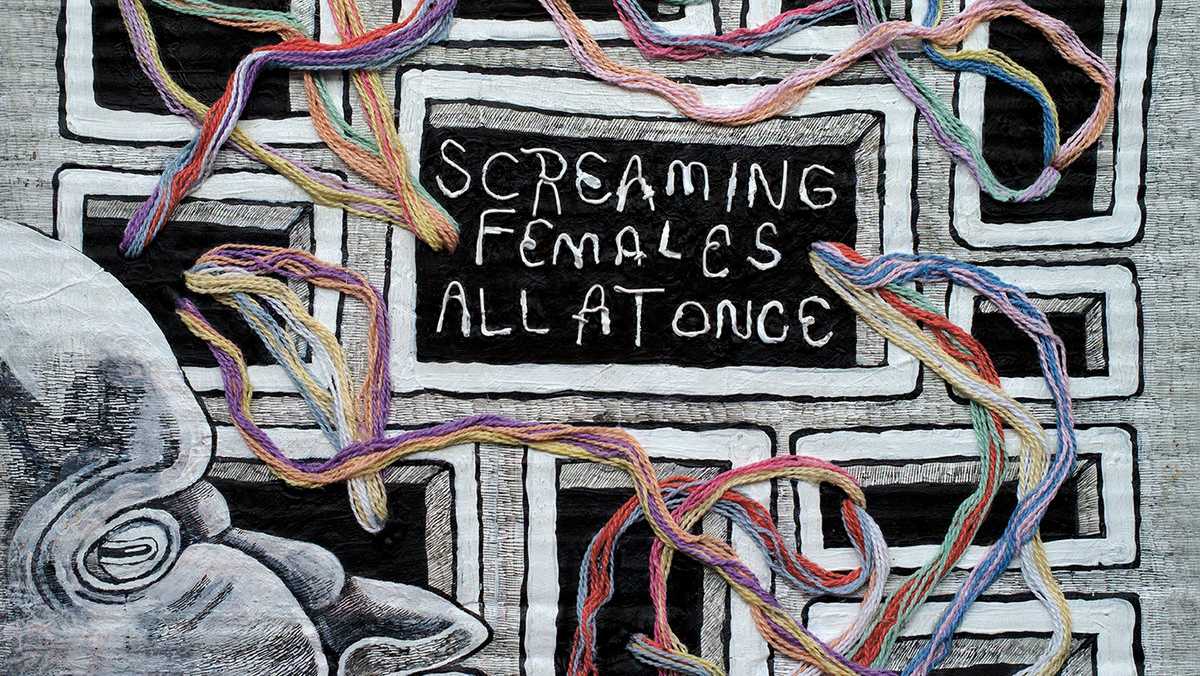 Contrary to what one may think when hearing the name Screaming Females, the New Jersey rockers’ name only partially applies to their sound. Marissa Paternoster,  lead singer and guitarist, offers an alluring voice to haunted yet artistic lyrics. The band is also known for its shredding guitar and bass solos and captivating drum beats provided by — gasp! — two guys. Its seventh LP “All At Once” is no exception to its sound, providing some of the most anthemic and melodic songs of its career while staying in touch with its underground, basement-show roots.

The album immediately starts off strong with the powerful opener, “Glass House”. Though the guitar solos and breakdowns do not occur until halfway through the track, Paternoster’s memorable vibrato is unmistakably present. It sets the tone for the storehouse of killer jams that are sure to be stuck in your head for days and weeks to come.

Throughout this record, Screaming Females is able to blend a strong amount of experimentation with its classic punk rock sound. The next song, “Black Moon,” catches the listener’s attention with upbeat drums and nifty bass riffs. Along with numerous guitar solos, “Agnes Martin” throws in an instrument that one would not usually expect a punk band to use: the organ. Other tracks later in the album opt for a more mellow approach. Tracks like “Deeply” and “Drop by Drop” use softer guitar melodies in order to better showcase Paternoster’s versatile, sultry voice.

The standout track of this record is the album closer “Step Outside”. This song mixes all the different elements of punk and indie into one fabulous masterpiece, complete with groovy guitar solos, drastic tempo changes and, of course, energetic vocals. Although this particular song lacks Paternoster’s usual impeccable vocals, it makes up for this with its instrumentals, proving it to be a phenomenal way to end the album.

What is most impressive about “All At Once,” however, are the lyrics. Out of all seven albums they’ve released thus far, this LP has some of the most emotionally intelligible lyrics Paternoster has written. Songs such as “My Body” and “Soft Domination” discuss the tension between wanting to be truly known and seen, and the fear of allowing one’s identity to be defined by others as a result of being too open to others. But rarely does this directness mean sacrificing inspired language — “Glass House” grabs attention immediately with Jim Morrison–esque style with lines like “Take my madness beneath your heel/ Even if it bends.”

After a three-year-long hiatus following the release of their 2015 album “Rose Mountain”, Paternoster provides one of the most original active voices in rock — musically, vocally and lyrically — and speaks plainly about life on every level. With some bands it would represent a weak point in their career — some may argue that by opting for simple lyrics, an artist has lost their creative direction. For Screaming Females, however, it is just another display of how powerful women in the music industry can truly be.

Screaming Females will perform in Ithaca at The Haunt on April 12.