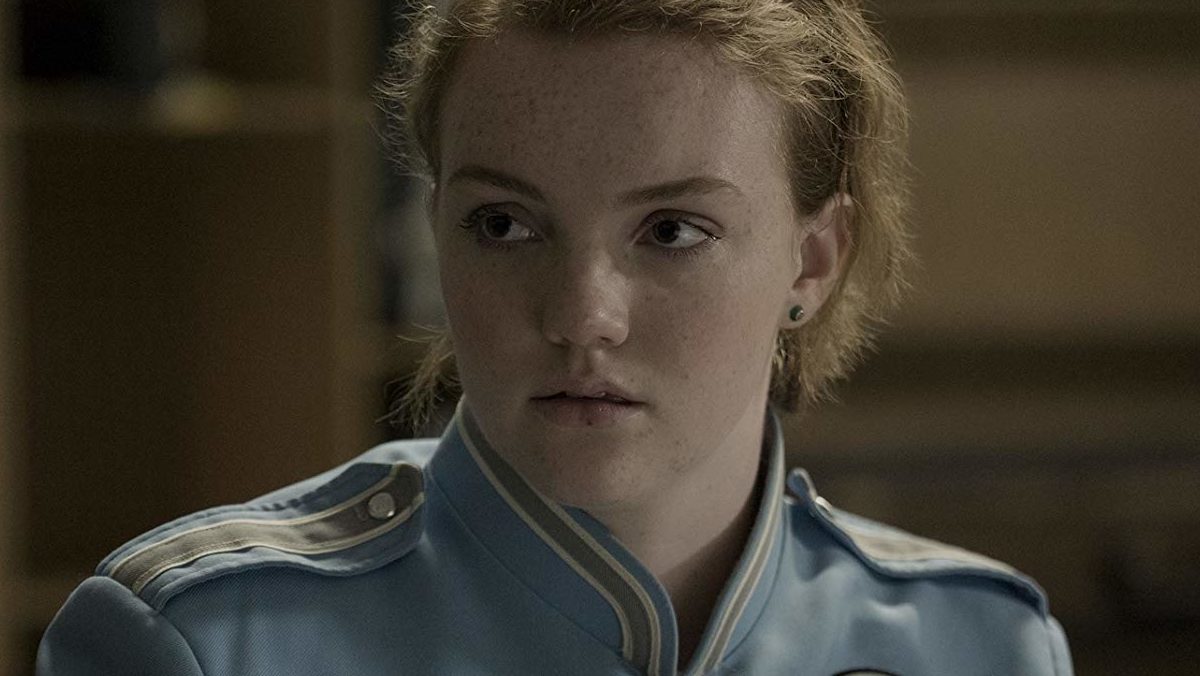 Netflix
In the Netflix original "Sierra Burgess is a Loser," nerdy Sierra (Shannon Purser) enlists the most popular girl in school to help her catfish her football player crush.
By Liza Gillespie — Staff Writer
Published: September 11, 2018

Sierra Burgess is a Loser

“Sierra Burgess Is a Loser” had the chance to be a great love story — if only it didn’t focus on romance.

Sierra Burgess (Shannon Purser) prides herself on being the only teenage girl not obsessed with her appearance. She’s smart, confident and too focused on making her college application stand out to be bothered by her school’s resident popular girl, Veronica (Kristine Froseth), and her mean comments. However, when Jamey (Noah Centineo), a cute football player, starts texting her thinking she’s Veronica, she comes to find she’s not as secure in herself as she thought. This leads to Sierra and Veronica striking a deal that’s mutually beneficial and destined for disaster from the start.

The film, a Netflix original directed by Ian Samuels, is crowded with ’80s-style young adult romance cliches and plays out exactly the way anyone who’s seen a John Hughes movie would expect. The central romance between Sierra, a bookish and conventionally unattractive girl, and Jamey, a jock with a heart of gold, feels dull and outdated even with the use of modern technology. Even though Sierra’s self-confidence in spite of her social outcast identity is refreshing, this trait is short-lived, and her character quickly becomes just another girl who won’t believe she’s good enough until a boy tells her so. The stereotypes of Sierra and Jamey’s characters become even harder to ignore as the film does little to develop their romantic connection. Like many stories centered on young romance, the film gives little justification for their feelings toward each other, which makes it hard to invest in their relationship.

Time that could have been spent establishing their relationship or giving dimension to Jamey’s character is used for unnecessary subplots instead. Five minutes are wasted on a scene dedicated to Sierra and her only friend, Dan (RJ Cyler), trying out for the track team, which has no effect on the rest of the plot. Dan’s character only serves as Sierra’s moral support, which tragically underutilizes Cyler’s endearing charisma.

Another consequence of the film’s romance taking priority is that it overshadows the more compelling relationship between Sierra and Veronica. Despite Veronica’s character archetype being equally as overused as the others, her friendship with Sierra isn’t one viewers often see. Veronica starts out as cartoonishly rude and antagonistic, but her gradual redemption that results from her friendship with Sierra is the most convincing arc in the story. Consequently, the scenes in which Sierra and Veronica confide in and help each other are the film’s emotional peaks.

Despite how heartwarming the bond between Sierra and Veronica is, their scheming only works further against Sierra’s romance with Jamey. Sierra’s gaslighting of Jamey is not only creepy, but her seeming lack of remorse for her actions makes her unlikeable. Sierra’s deception of Jamey becomes less fun and more cruel as the story goes on, and if the film were any other genre, Sierra’s character would more likely be a villain than a hero. Sierra’s unlikability hits its peak at the film’s climax, where her actions are unapologetically mean and out of character.

In fact, the only reason Sierra is the littlest bit charming is owed directly to Purser’s talent. Purser’s detail-oriented performance brings a sincerity and sympathy to Sierra that succeeds in eclipsing a few of her morally ambiguous moments. The rest of the cast comes off as similarly overqualified. Centineo and Froseth stand out in particular. Centineo works well with what little he’s offered and manages to bring charm to underwritten scenes. He shines the brightest in scenes when he’s swooning over Sierra, with his reactions to her flirting being both awkward and adorable in the best way.

Ultimately, the film tries and fails to add any nuance to the young adult rom-com conversation. In favor of an overly nostalgic, paint-by-numbers romance, it overlooks the far more innovative and heartfelt love story about Sierra and Veronica’s friendship. The three plots of Sierra’s collegiate aspirations, her enemies-to-friends arc with Veronica and her lackluster relationship with Jamey could all have been their own individual films — and the film’s attempt to balance all at once renders each of them incomplete. In the end, “Sierra Burgess Is A Loser” will be defined by what it could have been.