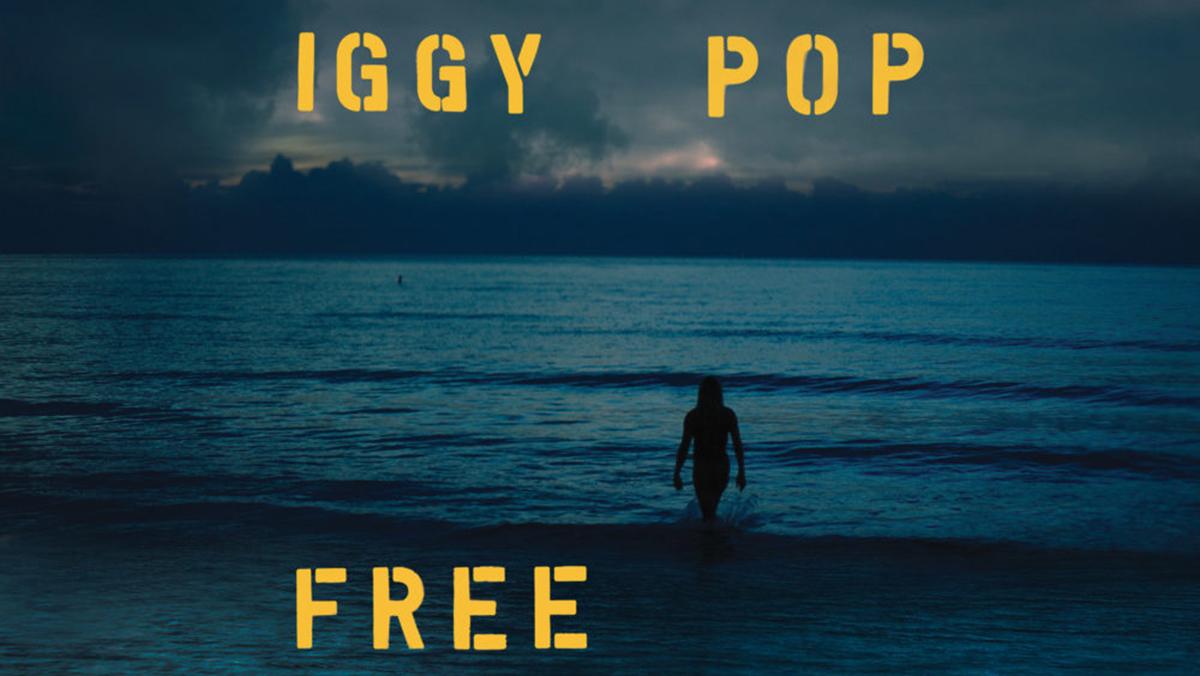 Loma Vista Records
Iggy Pop's newest album "Free" is a reflection of the artist's eccentricities, at the expense of the quality of the product. The album is jazzy, moving away from Pop's typical rock. Although some lyrics are strong, a lot of them feel bizarre and lazy.
By Kara Bowen — Staff Writer
Published: September 17, 2019

Iggy Pop is one of the few artists who perfectly represents the spirit of punk. A few of the highlights of his decades-long career include covering himself in peanut butter, performing in a loincloth, OD’ing on heroin onstage and doing cocaine with David Bowie. It seems right that, at the age of 72, the icon is still touring and recording. The fact that “Free,” his most recent release, is a 33-minute–long fusion of jazz and spoken word seems less so. But upon further examination, “Free” is entirely appropriate: Pop always did what he wanted, even if the results weren’t ideal.

Far from the gritty punk of his early career, Pop collaborates with jazz trumpeter Leron Thomas and guitarist Noveller to create an album of smooth crooning. The album’s direction isn’t unexpected; it continues a precedent set by his 2009 jazz-inspired release “Préliminaires.” The instrumentals are soulful, but sometimes the collaboration feels disjointed, and there’s a disconnect between Pop and his featured artists.

The album also seems to stretch itself too thin by trying to contain all its elements. This effect is encapsulated in “Sonali.” Pop half-sings over an unpredictable drumbeat — it’s not offbeat, but it’s also not quite at the right rhythm. It’s not unpleasant, but it is confusing.

The album’s strongest points are when its lyrics deliver a strong, cinematic narrative. The track “James Bond” creates an image of the female version of the famous spy; the lyrics describe a woman who’s “Sweet to the taste/ Bitter in the gut” over a bubbling ’60s bassline and bluesy guitar. “Glow in the Dark” has a similar narrative effect. The lyrics sound both like a confession and a lecture, but it’s not clear whether the narrator is admonishing you or projecting his own thoughts: “Positive thoughts make a brighter you/ Your sense of community is going to kill you.” These lyrics may sound contrived were it not for their vividness. They stand in stark contrast to the sparse instrumentals.

On other tracks, however, the writing is haphazard and distracting. “Dirty Sanchez” devolves into a call-and-response with less than intellectually stimulating phrases like, “You desensitized sluts/ Are always playing with your butts.” On one hand, the lyrics are immature and carry on the capitalism-as-sex metaphor for far too long. On the other, being called a “slut” by a 72-year-old rock god is an experience worth having.

“Free” produces a similar effect to Jack White’s 2018 album “Boarding House Reach” — the two artists veer out of their musical lanes, playing with spoken word and jazz influences that don’t sound completely put together. These influences combine like pieces from two different puzzles, almost fitting but not quite. What separates the two albums, however, is that while “Boarding House Reach” seems dry and weird for the sake of it, “Free” is enthusiastic about being off-kilter. Pop is still unhinged, but, even after 18 albums and over four decades, he’s still managing to have fun.