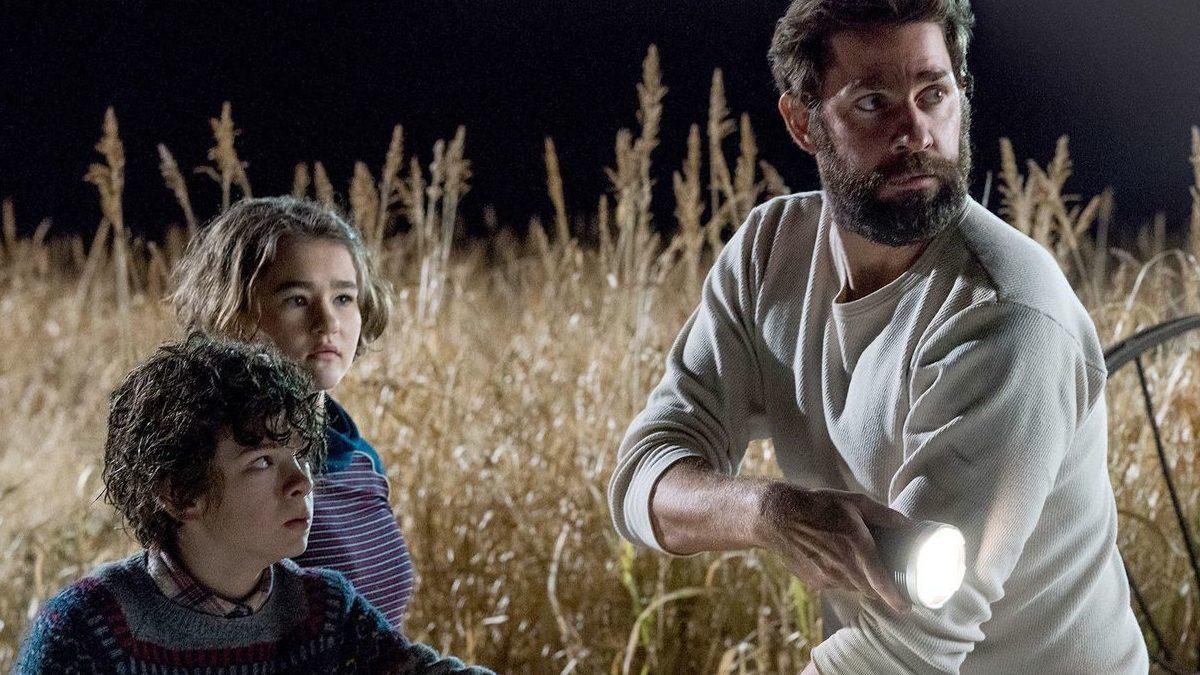 Paramount Pictures
Known for his role as Jim in the workplace comedy "The Office," John Krasinski wrote, directed and starred in the horror film "A Quiet Place."
By Arleigh Rodgers — Staff Writer
Published: April 10, 2018

John Krasinski’s “A Quiet Place,” an anomalously disquieting thriller, demands to be viewed in permeating, penetrating silence. Set in the near future, the film charts the life of the Abbott family as they navigate a world newly ravaged by creatures that hunt by sound. A title card opens the film: “Day 89,” it reads, purposefully and ambiguously introducing us to the invasion. In this new era, the stakes are unavoidably clear — death is certain for those who make any noise.

A daunting shroud of mystery hangs over the monsters. It’s not clear whether they were invented by mankind or are just an enigma of untraceable origin. Since the monsters exist outside the family’s control and so little is known about them, “A Quiet Place” becomes more about the Abbotts and their will to survive. While they are subjected to the motives and movements of the creatures, the Abbotts aren’t completely hopeless. They’re a rare collection of rational, competent characters — something often left out in popular horror movies. The grotesque is balanced with the humane, leaving room for a genuine love that links the members of the family. Because of this, the film’s terror comes not only from the Abbotts’ fear of the creatures, but also from their terrified whispers, petrified eye contact and urgent sign language. Each action is an intimate moment seemingly outside of the panic, a haunting language that allows the audience to care for the Abbotts and their safety. The intimacy is also shown in partners Lee (Krasinski) and Evelyn (Emily Blunt), who struggle to shape a world in which their children are safe. It’s a combination that proves as troublesome to reach as it sounds. “Who are we, if we can’t protect them?” Evelyn asks. Though only voiced in this one scene, it’s a question that hangs palpably between them.

Well-equipped with necessary food and transportation — the characters walk on a path of sand between destinations — the family’s home functions as a haven in a world of horror. The Abbotts have a comfortable routine, adjusted to their new lifestyle, replacing porcelain plates with lettuce leaves and each player in Monopoly for pieces of felt. There’s a sense of tranquility despite their unsettling situation, a feeling that is a reminder of the humanity that prevails in a world defined by terror.

An undertone of foreboding — the fear that, inevitability, a character will make a mistake — prefaces each attack in the film. Like most of the film, there’s little dialogue in the first scene that explains why these characters speak in whispers and sign language. Misgivings and hesitations are present immediately, but what’s more terrifying is the inexorable sense of dread that accompanies them. And as the story continues, the dread remains. As chilling as these creatures are unnamed and faceless, they prove more sinister when the Abbotts confront them. The monsters are familiar in shape, reminiscent of the Demogorgon in “Stranger Things” and the alien in “Alien,” but they’re effective in execution. They terrorize without being tawdry and scare without being gimmicky.

Accompanying this indelible fear are the stellar performances by the cast. Krasinski and Blunt are, as expected, phenomenal. Their relationship is captured with understated ease, the result of little moments interwoven with the chaos. One scene shows them slowly swaying back and forth, holding each other close in the basement of their house while listening to music through headphones. And yet, the true shine emanates from Millicent Simmonds and Noah Jupe, who play Regan and Marcus, the couples’ children. Simmonds is brash and headstrong as Regan; Jupe is equally enrapturing as the timid, reserved Marcus. They love and will sacrifice anything for each other. The four together are vital to this film. Without their alliance, the film would be far less interesting and engaging.

It’s encouraging to see a horror film both so visceral and so unequivocally frightening. The balance Krasinski achieves is notable, the mark of good direction and understanding of how to make an audience fear something that isn’t real. If there’s anything a director working in horror should know, it’s that fear isn’t the extent of the genre: The authenticity of the characters and quality of the scares are both important to the audience. “A Quiet Place” has done this with spectacular, unabashed skill.