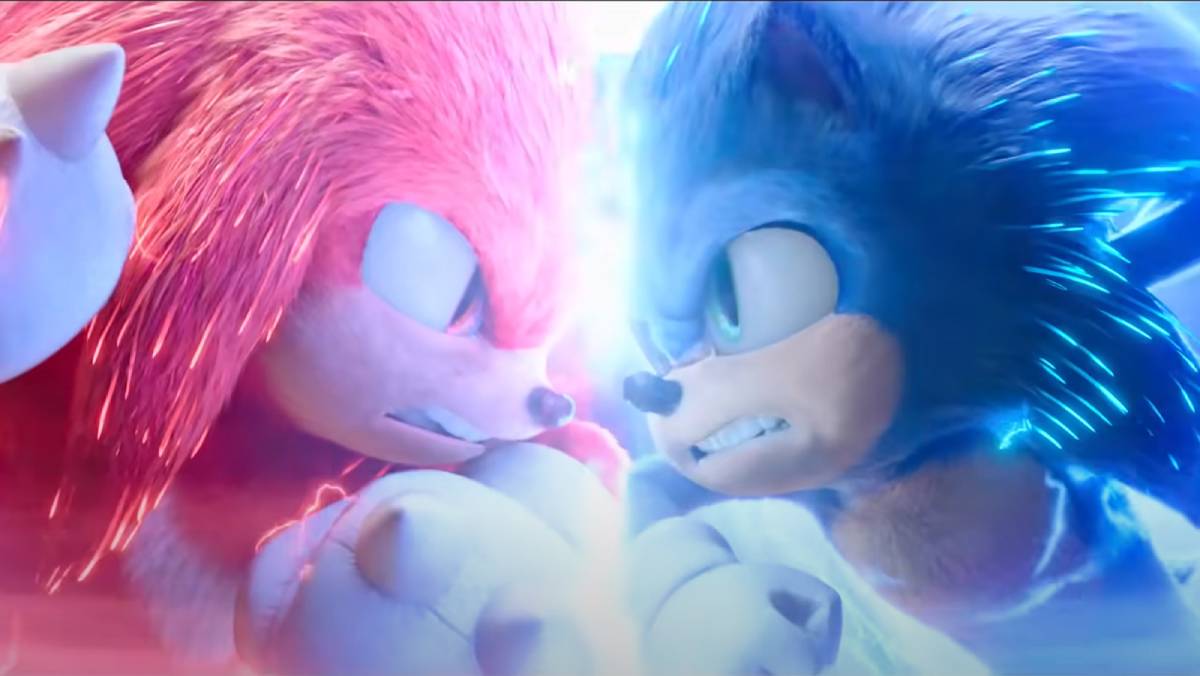 When I saw the first “Sonic the Hedgehog” film in February 2020, I was pretty disappointed. As someone who grew up a pretty big fan of the titular blue blur, I had anticipated his sprint on the big screen for years. Unfortunately, I was met with what was essentially a re-color of the 2011 Easter-themed children’s film “Hop.” James Marsden plays an average-Joe who crosses paths with a silly rodent and gets caught up in all of his problems. Both films fit this description to a tee. “Sonic the Hedgehog” was unoriginal and didn’t take enough advantage of the goldmine of source material it had available, opting instead to present a generic action plot under the likeness of one of the most well-loved personas in all of gaming, absent of the rich characters and plot points the series had already crafted for over 30 years. One part of the movie did happen to grab my attention: the end-credit scene in which Sonic’s iconic partner Tails leaps out of a portal into Sonic’s new home on Earth.

This scene already put the sequel at an advantage. The first film’s greatest weakness is directly fixed by the new film’s greatest strength: actually being about “Sonic the Hedgehog” characters. Sure, the human characters are granted a little side plot about going to a wedding in Hawaii, but the interactions between Sonic, Tails, Knuckles and Dr. Eggman throughout the film make the irrelevant human scenes worth it.

While I prefer some of the older-voiced iterations of the hedgehog from the video game series, Ben Schwartz does a pretty good job providing Sonic’s voice. Tails’ voice actress, Colleen O’Shaughnessy, has been voicing the two-tailed fox since 2014, and for good reason. Her voice suits him flawlessly in both appearance and attitude. Idris Elba’s casting as Knuckles was a total shock to me (as well as the entire internet), but his voice gave the echidna a tough and much-needed edge after Knuckles’ goofy and dim-witted portrayal in the 2014 animated series “Sonic Boom.”

Unfortunately, Dr. Eggman’s history as Sonic’s #1 rival doesn’t exclude him from the film’s weaknesses regarding human characters. This isn’t at the fault of Jim Carrey’s performance, rather the lines he was given to perform. The writers seem to have been a bit distracted with writing for Carrey that they forgot he was portraying a character who’s had his own personality since 1991. This isn’t to say all of the Eggman scenes fall through, but the exciting appearance of the iconic animal trio leaves fans wishing the portrayal of Dr. Eggman was as faithful as the other characters.

Dr. Eggman’s shortcomings are patched up thanks to the introduction of Knuckles in this film. The fight scenes between Sonic and Knuckles are satisfying for a lifelong fan of the series who has seen the two clash on other occasions. The film’s improvement of using source material is present in more than just the portrayal of its characters. A scene in which Sonic snowboards down a mountain atop a long piece of scrap metal mirrors the opening cutscene of the 2001 platformer “Sonic Adventure 2” (one of my personal favorites). Knuckle’s relationship with Dr. Eggman is the same one fans saw in his debut, the 1994 Sega Genesis game Sonic 3 & Knuckles.

These “Easter eggs” make the sequel to the first non-satisfactory film feel as if more heart was put into portraying such extremely well-loved and recognizable characters. The apparent “Sonic Cinematic Universe” that’s being created took a huge step in the right direction with “Sonic the Hedgehog 2,” and the recent box office achievement of best opening weekend for a video game film casts a shadow of success over the franchise’s future.

Review: ‘Frankenweenie’ takes a twist on a classic tale

‘Dredd’s’ plot surrounds a futuristic city run by the cops, who also run the judicial system.