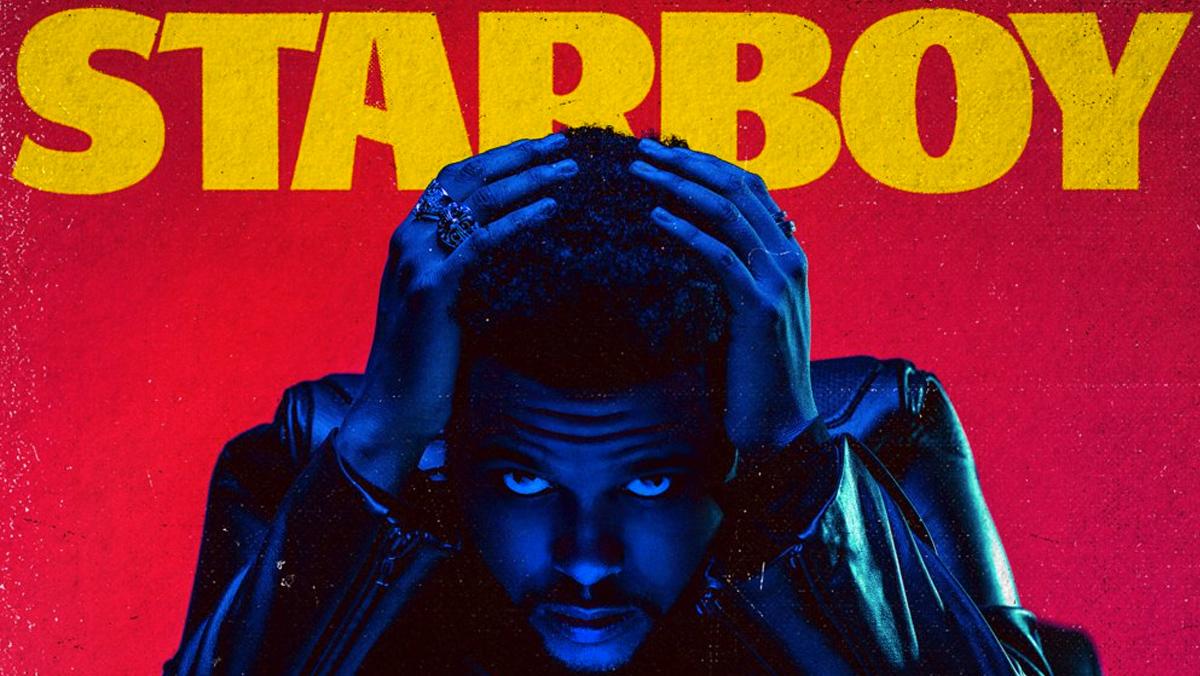 Hip-Hop artist The Weeknd’s new album, “Starboy,” envelops listeners in a paranoid venture into sex, drugs and insanity. The 18-track album highlights The Weeknd’s raw voice and compelling style and reveals a new side of him, showing his vulnerability and insanity in multiple tracks.

“Starboy,” the title track, featuring Daft Punk, is a hypnotic and fun pop hit. The Weeknd plays well with Daft Punk’s techno spirit, adding to The Weeknd’s sense of rhythm and blues and soul. The song’s anxious and crazed tone sets the mood of the album and creates a sense of madness for listeners: When the chorus hits, they have no choice but to dance. The second track, “Party Monster,” brings listeners into a repetitive chorus that hypnotizes them into a trance of paranoia.

The sporadic beat and rapid vocals in “False Alarm” create a tension–filled, almost pop-punk song. The wildness of this track is tied to an exploration of materialism. It focuses on an obsession with money, diamonds and wealth — a common theme throughout the album. “Reminder” gives its listeners their very own reminder of The Weeknd’s success. In the song, he calls out the fact that he was nominated for a Kids Choice Award for his hit single “Can’t Feel My Face,” even though it has heavy undertones of drug abuse.

“Rockin’” and “Secrets” are The Weeknd’s typical ecstasy-driven pop hits that keep listeners interested, while “True Colors” slows down and brings out The Weeknd’s roots as a smooth R&B singer.

Lana Del Rey is introduced as the next feature on the album with “Stargirl Interlude.” Though only there for a short two-minute track, Del Rey’s raspy sad-girl voice works well with The Weeknd’s subtle tone. The song is a soothing transition into the next chapter of the album.

The next track, “Sidewalks,” featuring Kendrick Lamar, is one of The Weeknd’s best songs to date. The track follows the stories of both Lamar and The Weeknd and their struggles growing up. “Well if they really made me then replace me/ Homeless to Forbes List,” The Weeknd sings, showing that he has truly changed and that he respects the “sidewalks” that saved his life. Though uncredited, Sam Smith creates a beautiful chorus for the track that stays with listeners after they finish the song.

“Love to Lay” and “A Lonely Night” build up a classic hip-hop tone, bringing listeners into a retro feel similar to what Bruno Mars has been delivering recently. “Attention” brings out The Weeknd’s raw vocals. The track feels almost acoustic at times with its simplistic beat accompanied by subtle, repetitive lyrics. The song digs deep into the theme of betrayal and love, with The Weeknd’s telling his lover, “You’re only looking for attention/ the only problem is you’ll never get enough.”

“Ordinary Life” and “Nothing Without You” begin to sound familiar, but The Weeknd’s flow and confidence are enough to keep the listener riveted. He immerses his audience into his crazed life of sex and drugs without letting go. “All I Know,” featuring Future, has its highs and lows. The Weeknd’s ability to captivate listeners with his sound is a positive, but Future’s loud auto-tuned voice gets in the way throughout the song, leaving listeners wishing that they could just hear The Weeknd’s solo version. The next track, “Die for You,” sucks listeners right back into the action of “Starboy.”

Bookended by two Daft Punk features, the album concludes with “I Feel It Coming,” an ’80s–era techno hit with a clever use of synth beats and a mellow tone, adding something special to the end of the album.

Overall, The Weeknd has created one of the most fun and hypnotizing albums of 2016. His heavy themes of materialism, betrayal, love, sex and drugs immerse listeners into the “Starboy” world. Beginning the first half of the album in a paranoia of wild, sexy undertones but then bringing the second half of the album into a calm and collected R&B jam was genius on The Weeknd’s part. “Starboy” creates a vibe that listeners will not forget anytime soon.