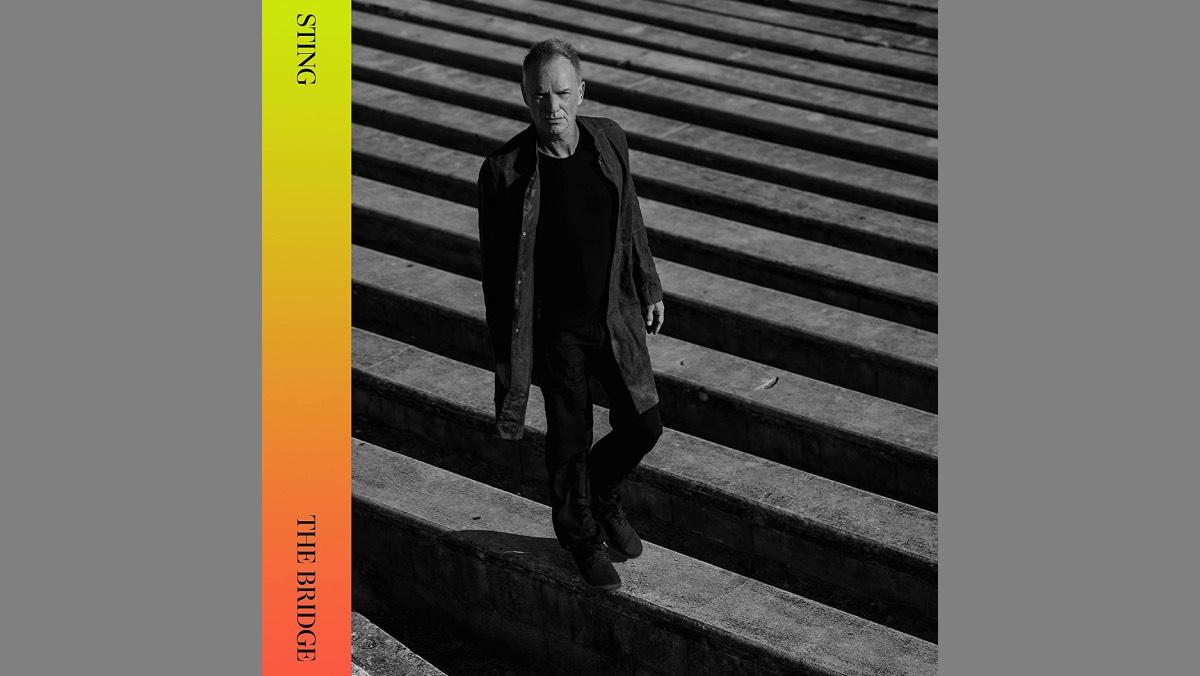 Courtesy of A&M Records
"The Bridge" is a technically impressive, although overall non-innovative album from Sting, the former lead singer and bassist for The Police.
By Eleanor Kay
Published: November 30, 2021

Sting, former lead singer and bassist for the rock band The Police, has released 13 studio albums since his first solo album in 1985. In his latest release, “The Bridge,” Sting attempts to create a unique album by blending sounds of classic rock and pop music. Though the overall sound of the album is technically impressive, there is nothing innovative or notable about the album.

As a whole, the album lacks creativity and diversity in its sound through repetitive musical and lyrical patterns. Though it is easy to listen to and appeals to the common ear through soft sounding chords, it doesn’t bring anything new to the table. The listener is easily able to predict the nature of the next song because of the similar guitar patterns and musical tones of each track.

The production quality of “The Bridge” is comparable to others Sting has released. He is a well-trained artist and was prominent in the rock scene for over 30 years. His other solo albums produce the same crisp quality that this one does — though, “The Bridge” should be applauded for its technical qualities because it was recorded during lockdown. Sting has a talented team that creates top–notch recording and production value, but this album doesn’t provide any groundbreaking sounds.

The opening track, “Rushing Water,” sounds like it was made solely to be played on the radio along with every other overplayed classic pop–rock song. The electric, four-chord progression in the background is a key component of this. The lyrics are also predictable, and listeners will have the chorus memorized by the end of the song. This sets the tone for a common theme throughout “The Bridge” — a lack of interesting lyrics. Most of the tracks stick to the specific pattern of verse, pre-chorus, chorus, bridge, chorus. The repetitive nature makes the lyrics become expected and uninteresting to listeners. This pattern specifically sticks out in the track “If It’s Love.”

All of the song lyrics have a connection to the album title, “The Bridge,” as Sting reflects on where he has been and what is to come. He is metaphorically in the middle of a bridge and is looking both at his past and to his future. Though sentimental, this introspection is a common theme of music recorded during lockdown — artists had much time to reflect during this period, so much of the music that is now being released has similar themes to Sting’s album. This contributes to a lack of diversity in “The Bridge” because this idea is now overdone and has turned into a cliché.

The stand-out tracks were the final two on the album, “Captain Bateman’s Basement” and “(Sittin’ On) The Dock of the Bay” — a cover of Otis Redding’s 1967 original. “Captain Bateman’s Basement” does not contain any lyrics and instead, encapsulates listeners with interesting bass guitar patterns and vocalizations. However, the placement of the song on the album feels out of place and could have been a nice interlude somewhere in the middle of the album. “(Sittin’ On) The Dock of the Bay” is a pleasant song to conclude the album with, leaving listeners with an upbeat drum and guitar pattern.

Overall, Sting presents a nice, easy–listening album, but fails to provide anything groundbreaking in his music this time around. The now cliché trend revolving around reflecting and writing music about introspections is overly present in “The Bridge.” Though Sting provides another high-quality album production wise, most of the songs on the album all carry the same musical patterns and lack uniqueness.