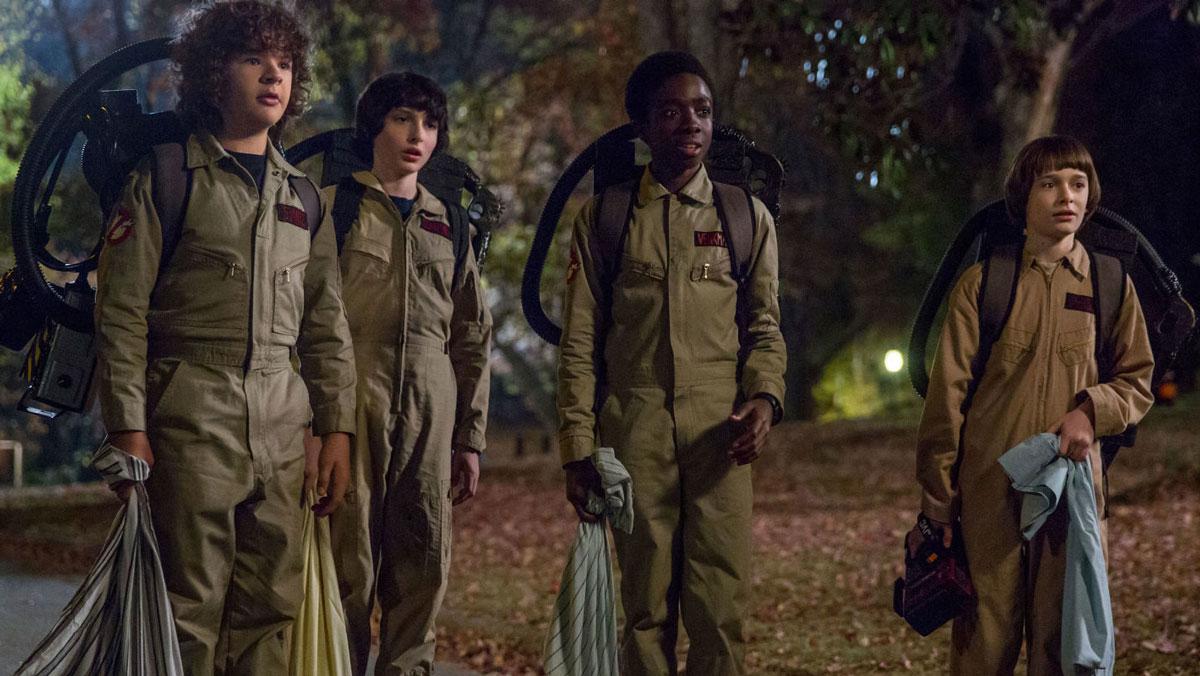 The opening scene of “Stranger Things 2” features an exhilarating car chase that ends with a new character revealing her superpowers to throw off the cops. From there, viewers immediately realize that Eleven (Millie Bobby Brown) isn’t the only character injected with superpowers at Hawkins Lab, and that this season is going to head in a new and fascinating directions — the world of “Stranger Things” got a little bit bigger.

The first season of Netflix’s supernatural small-town mystery couldn’t have been more magical, which led many fans to believe that the series might have been a one-trick pony. Anyone who thought that was clearly wrong — “Stranger Things 2” is just as enjoyable and fresh as the previous season. In fact, season two may be the perfect sequel, as it expands upon the rich mythology introduced in the first season while bringing new characters and elements into the fold.

The sophomore season of “Stranger Things” expands on the beloved storyline established in season one in unpredictable ways that really keep the viewer on the edge of their seat. The second season does not waste time reintroducing the residents of Hawkins and instead jumps right into the action.

The Upside Down, the mysterious alternate dimension that exists in parallel to the human world, takes center stage. Last season, the Upside Down was a mysterious element that wasn’t really fleshed out. After watching this season, viewers have a much better understanding of the alternate dimension. These nine episodes spend a lot more time unraveling the mystery and exploring the unknown realm.

The practical effects are top-notch, making these nine episodes immersive and visually stunning. Specifically, the Upside Down looks fantastic. Most of the effects are practical, which is an impressive feat in a world dominated by computer-generated effects. Even when the show uses CGI, like with the Shadow Monster, it still looks realistic and stylish.

One of the best aspects of “Stranger Things 2” is the characters. Mike (Finn Wolfhard), Dustin (Gaten Matarazzo), Lucas (Caleb McLaughlin) and Will (Noah Schnapp) are back. They are arguably the highlights of the show, and watching them learn from their mistakes, make some new ones and develop is an absolute treat.

There are also some amazing new characters, such as Bob (Sean Astin), who is Joyce’s goofy boyfriend who, over time, becomes one of the most charming characters. Bob’s bouncy, energetic personality is similar to the children and brings a much–needed levity to the adult story. Max (Sadie Sink) is the new girl in town with a rough past who simply wants to be accepted by the group. Her stepbrother, Billy (Dacre Montgomery), takes over as the school bully, and watching him butt heads with reformed jerk Steve (Joe Keery) is an interesting twist, as it’s almost like Steve is taking on his old demons.

As strong as this season is, it drags before the plot really kicks in, but there is a reason for that. In season one, there was one central goal: finding Will Byers and bringing him home. The first season showcased different groups of characters working on their own to solve the mystery before they all meet up at the end and uncover the case.

In season two, the narrative has completely changed. The goal becomes clear after the first few episodes — to defeat the Shadow Monster and the “demodogs,” as Dustin likes to call them, and close the Gate to the Upside Down. This direct approach does not take away from the suspense or drama, but rather sets up the stakes immediately.

Creating a sequel to a beloved property such as “Stranger Things” is risky. In this case, “Stranger Things 2” is a home run. It does everything a sequel should do — preserve what the fans loved about the first season and introduce new and fascinating elements into the mix. Season two brilliantly balanced the humor, drama and scares of season one.

Most importantly, the storyline finishes off with a satisfying ending that wraps up most of the story’s loose ends, unlike season one’s cliffhanger. At the same time, the conclusion leaves some room for interpretation. The season, as a whole, takes everything that was great in the first season and did the unimaginable: made it better, making this one of the most flawless and entertaining seasons of television available right now.