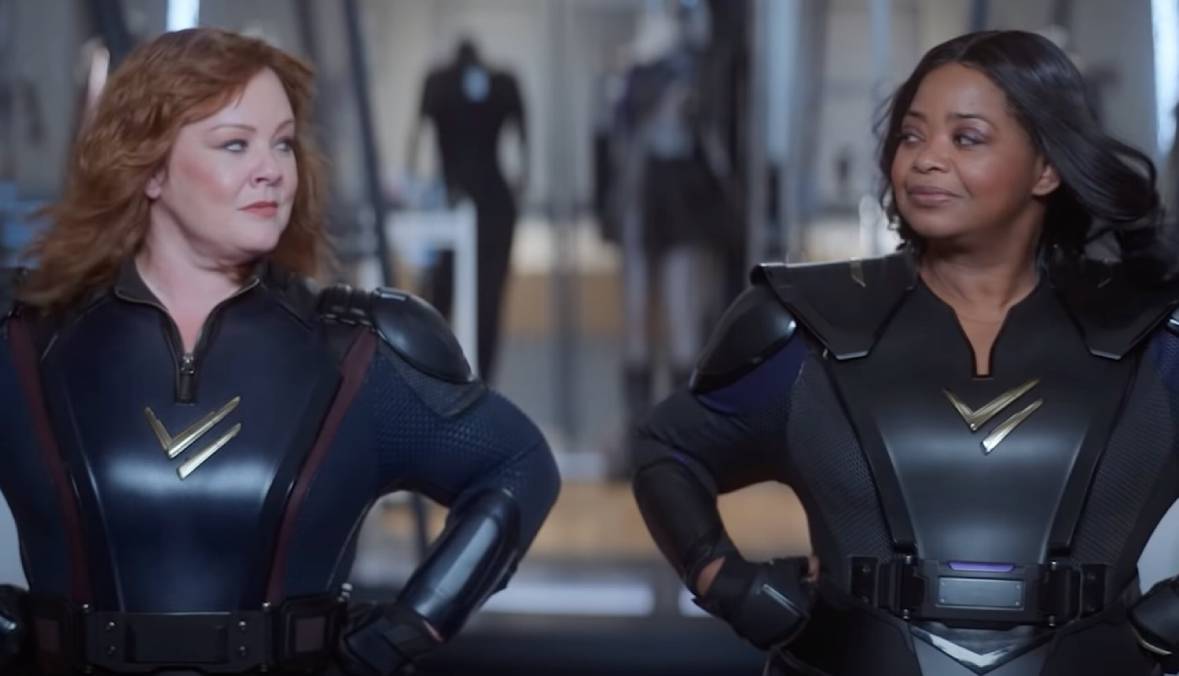 Courtesy of One the Day Productions
Ben Falcone's "Thunder Force" is a lighthearted superhero comedy, but some of the comedy doesn't land well.
By Sydney Brumfield — Staff Writer
Published: April 23, 2021

On the Day Productions

Childhood friends Lydia Berman (Melissa McCarthy) and Emily Stanton (Octavia Spencer) live in a fictionalized Chicago where the city is overrun with supervillains. After dedicating her life to creating a way to genetically modify humans to develop superpowers, Emily transforms herself and Lydia into the city’s first ever superheroes. The duo call themselves the Thunder Force.

The plot of “Thunder Force” focuses on light and fun themes of friendship and family. It is a simple journey toward the eventual goal of saving the city. The special effects used for the superpowers are well-executed and keep the viewer immersed in the world of the film.

This is not an intellectual comedy, like some of McCarthy’s other films like “The Heat.” The humor is immature and targeted toward a younger demographic but offers sparse jokes for older viewers. The comedy relies heavily on one weird recurring gag in which Lydia craves raw chicken and slurps it down while other characters look on in disgust. Supposedly her raw chicken cravings are a side effect of receiving superpowers. Watching a grown woman scarf down uncooked chicken breasts is disturbing and unnerving to watch once, and seeing it multiple times does not make it better. If viewers laugh, it is out of pure discomfort.

The character The Crab (Jason Bateman) is one of the strongest comedic elements of the film but unfortunately is lazily produced. Bateman’s transformation into a crab-human hybrid was poorly executed. The special effects for superpowers like lightning, invisibility and super strength all look great, so having Bateman walk around on-screen with crab gloves on is disappointing.

However, Bateman and McCarthy have excellent on-screen chemistry. Bateman’s killer delivery of dialogue and his screen time with McCarthy are the funniest moments in the film. When the pair first meet, when Thunder Force stops a convenience store robbery that The Crab is orchestrating, The Crab asks Lydia, “What are you?” to which Lydia responds sarcastically, “Well I’m a Gemini. What the hell are you?” In response, Bateman gives one of the funniest lines in the film: “You’d think Cancer, but Capricorn actually, Sag moon and all kinds of things rising.”

Spencer and McCarthy also play off each other well. Lydia is an unmotivated and laid-back character while Emily is hyperfocused on academia and her professional career. They are able to successfully capture the classical pairing of polar opposite characters, thus allowing hijinks to ensure. The best part of this film is seeing two older women who traditionally would not have the opportunity to play superheroes prove that they are capable of saving the city and down to have a good time.

“Thunder Force” is easy, light entertainment perfect for a family movie night. The clownish humor propelled throughout the plot is pleasing to younger viewers, and the film’s predictability is comfortable.