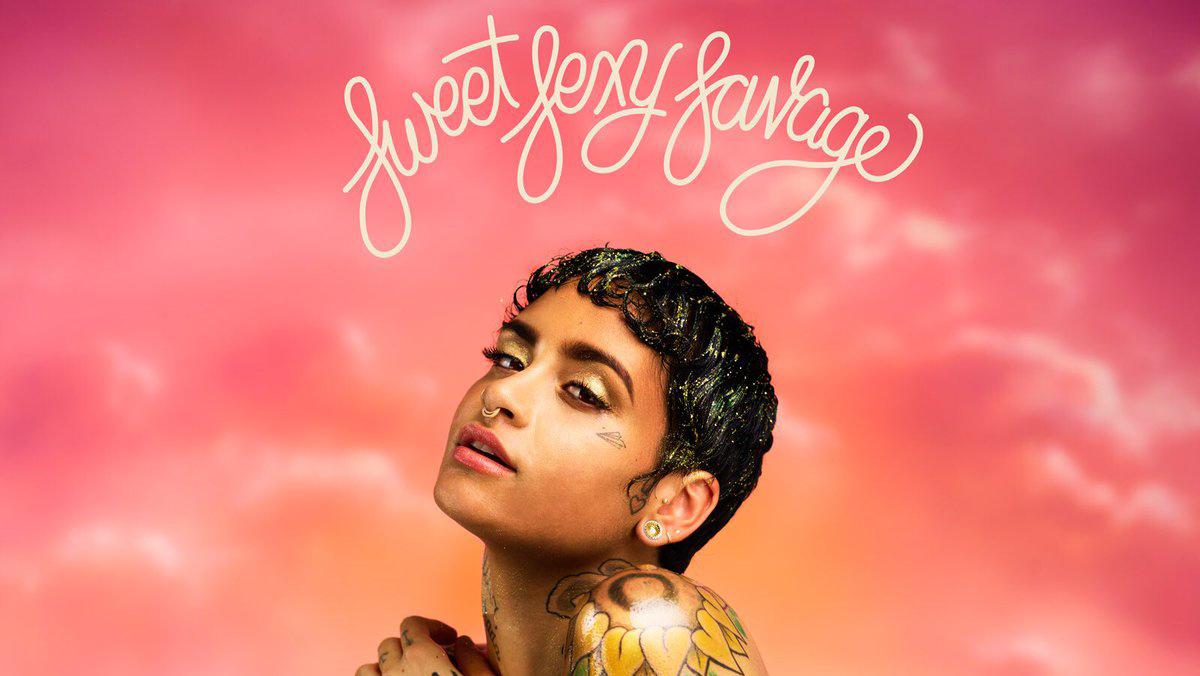 Atlantic Recording Corporation
Kehlani rose to popularity from her appearance on America's Got Talent with Poplyfe. Her first full album, "SweetSexySavage," features 18 tracks including a bonus track from the maligned film "Suicide Squad."
By Colin Barrett — Staff Writer
Published: February 8, 2017

After two chart-topping mixtapes and one Grammy nomination, Kehlani has released her first full-length album, “SweetSexySavage.” Since leaving PopLyfe, a teen pop band that gained popularity on “America’s Got Talent,” Kehlani has been a silent underdog within the rhythm and blues genre. With “SweetSexySavage,” Kehlani proves that she has a promising career ahead of her and shouldn’t be underestimated.

“Intro” beautifully opens with a slam poem focusing on independence and femininity. The next track, “Keep On,” begins with a powerful beat and demanding lyrics, instantly making the listener want more from Kehlani. She creates yet another powerful and sexy track with “Distraction,” which has a hypnotic beat that brings listeners into a world of lust and ferocity.

“Piece of Mind” is a ’90s-era throwback reminiscent of Destiny’s Child or TLC. Kehlani relies heavily on a ’90s-inspired R&B style rather than focusing on the chaotic and harsh beats of today. “Undercover” is exhilarating with its alluring production and provacative lyrics, like “One way or another, I’ma love you/ Slidin’ under covers, undercover.” The next track, “CRZY,” was the lead single off the album, and it does not disappoint. The sharp beat and lyrics ooze with swagger — “You showed up to see me lose/ But I overcome so you overcame/ Basic, basic/ Ain’t nothin’ ’bout me basic.” Confirming that the confidence she portrays in her songs is genuine, “CRZY” is the best song on the album.

In the next track, “Personal,” Kehlani slows down, bringing a softer tone to the album. She says “they sleeping on me,” telling the listener that she is the R&B talent the industry needs right now. Her new sound and flow make it clear to listeners that they should be listening to her.

“Not Used to It” talks about how far Kehlani has come: She tells listeners how she is not used to fame and how hard it is to transition from crime-ridden streets to the spotlight. “Everything Is Yours” and “Advice” are slowed-down tracks that continue the trend into a softer sound to really highlight Kehlani’s beautiful vocals.

“Do U Dirty” is when the album starts to sound too familiar for its own good. One of the major flaws of this 18-track album is that the tracks seem repetitive: “Do U Dirty” still exudes swagger, but the rhythm is almost identical to several other songs on the album.

“Too Much” is pure pop confidence — exuberant though repetitive. The lyrics “I’m too much of a woman/ Too much of a woman/ Too much of a badass bitch/ Too much of a boss, baby, it’s your loss,” are captivating and inspiring because they show true female empowerment and prove that Kehlani is running the show. The next four tracks — “Get Like,” “In My Feelings,” “Hold Me by the Heart” and “Thank You” — all sound identical to what listeners heard before. With an album that is so versatile and exhilarating in its first half, it’s disappointing not to hear a different sound in its second half. The last track, “I Wanna Be,” thankfully, returns the album to its former glory by bringing an interesting beat reminiscent of dance-worthy club music. The song is evocative of other popular R&B artists today, such as SZA or Tinashe, giving the listener a compelling beat and strong lyrics that provide a confident and alluring ending to “SweetSexySavage.”

On the deluxe album, listeners get an extra track, “Gangsta,” from the “Suicide Squad” soundtrack, which is her most intriguing track yet. She brings a soft-spoken angelic mood to the track, blended with a heavy and harsh beat, creating a provocative sound that truly makes Kehlani different from other R&B artists. Kehlani brings to the table sounds that are new and refreshing for the genre while also infusing hints of nostalgic, old hip-hop into her work. Overall, “SweetSexySavage” gives listeners exactly what the title describes. Kehlani manages to blend sweetness, sexiness and swagger into the album, and do it with unwavering confidence.