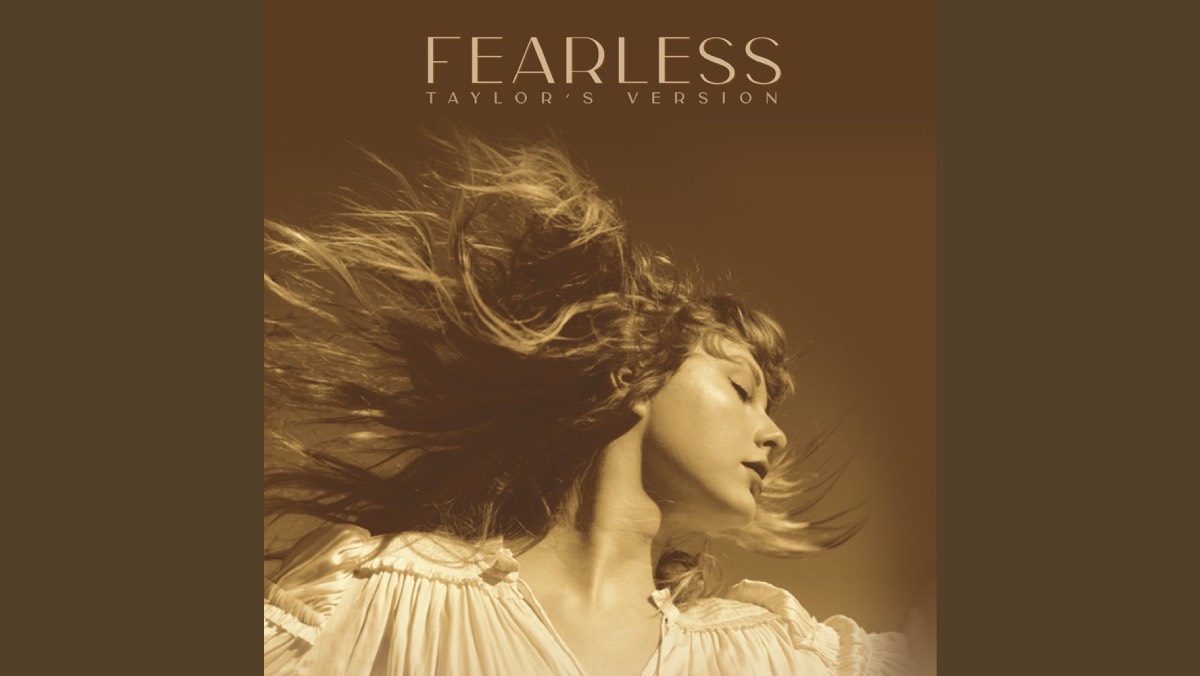 Courtesy of Republic Records
The realization of Taylor Swift being able to reclaim and recreate her music, her way, is nothing less than empowering.
By Dariene Seifert — Senior Writer
Published: April 22, 2021

Despite it being less than a year since the surprise release of “folklore” and its sister album “evermore,” Taylor Swift has already begun her journey of re-recording her first six albums. After losing her masters to Big Machine Records when signing to New Republic, Swift announced in 2019 that she would be able to re-release her music starting in November 2020. This era has started with “Fearless (Taylor’s Version),” Swift’s sophomore album. Although the singer-songwriter offers a plethora of nostalgia on this 26-track album, Swift also introduces a new, mature sound with an overall crisper production.

“You Belong With Me (Taylor’s Version)” instantly overcomes the original with its powerful electric guitar and vocals. The young, snarky narrator of the song has now transformed into a confident woman who is not afraid to state what she wants. Swift’s energy throughout the track never fades. Even the famous lyrics “’Cause she wears short skirts, I wear t-shirts / She’s cheer captain and I’m on the bleachers” feel refined since the original’s release 13 years ago. The mixing of the instrumentals and vocals feels polished.

Swift’s narrative skills undoubtedly shine in “Love Story (Taylor’s Version).” The track immerses the listener into a dreamy fairytale land right from the start. It opens with a folksy guitar as Swift does her own retelling of “Romeo and Juliet.” The building melody intensifies as Juliet wonders if Romeo will be her knight in shining armor. Once again, Swift’s impressive vocals give the narrator a stronger, more powerful presence. This uplifting tone continues into “Hey Stephen (Taylor’s Version),” which is a cutesy yet genuine track. Swift’s passion is evident as she hums along with the melody and chuckles about the title character.

The only song that is lacking is “Breathe (Taylor’s Version) [ft. Colbie Caillat].” Unlike the duet with Urban, Caillat is barely audible. The featured artist disappears in the background, like there was a problem with the mixing. Swift’s vocals and instrumentals are crystal clear, but the impact of the song about two friends going their separate ways is lost.

“Change (Taylor’s Version)” perfectly represents the album as a whole. Swift tells the trials and tribulations of the path of becoming her own artist. The vocals feel the most personal on this track, especially considering Swift’s current situation of no longer having ownership of her original masters. However, she sends out a hopeful message: “This revolution, the time will come / For us to finally win / And we’ll sing hallelujah.” The lyrics are strong enough on their own, but it is the instrumentals that turn the song into an exciting anthem.

The realization of Taylor Swift being able to reclaim and recreate her music, her way, is nothing less than empowering. “Fearless (Taylor’s Version)” magnificently proves that old themes can still be relevant today, welcoming new and old fans alike. Swift is no longer the small-town country girl but a talented artist who creates sincerely and fearlessly.