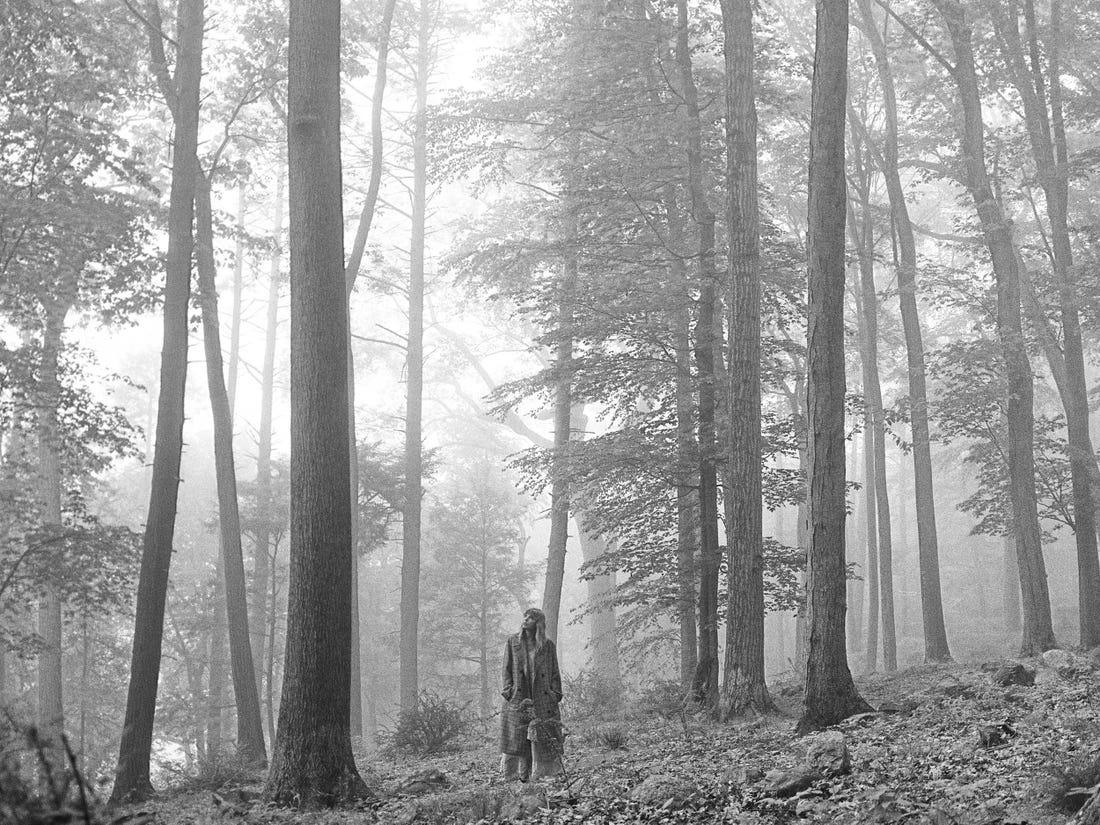 Courtesy of Republic Records
Taylor Swift's new album, "Folklore," is a return to her songs of the past. The songs match acoustic sounds with lyrics telling of love stories- the likes of which fans haven't heard since "Red" in 2012.
By Jackson Noel — Staff Writer
Published: August 6, 2020

Taylor Swift’s eighth album, “folklore,” finds the musician returning to a sound she left behind nearly a decade ago — at least on the surface.

The soft-spoken balladeer and acoustic love-song penning side of Swift’s music never evaporated completely. This style is reminiscent of “Clean” from “1989” and the title track from 2019’s “Lover.” “Folklore,” however, marks the first time an entire album is composed of this stripped back, intimate tone since “Red” was released in 2012. What makes the return to this sound special is that “folklore” was written and recorded in a few brief months during quarantine. In the interim, Swift’s music grew with a complex wisdom, creative appetite and emotional maturity. This makes “folklore” Swift’s best album in years, and she sounds like a musician reborn with a newfound spirit.

Swift quickly announced the album on social media and “folklore” found its way to listeners’ ears hours after they were made aware of it. Even before track one begins, fans could tell something was different this time around. One of the most obvious changes comes in the brief list of collaborators, consisting of frequent collaborator Jack Antonoff, with whom she also worked with on “Lover;” Aaron Dessner of The National; and Justin Vernon of Bon Iver. These figures have more in common with the indie-folk scene — cacophonies of whining strings and fanciful grand pianos — than the increasingly mainstream music of the Billboard Hot 100. In the case of “folklore,” Swift’s collaborators elevate this home-grown sound.

As noted in her social media post, these songs were born out of Swift’s lockdown imagination. Similarly, Charli XCX recorded and released her homemade electropop album, “how i’m feeling now,” during the quarantine period, proving that inspiration can be found under quarantine. Dreams, conversations, imagery and history all became the jumping off point for writing “folklore,” and Swift centers her album around the idea that stories, no matter how small, are meant to be told.

The best tracks on “folklore” appear to be ripped from the pages of Swift’s personal diary, recorded inches away from a microphone and accompanied by the earthy warmth of acoustic guitars. In particular, “cardigan” and “betty” inject all of the romance of an ephemeral love affair and nostalgic reflection.

“August” is a machine designed for dopamine production. Each broken verse sails into an explosive chorus that deserves nothing less than to be sung from the top of one’s lungs. The song is an ode to struggling with independence and crushing on someone with unshared feelings. Like “august,” many of the songs on “folklore” would only have their brilliance enhanced when performed as fireside sing-a-longs under a starry sky. The same attribute is harder to apply to some tracks on “1989” or “reputation,” two albums that fill out their production with electronic bells and whistles that mask Swift’s songwriting strengths. But on “folklore,” Swift tears down the barriers between the songs’ sentimental potency and their ability to connect with the heart of an audience.

Imagining this collection of songs staged as part of Swift’s since-canceled stadium tour planned for summer 2020 would be impossible. Songs like the elegiac “the last great american dynasty” recounts the Gatsby-like tale of Rebekah Harkness, a socialite and composer known for throwing lavish parties in the early twentieth century. This track sees Swift at her most ambitious, drawing comparisons between the oft scrutinized public image of Harkness and herself. A slow instrumental build to the song’s final moments erupts into chamber pop perfection, swirling synths and baroque strings that reveal a musician at home with her confidence. Gone is the blissful naivete of early Swift found on “Love Story,” replaced with a cultivated perspective on life’s casual adventures that years in the limelight can provide.

The faults attributed to “folklore” as a body of work are few and far between. “Hoax” disappoints as a coda that brings nothing new to cement the themes of the album, instead serving as a hushed guide to the album’s ending. Some of the weaker songs in the tracklist, like “mad woman” or “epiphany,” feel redundant only through their commitment to the more well-trodden topics of Swift’s lyricism, like relationships since dissipated and freedom since gained. But even at its most feeble, “folklore” bleeds with clever fervor and balmy, easy-listening production.

When the dust finally settles on “folklore,” Swift unveils a deeply rewarding and introspective listening experience. By way of its thoughtful assembly, Swift has created her boldest and most personal album since “Red.” “Folklore” will become the album all of her future releases will be judged against. But anyone who is a fan of Swift’s wit and impassioned musicianship, especially those who have followed her career since her early days in the country music scene, will find “folklore” to be a worthy, standout addition to her expansive catalogue.