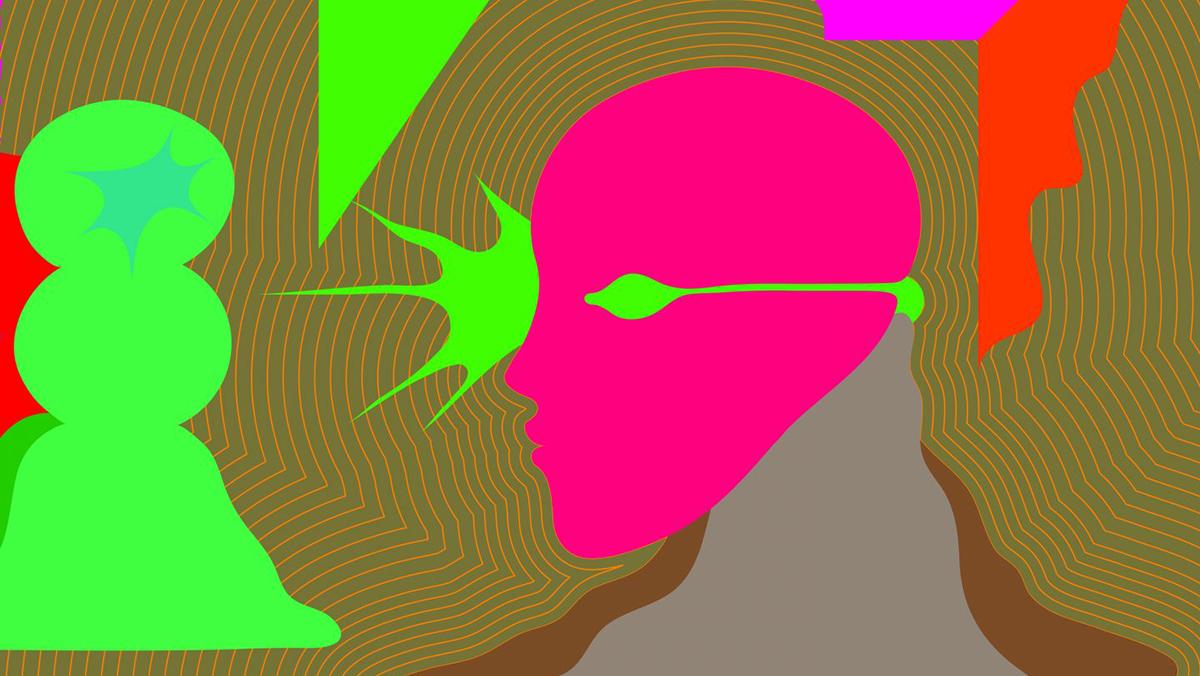 The 14th album by the alternatively inspired group, The Flaming Lips, comes in a psychedelic and rock-inspired haze. The album “Oczy Mlody,” released Jan. 13, is a mix of alternative pop and psychedelic rock. The group effectively leaped away from its former style of rock jams straight into a world of synth sounds and serene, woozy lyrics.

This album is the first full-length album from the band since its release of “The Terror” in 2013.  “Oczy Mlody” features 12 songs that, when played in the order they appear on the album, send the listener into a space-rock world designed by The Flaming Lips. The album expresses a hallucinatory feeling, with calm lyrics and dream-like sequences.

The first song on the album, “Oczy Mlody,” begins with an ominous beeping, echoing throughout the background while subsequent sounds fold into the hypnotic tone. A synthetic drum beat keeps the song moving forward while the synth sounds elicit calmer feelings. The title track provides a proper look into the types of songs the album provides.

“Sunrise (Eyes of the Young),” the fourth song on the album, features a piano ostinato in the instrumental background during the first few moments of the song, which is both new ground and a throwback to the band’s old slow-rock style. The new territory it propelled itself into with this album can be summed up through this song.

One of the most downloaded songs from the album, “The Castle,” begins with glittering synth chords and a simple drum beat. The lyrics describe different aspects of a woman that Wayne Coyne, the frontman of the band, admires, such as her hair, body and eyes. In an interview with The Future Heart, Coyne said he wrote the song immediately after a close friend of his had committed suicide. He used the song to cope with the loss of his friend, whom he dearly loved and cared for. Coyne told The Future Heart that the words simply flowed out of him, expressing the sadness that he had felt at the time.

The last song of the album, “We a Family,” features vocals from the band’s new friend, Miley Cyrus. The song begins similarly to the other songs from the album with a fast-paced, electronic riff. Coyne and Cyrus share a cohesive sound, allowing their collaboration on this song to pair together nicely. With hazy synth chords and distant orchestral string chorus in the background of the instrumental, the song features both performers singing raw lyrics, full of emotion.

Overall, the album produced by The Flaming Lips is different, serene and adventurous. The group took a risk by drifting from its slow-rock roots to a trippy alternative style, allowing the group to express new emotions. While this style change is drastic, some of its old-rock origins were intertwined within the album, paying homage to where the band began. “Oczy Mlody” takes the listener on a drug-induced trip, stopping to feel Coyne’s raw emotions. The beginning of the album seems mundane due to the repetition and monotony of the music but quickly proves that “Oczy Mlody” is engaging and stylistically complex. With a few flairs, the group manages to produce an album with a truly alternative soul and voice.