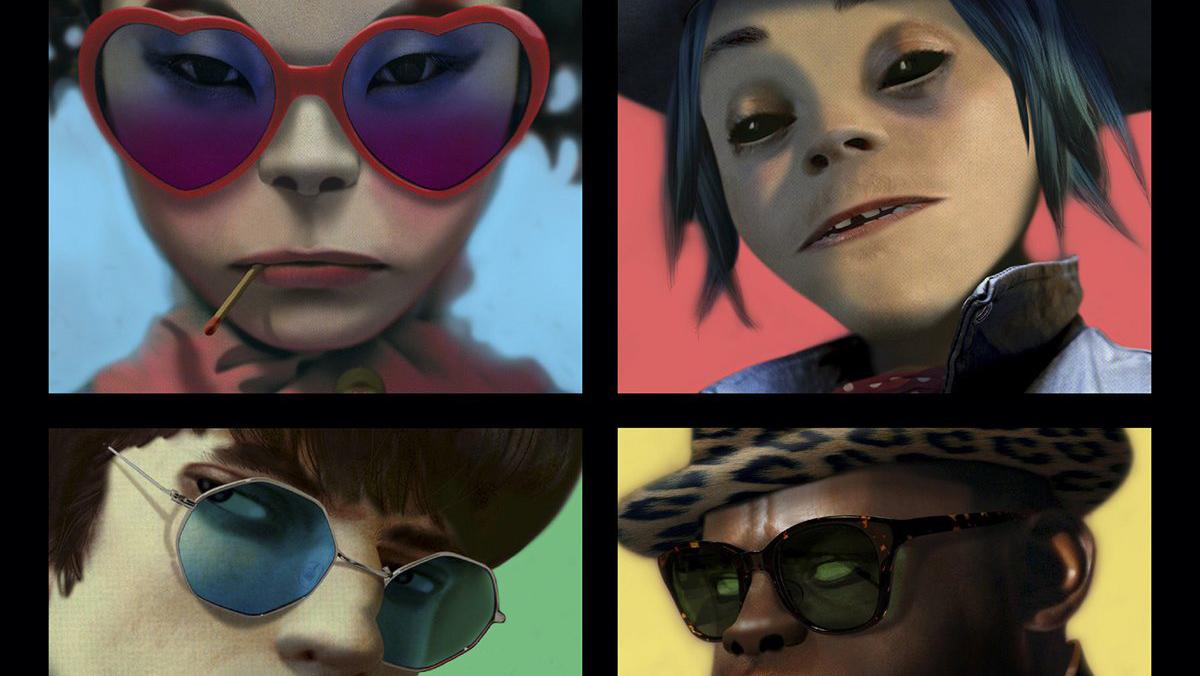 A conglomeration of artists, sounds and melodies mix together in “Humanz,” the new album from Gorillaz. Despite featuring a cluster of talented artists including Vince Staples, Danny Brown, Kelela, Mavis Staples and Pusha T. Damon Albarn, Jamie Hewlett and his group of performers, Gorillaz did not manage to create a playlist worthy of praise.

Back in 2016, Albarn began writing songs for “Humanz” in which he described America as a terrifying dystopia. The album was created in response to the divisive presidential campaign of Donald Trump. Despite this impassioned premise, Albarn is unable to make a dynamic album.

The playlist consists of 26 tracks intertwined with short, several-second speaking interludes. These interludes disrupt the thin string of cohesiveness that tries to tie this album together. Each track expresses a weak sense of liberal power. A self-proclaimed “party album for a world gone mad” is only valid if everyone at the party is too intoxicated to listen to the songs.

There is little to no variety in the synth beats that try to push each song forward. The awkward solos and pauses detract from the dystopian lyrics. All of the songs share a similar beat that causes the entire playlist to blur together. The songs also lack cohesive, dance-friendly rhythms, which is unfortunate, especially because this is supposed to be a party playlist.

The first track on the album is a 23-second interlude titled “I Switched My Robot Off.” The speaker simply repeats the title and then follows it with, “And I’m normal/ But I retain less.” The song lacks thoughtful lyrics and meaning. As the track ends, it transitions into the next song without any pauses. Despite the meaningless content of his tracks, Albarn’s one success is his ability to create seamless transitions.

“Momentz” is the fifth track on the playlist and the worst. The synth beat overpowers the entire song and makes it difficult to pay attention to the lyrics. The irritating auto–tuned voice is reminiscent of pop music from 2010. The bridge is equally confusing because it lacks lyrical depth. The overall meaning of the song is lost within bland harmonic choices.

The 17th track, “Hallelujah Money,” is disastrous. The singer does not have a pleasant tone, and his rhythm does not even remotely match the instrumental part. The tune is confusing to understand and simply not enjoyable to listen to. The way the awkward synth riffs run against the speaking interlude is just strange. The meaning is indeterminable, and the song ends with a yell, leaving listeners utterly confused.

“Circle of Friendz” is the last song on the playlist. This song brings the entire album to a short 49 minutes in overall playtime. The song is two minutes of voices repeating the title over and over again in a boring hymn. There is no variety to the song, except the 10 seconds where they say a different phrase. After listening to the song, it is abundantly clear that Albarn wants to emphasize his circle of friends. However, no deeper meaning can be extracted from this absurd song.
Albarn and his group tried to compose a playlist full of liberal power and solidarity. Albarn claims that his album promotes social unity and rebellion against an unwanted authority figure. The album would have been stronger if Albarn hadn’t simply stuck to a very simple monotone synth beat. None of the singers showcased any type of real singing talent or skill. The album is entirely too reminiscent of an EP made on a teenager’s laptop.

Review: The Cranberries ‘Something Else’ is something new