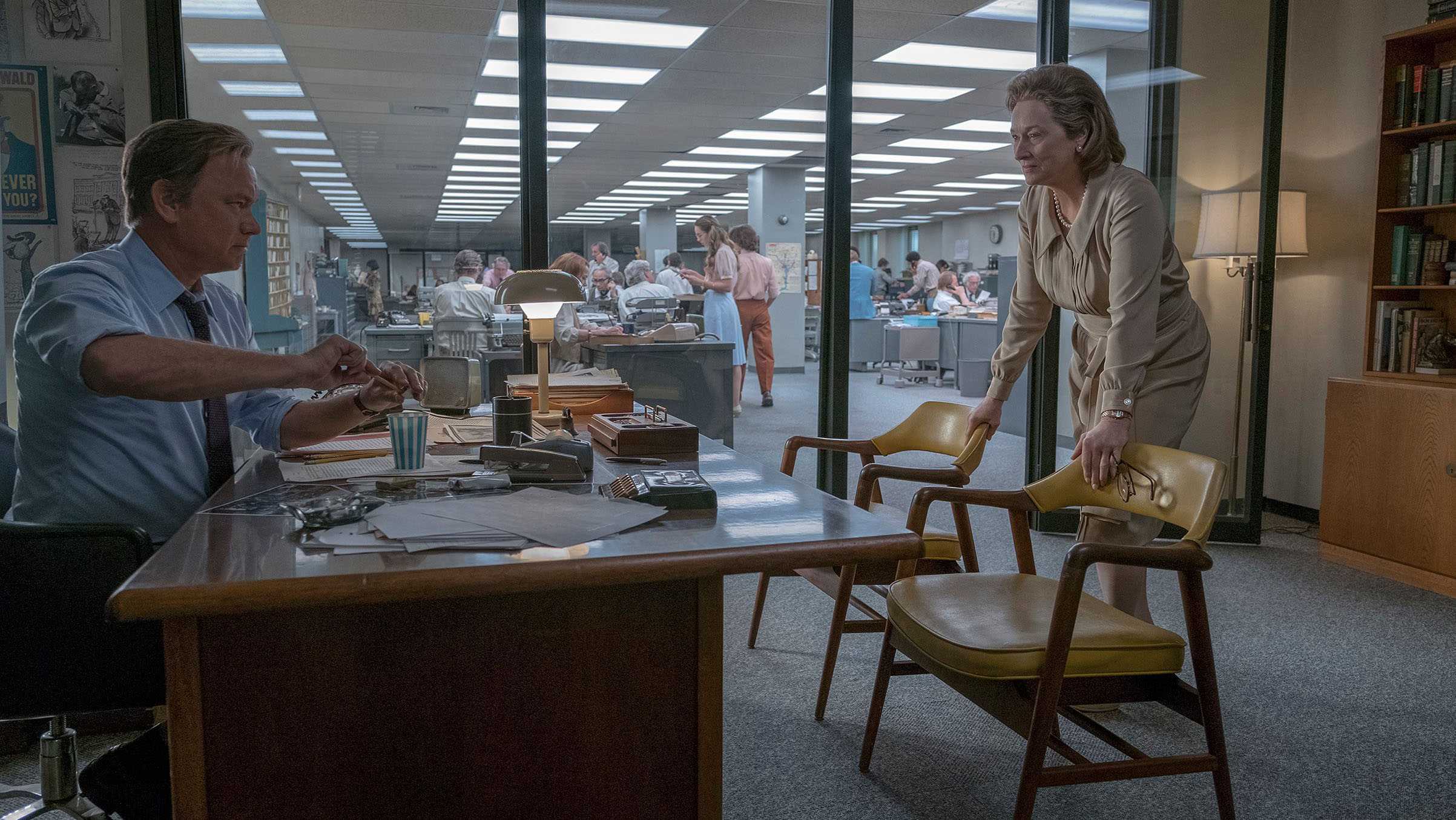 20th Century Fox
Starring Meryl Streep and Tom Hanks, "The Post" tells the story of how "The Washington Post" decided to publish the the Pentagon Papers in 1971.
By Aidan Lentz — Staff Writer
Published: January 22, 2018

It’s Oscar season once again, which means one thing: a passable Oscar-bait film from Steven Spielberg and Tom Hanks. This year’s entry is “The Post.” Your dad thought it was great. Everyone else thought it was fine.

Spielberg tells the story of how The Washington Post attempted to obtain the Pentagon Papers, a series of documents that exposed that the United States stayed in Vietnam for over 20 years after the government realized it would never win the war. The film follows Katherine Graham (Meryl Streep), the owner of The Washington Post, as she puts the company on the stock market. At the same time, her zealous editor in chief, Ben Bradlee (Hanks), races to obtain the Pentagon Papers after The New York Times is sued by the Nixon administration and barred from releasing any more information. As Bradlee gets closer to obtaining the documents, Graham is forced to decide between unmasking the U.S. government’s corruption or keeping her family company safe as it goes on the stock market.

“The Post” is mostly shot with a handheld camera. Cinematographer Janusz Kaminski constantly moves the camera throughout a scene, leading to extended yet engaging shots. This technique adds a sense of energy and keeps audiences interested through the long, occasionally meandering scenes of the first two acts. Spielberg’s filmmaking experience is most evident in the opening scene, which follows Dan Ellsberg, the man who would eventually leak the Pentagon Papers, in Vietnam. A quick and brutal fight scene in the jungle night perfectly demonstrates Spielberg’s talent for crafting suspenseful action. Unfortunately, once the movie reaches the United States, the lighting feels flat and the set design becomes bland.

“The Post” feels like a movie manufactured specifically to be a surefire hit for the awards season. The story is politically relevant, and the film banks on the allure of casting Hollywood mainstays Hanks and Streep as leads. The film feels even more like blatant Oscar bait given that “Spotlight,” another politically charged drama about crusading journalists, won Best Picture in 2016.

“The Post” is highly historically accurate, which gives the film educational value. The one major downside to portraying the events entirely accurately is that much of the film feels a tad mundane. The stakes of the first half of the film feel nonexistent as the movie patiently puts all of the plot elements into place. Fortunately, the drama ramps up in the second half by doubling down on Graham’s conflict over whether or not to publish stories on the contents of the Pentagon Papers. The movie goes to great lengths to remind the audience that Graham is risking not only jail time, but her paper and her family’s livelihood and legacy. Streep plays Graham’s deep emotional turmoil and uncertainty rawly, which makes her later scenes the highlights of the film. Hanks is as likable as ever, but he hasn’t transformed himself into a distinct character. He just seems like himself being excited about journalism.

The biggest problem with this movie is that, despite the impressive cast and an interesting true story, there aren’t any risks being taken by the filmmakers. Audiences will know immediately where the story is going, and nothing in the movie will surprise them. It feels like a movie made from a template, which is why this film hasn’t been getting much attention this awards season. Hollywood doesn’t have any reason to direct all its praise at Spielberg once again when there are more original, exciting and contemporary movies like “Lady Bird,” “Three Billboards Outside Ebbing, Missouri” and “Call Me by Your Name.” The failure of this movie to win any major awards doesn’t take away from the fact that this is a fundamentally well-produced movie with a compelling third act, but it does mean that not many people will be talking about this movie in a year’s time.

Ultimately, “The Post” is a well-executed movie that everyone has already seen 50 times. That doesn’t mean people won’t enjoy their time watching the film and walk away learning a bit of history, but it does prevent this movie from leaving a lasting impression. If nothing else, Spielberg has made another solid film tailor-made for history classrooms all across the country.