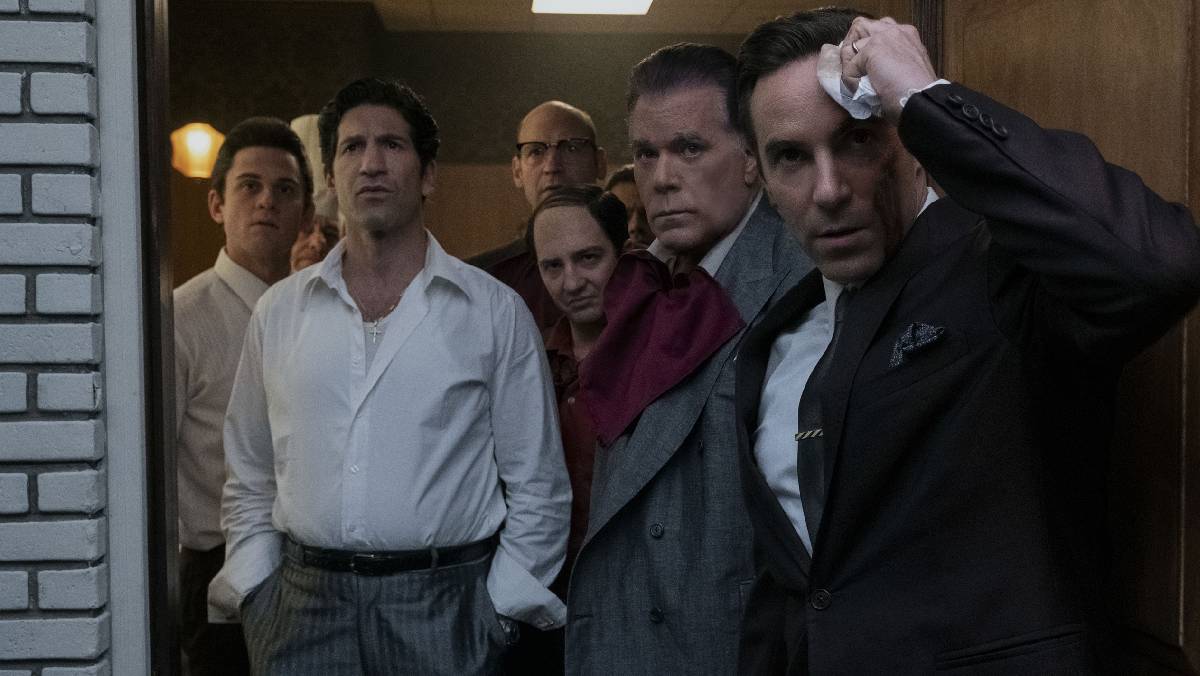 Courtesy of Warner Bros. Pictures
“The Many Saints of Newark,” a follow-up to "The Sopranos" is able to balance between nostalgia and genuine entertainment.
By Anthony De Lapi — Staff Writer
Published: October 17, 2021

The Many Saints of Newark

Prequels can be a hit or a miss depending on the factors surrounding them: Does the film expand upon the story? Does it shed new light on certain characters? Is it faithful to its original content or does it try something new and abrupt? These questions can be applied to “The Many Saints of Newark,” a new movie about the popular fictional-mobster Tony Soprano, which is able to balance between nostalgia and genuine entertainment.

“The Many Saints of Newark” is a prequel film to the crime TV series “The Sopranos,” a family crime-drama set in New Jersey, that ran from 1999 to 2007. The movie follows the rise and fall of mobster Dickie Moltisanti (Alessandro Nivola), starting in the 1967 Newark Riots to the mid-1970s. His actions created new rivalries within the DiMeo crime family, like the one with Harold McBrayer (Leslie Odom Jr.), and his decisions that inspired a young Tony Soprano (Michael Gandolfini) to become a crime lord himself. The dead spirit of Christopher Moltisanti (Michael Imperolli), Dickie’s son and later worker for Tony Soprano, narrates the story, explaining the history between his father Dickie and young Tony.

The movie introduces an array of colorful characters, some of whom appeared in the later “Sopranos” series. The representations of Johnny Soprano (Jon Bernthal), Junior Soprano (Corey Stoll) and Livia Soprano (Vera Farmiga) are accurate and well-played. These aren’t just actors playing the roles, it feels as if these are truly the younger versions of the characters.

Michael Gandolfini, reprising a younger version of Tony who was originally played by his father, James Gandolfini, is heartwarming and portrayed excellently. The son plays the father in this story, and the viewer can see the seeds being planted in Michael’s performance that will turn him into the gangster portrayed in James’ performance in the series. It’s the environment Michael’s character grows up in, both in a harsh world of Newark, and a dysfunctional family at home, that turns him into the killer seen in the later series.

Certain scenes from the TV series are re-created for the movie, like when a younger Tony (William Ludwig) sees his father get arrested for an illegal card game at a carnival. While at times re–creating moments like this can be nostalgia-bait, the movie finds ways to blend these Easter eggs into the natural flow of the film.

Staying true to the roots and themes of the show, the film feels like an episode of “The Sopranos,” having the main characters complete jobs, hits and even betrayals against their higher-ups. Like other gang films, it expands upon the motivations and personal agendas of the characters.

“The Many Saints of Newark” has been marketed as the origin story of Tony Soprano, despite the character barely being in the film. The real main character is the journey of Dickie Moltisanti, and the decisions he makes that change the DiMeo Crime Family in Newark, New Jersey. Alessandro Nivola does an excellent job with this dysfunctional mobster, showing the weaknesses and fragilities within one man and his attempts at redemption. It’s interesting to see these characters in their prime before the events of the series, but it doesn’t add much to the overall story or to the “Sopranos” lore.

“The Many Saints of Newark” is a good movie in its own right, but doesn’t answer a lot of questions viewers may have wanted to know. How does Tony form his own criminal empire? What causes the fallout between him and his family? The movie never answers these questions, and so much isn’t answered that the film feels unnecessary and worthless. However, the film is able to repay this with an interesting conflict and great performances by an ensemble cast.