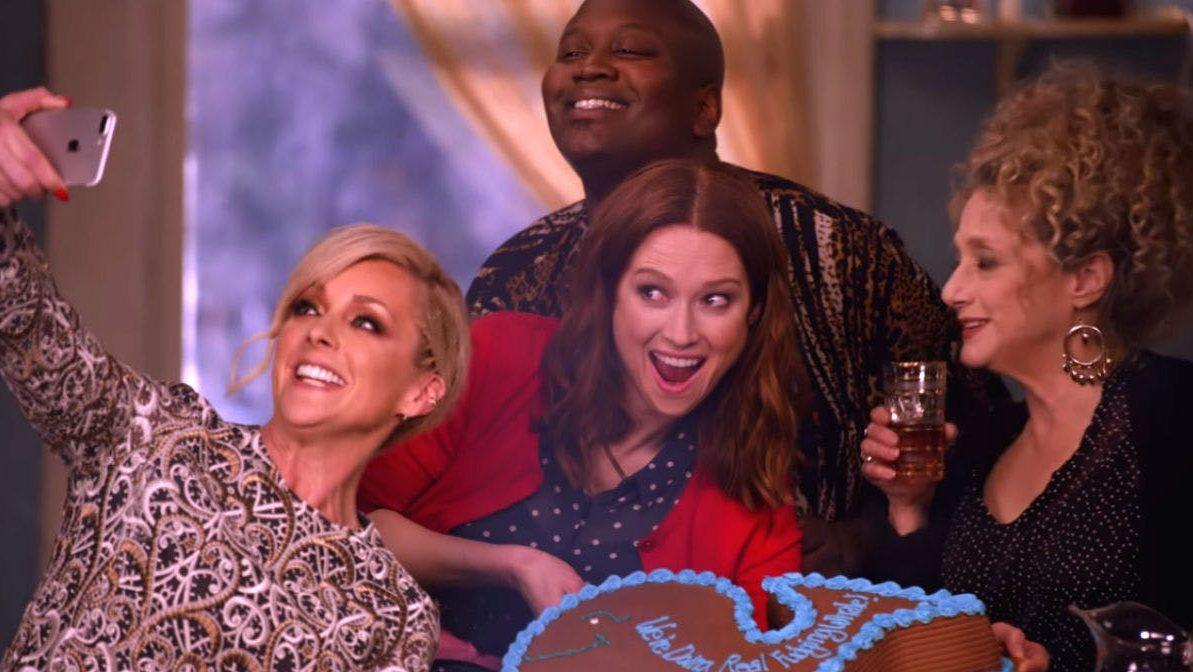 Netflix
From left, Jacqueline (Jane Krakowski), Kimmy (Ellie Kemper), Titus (Tituss Burgess) and Lillian (Carol Kane) have an unlikely, hilarious friendship that grows and flourishes through the end of the series. Each character gets their own happy ending, though they come about a bit abruptly
By Olivia Riggio
Published: February 5, 2019

“Females are strong as hell!” Tina Fey’s ridiculous yet poignant Netflix series, “The Unbreakable Kimmy Schmidt,” asserts in its catchy title-sequence song. After four hilarious, technicolor seasons, it has come to a triumphant, albeit hasty, close. Netflix released the first half of Season 4 in May, holding the final six episodes until Jan. 25.

The series follows 30-something-year-old Kimmy Schmidt (Ellie Kemper) once she is rescued 15 years after being kidnapped into a cult and held hostage in a bunker. She decides to reclaim her life by venturing into New York City. The first few seasons chronicle Kimmy, with her resilient, childlike enthusiasm, struggling to adjust to the fast-paced, anything-but-glamorous New York lifestyle. She shares an apartment with Titus Andromedon (Tituss Burgess), a flamboyant aspiring Broadway actor, and their upstairs neighbor and landlord, Lillian Kaushtupper (Carol Kane), a kooky elderly woman determined to prevent the neighborhood from gentrifying. The three — and Jacqueline White (Jane Krakowski), a socialite and single mother who, at first, Kimmy attempts to nanny for — form an unlikely, eclectic group of friends throughout the series.

Kemper’s portrayal of silly, naive Kimmy is hilariously campy and charming. But, in this final season, Kimmy sheds her naivete without losing any of her determination and optimism. She, Titus, Lillian and Jacqueline all end the series content, achieving what they have hoped for since Season 1. However, while most of Season 4 establishes and builds upon conflicts gracefully, the entire series comes to a close that happens a bit too rapidly. The satisfying, happy endings for each character all occur within the last few minutes of the final episode. Because the characters are written to be so lovable, seeing each one experience a neatly tied-off, happy ending is heartwarming even though it is executed abruptly.

A young woman stunted from 15 years of brainwashing and abduction may not seem like the likely starting point for a television comedy, but the biggest strength of “The Unbreakable Kimmy Schmidt” is its ability to use absurd humor to make striking social commentary.

For example, the second half of the season picks up with Jacqueline, desperate for male attention. On the street, she is flattered when she realizes she gets attention from attractive, millennial men. Lillian takes her to a “HomeBasics” store to scope them out. “Young guys started looking for places where they could chat up ladies who don’t know how to Twitter about it,” Lillian explains, referencing the #MeToo movement. “These poor kids. They spent 25 years being conditioned to be horndogs. Now they just found out it’s wrong!” Snappy, satirical lines like these are what make “Kimmy Schmidt” a prime example of smart, American, millennial humor.

The show also pokes fun at men’s rights activists and other entitled, disrespectful men. In one episode, Titus comes to terms with having been sexually harassed during an audition by a children’s show puppet, Mr. Frumpus. These ridiculous representations of real-world issues don’t diminish or mock the trauma they cause. Instead, they are written carefully enough to shed light on current social issues in a humorous, palatable way. The character in the wrong — whether it’s a perverted puppet, an ignorant men’s rights activist or a lunatic, kidnapping reverend — is always the butt of the joke.

In one hourlong episode, Kimmy explores what her life would have been like if she had never been kidnapped. She ends up leading a snobbish, discontent life in this alternate universe, while other characters are also stifled and unhappy. Kimmy learns to be at peace with her trauma and love her life the way it is in a heartwarming and empowering realization.

The final episodes of “The Unbreakable Kimmy Schmidt” are as hilarious and biting as the rest of the cheery, colorful and brilliant series. The parodies and jokes serve as perkily veiled social commentary, and the characters become as lovable as family. It’s just a shame it all had to end so soon.