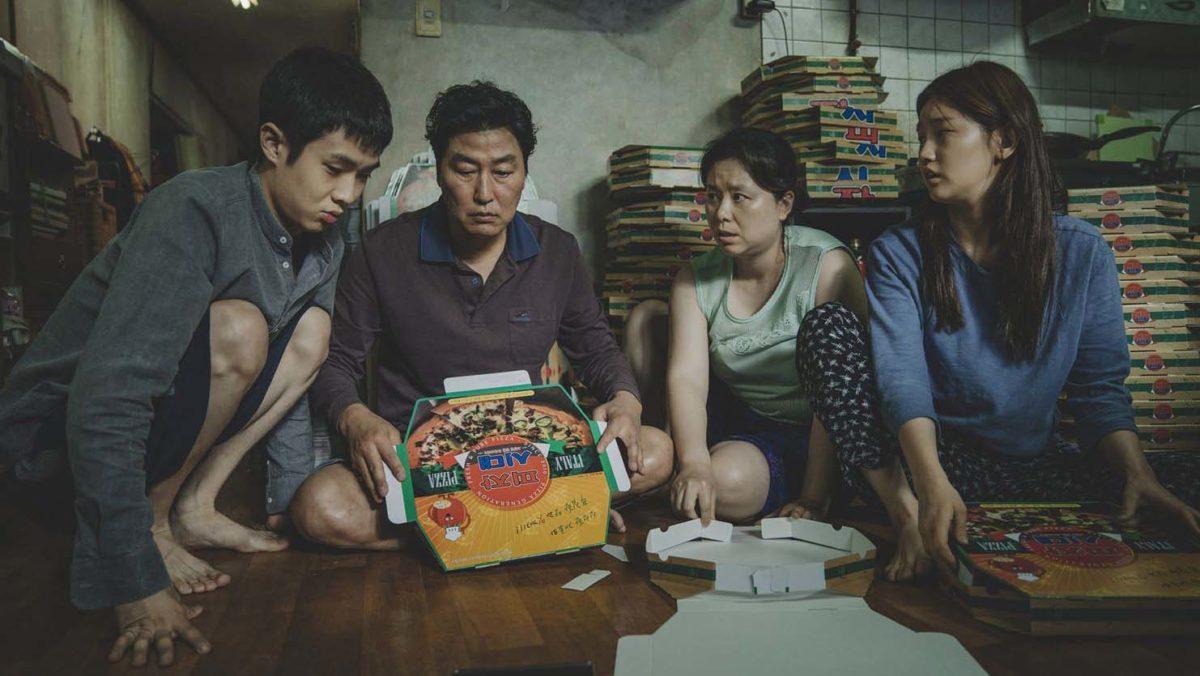 Courtesy of ‎Barunson E&A Corp
The visionary director behind “Okja” and “The Host” returns with “Parasite,” a pitch-black comedy that sharply becomes an intense thriller. The acting, cinematography and narrative are all stellar.
By Arleigh Rodgers
Published: November 6, 2019

To predict “Parasite” is to ask the impossible, like erasing a memory, turning backward in time or evading gravity. But writer-director Bong Joon Ho’s shrewd narrative is sharp and grim and, most importantly, unpredictable. The story is lined with unease and balanced with stunning black humor. Bong evokes both inescapable laughter and requisite squirming while following the impoverished Kim family. The unemployed family members swindle their way into working for the opulent, uptown Park family in modern-day South Korea, and everything seems calm until an unsettling discovery unravels their plan.

Their scheme begins when Kim Ki-woo (Woo-sik Choi), the family’s college-aged but not college-educated son, receives the recommendation of a friend to take his place as an English tutor for the Parks daughter, Da-hye (Ji-so Jung). The job pays well, his friend says — Ki-woo needs little persuasion after that. With the help of Ki-woo’s sister, Ki-jung (So-dam Park), Ki-woo fakes his college documents and arrives at the Park family’s lavish doorstep, a humorous sequence that highlights the permeating nature of Bong’s comedy. As the Kims slowly weed out the Park family’s old help and place themselves in their shoes instead, the comical manipulation of the Parks is on full display.

“Parasite” paints the Kims’ poverty with little exposition. The narrative is tightly bound to its characters, allowing the family’s crisp but natural dialogue to curate the film’s world. And it is a world where the rich and the poor are split by a palpable gap, where the Kims live in a near-underground basement while the Parks lie comfortably in their expansive home. The Kims fold and sell pizza boxes to buy food while the Parks have a Mercedes-Benz. Bong brings these separate yet overlapping worlds into focus through his script’s impeccable pacing and his eye for detail.

Social divide is the underlying story to “Parasite,” and it is not easy to forget. Scene after meticulous scene, Bong uses his camera to illuminate the differences — and, more importantly, the similarities — of the two families. Every shot is attentive, diligent in its execution and something spectacular to regard. Few directors could execute this delicate attention like Bong, who laces together the contrasting South Korean scenery with each family. The film’s metaphors are not so permeating that they are claustrophobic. Though they lurk in mildewed basement shadows and the Parks’ polished silhouettes, the metaphors are staggeringly present and are the very roots of “Parasite.”

The glossy finish on Bong’s film is the actors in “Parasite,” who bring emotion and ardor in their roles. Choi and Park, the actress, pin down the film’s comedy. But the striking Kang-ho Song as Kim Ki-taek, the haunting patriarch of the Kim family, is characteristic of the film’s cascading force.

Watching “Parasite” should be like a sightless dive. The diver should know little about their surroundings or the feelings they will experience. This wild blindness will serve the film well, especially its climax. The softly churning conclusion is explosive — a faultless finale to a perfect film. The pressure is imperceptible until, quite suddenly, it’s insurmountable.