Review: Tom and Jerry brings fun for the whole family 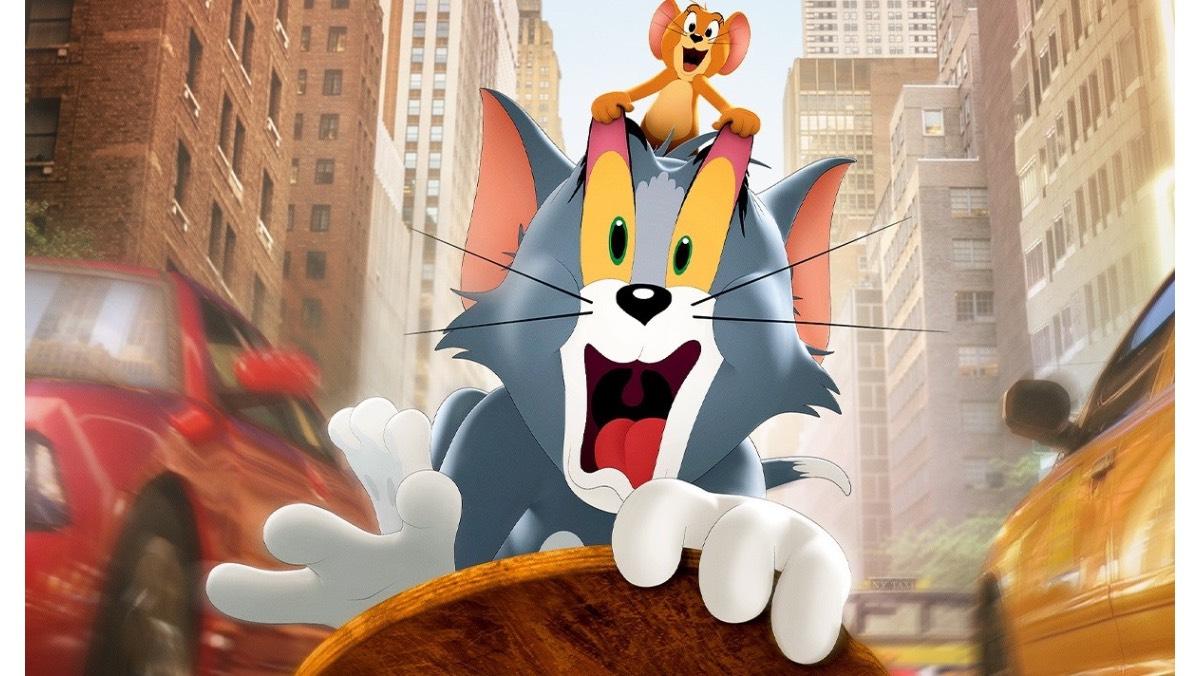 Courtesy of Warner Brothers
Tom and Jerry have returned to the big screen with their famous hijinks. “Tom and Jerry,” directed by Tim Story, tells the tale of the classic cartoon cat and mouse with a modern twist.
By Sydney Brumfield — Staff Writer
Published: March 11, 2021

Tom and Jerry have returned to the big screen with their famous hijinks. “Tom and Jerry,” directed by Tim Story, tells the tale of the classic cartoon cat and mouse with a modern twist.

Tom and Jerry are joined by Kayla (Chloë Grace Moretz), a young woman who is trying to make it big in New York City. When Kayla lies her way into a temporary job as an event coordinator for a celebrity wedding, the situation gets complicated. Tom and Jerry, in their chaotic fashion, make a mess of the wedding preparations, and Kayla’s supervisor, Terrance (Michael Peña), starts to suspect Kayla is not who she says she is.

The plot is kept simple enough for younger viewers to follow. The conflicts between Tom and Jerry flow effortlessly and push the story along. The biggest contrast between the original animated chase scenes and the ones created for this film is the lack of violence. In the original cartoon, Tom and Jerry may have used dynamite or shotguns to torment each other. But in 2021, they stick to more elaborate methods and intricate traps. Rather than pulverising each other physically, their antics wreck hotel rooms and other material goods.

For viewers who grew up watching Tom and Jerry, this film hits the nostalgic nail on the head. It is fulfilling to watch the two-dimensional animated style of the classic cartoons on the screen next to the real-life actors. The film also includes the original supporting characters from the cartoons, like Spike, Butch, Goldie and Toots. Their addition is a surprise that will surely excite fans of the original cartoons.

Story chose to have every animal and insect animated in the same style as Tom and Jerry, which works in the film’s favor and adds immensely to the world building. This choice provides visually stimulating scenes that lean into the characters’ imaginative nature, utilizing abnormal colors for animals like purple elephants and birds. What cements this movie as existing in the world of Tom and Jerry, rather than in our day to day life, is that the real-life actors interact with the animated animals just as normally as they would with real animals.

Though not a sophisticated comedy, “Tom and Jerry” has jokes for the whole family. The slapstick comedy exists for kids while more intellectual jokes are thrown to the parents, like when a character apologizes for his dog’s behavior by saying, “Sorry, he’s a little animated.” These self-aware anecdotes remain consistent and go beyond the type of amusement that cynics expect from this film.

While the plot is childish for the most part, it touches on the impact that social media has on young people’s lives. Many have experienced the struggle that occurs when money and success are shown off daily on social media and can empathize as Kayla encounters this. This theme is simplified to fit into the context of the film, and it is well condensed and adds a level of maturity to the story.

The film is effortless to watch in its entirety, with all plotlines tied up in a neat bow at the end. It is extremely easy to follow yet manages to hold a viewer’s attention, making it a great choice for family movie nights or just laid-back entertainment.