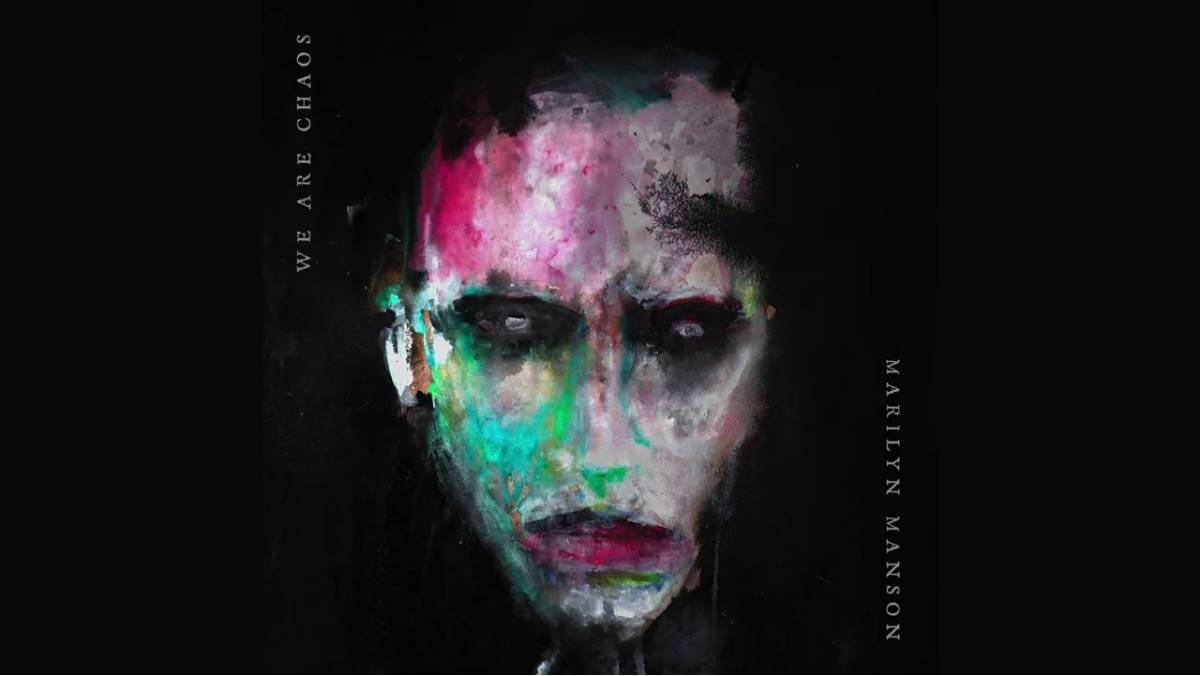 Courtesy of Loma Vista Recordings
Marilyn Manson’s newest album, “WE ARE CHAOS,” is a harsh reminder to longtime fans that the rock star band has lost its edge.
By Jackson Noel — Staff Writer
Published: September 22, 2020

What happens when a rock star gets old? Marilyn Manson, the band led by the singer of the same name, previously used belligerent onstage behavior and menacing anti-Christ personas to boost record sales, but some worried it was negatively impressing on young ears. Marilyn Manson’s 11th album, “WE ARE CHAOS,” makes this answer clear.

“WE ARE CHAOS” arrives after a string of relatively mellower albums in the 2010s from Marilyn Manson, including “THE PALE EMPEROR” and “Heaven Upside Down.” These albums strip back the clustered, brash production and edginess in the band’s lyrics to create a concise song structure that is more palatable for mainstream audiences. These albums are also a far cry from the industrial metal sound that made it infamous in the late 1990s and early 2000s.

Marilyn Manson’s music has gone through many phases — some more artistically successful than others — yet “WE ARE CHAOS” sounds similar to its recent albums. The album is an overall quieter, cleaner experience with consistent hard-rocking energy. “WE ARE CHAOS” is the band’s first with country producer Shooter Jennings. Jennings and Manson seem like an odd pair, especially with the former having yet to venture outside the outlaw country genre. The changes culminate in an album slightly alien to fans of the music that made Marilyn Manson famous in the first place.

The opening track goes astray immediately. “RED BLACK AND BLUE” starts with Manson evoking imagery from the Book of Genesis in a brief spoken–word passage more likely to make audiences cringe than hang around to see where the song is going. In a boring attempt at theatrics, he likens himself to the devil tempting Eve. The track then plunges into a mix of pounding drums, chugging guitars and synths. It’s impossible to ignore that Manson’s voice sounds awkward in its frailty and wavering tone between notes. In an attempt to mask the flaws in Manson’s voice, it gets doused in distorted autotune, a cover-up that seems to only bury the problem deeper rather than solve it. Artists like Tom Waits or Bob Dylan allowed their vocals to age in their songs, realizing they cannot sing like they used to. All of Manson’s screaming seems to have gotten to him.

However, the album really begins to go wrong on the second track — the lead single and title track. Jennings’ presence as producer comes to the forefront as the song combines acoustic and electric guitars in arena-rock anthemic fashion. There is no amount of fancy production techniques that can save this track. It sounds like a thinly veiled effort at trying to make a mainstream rock hit in the wake of Imagine Dragons selling 20 million albums. Manson’s identity as a songwriter who is known for thoughtfully combining hotly debated topics in American pop culture with a biting perspective is gone. It has been replaced with a hollow chorus, “We are sick, f-—d up and complicated / We are chaos. We can’t be cured.” This is a Shooter Jennings song played in Marilyn Manson’s instrumental palette.

These types of forgettable, clinically produced tracks make up a significant amount of the album’s 42–minute runtime. Sprinkled methodically in the track list are a handful of slower, balladic songs like “PAINT YOU WITH MY LOVE” and “SOLVE COAGULA.” “PAINT YOU WITH MY LOVE” eventually gains speed into another roaring chorus but ends before that phase of the song can even get started. The space in the middle of the track when the instrumental begins to build reveals how poorly the soft beginning and hard–rocking end fit. Manson and Jennings seem unable to decide between a ballad or up–tempo screamer. “SOLVE COAGULA” is a boring dirge toward the album’s end, reminding any fan that ballads were never Manson’s strength, even on his best albums.

Hidden among the tracklist are a few hidden gems, mainly the rugged and brittle “INFINITE DARKNESS” or “PERFUME.” These songs would sound snug on 1998’s “Mechanical Animals.” Instrumentally they both rely on the meat-and-potatoes industrial metal sound. Piercing electric guitars warped by reverb and loud drums mixed right to the forefront add a much-needed edge.

So what happens when a rock star gets old? In the case of Manson, it means a loss of sonic edge, choosing bankable sounds over mining something raw and a superstar producer with control over the music. Manson’s best albums are born in the darkness, full of misanthropy and hissing at the presence of light, not something that could be played over the speakers at a JCPenney without upsetting Tipper Gore.