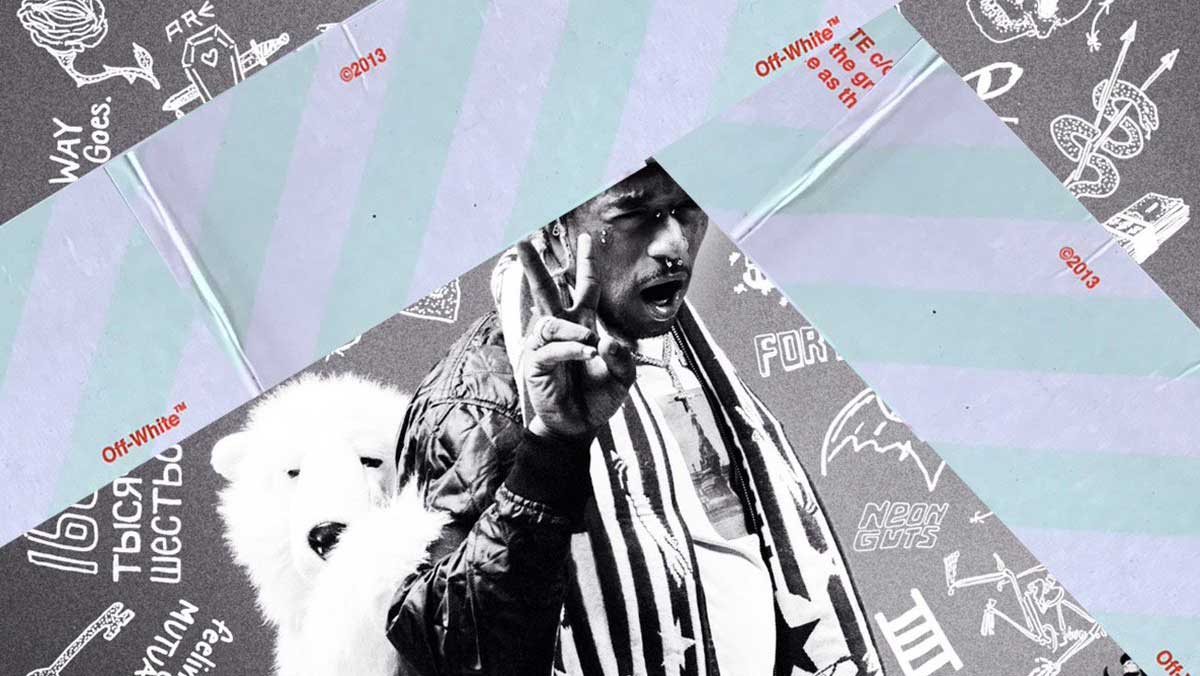 Atlantic Recording Corporation
"Luv is Rage 2" is the fourth album from Lil Uzi Vert. The album bounces back and forth between serious subject matter and lighter material.
By Charlie Musante — Contributing writer
Published: September 13, 2017

Philadelphia rapper Lil Uzi Vert is one of the most interesting artists working in the trap subgenre at the moment. Vert combines the rhythmic qualities of trap with a bizarre array of influences including Kanye West, Pharrell Williams and Marilyn Manson. The result is a resounding success.

Uzi’s colorful influences come together to create one of the more entertaining trap albums released this year. The bulk of mainstream rap is dominated by trap beats, and it is refreshing to hear someone push the boundaries of the genre. If anyone deserves major kudos for this project, it’s the enormous production team . The production on this album creates an auditory landscape somewhat reminiscent of West’s earlier work. The dynamic beats are what make the album interesting.

Two of the album’s biggest highlights are the guest appearances by Williams and The Weeknd. Williams’ contribution on “Neon Guts” stands out. The chorus he sings is one of the album’s catchiest, and the way he and Uzi trade bars in the verses makes this track one of the album’s best. The Weeknd appears on “UnFazed” and adds his soulful pipes, infusing yet another new flavor into Uzi’s melting pot.

The real standout feature on this album is Lil Uzi Vert’s rapid fire flow. This man can throw down on a beat, often rapping very quickly and utilizing varying flows to create high contrast in his approach to verses. When Uzi gets going, his lyrical dexterity is a marvel to behold. He spews out words in the same way his namesake, an Uzi machine gun, spews bullets. Lyrically speaking, Uzi explores dark themes on tracks such as “XO TOUR Llif3” and “The Way Life Goes.” His more depressing material feels like it came from somewhere real.

Unfortunately, there are two really glaring issues with “Luv Is Rage 2.” The first is the lyricism. A good portion of what Uzi sings or raps about here has been rapped about by countless other artists. There are moments where Uzi actually does tap into something deeper in his lyrics, and those moments are usually found on the album’s best tracks. The aforementioned “Neon Guts” is a great example of what Uzi can do when he goes beyond rap tropes, but “Dark Queen” feels like it lacks a sense of purpose. The lyrics in some spots are often strong indications of which tracks are filler, which leads into the second issue with this album.

This album is too long. Sixteen tracks is far too many for an album like this. Not to mention, the album clocks in at 56 minutes, which means that almost an entire hour has to be devoted to listening to “Luv Is Rage 2,” and after a while, it becomes a chore. No matter how interesting the overall sound is, the album starts to smear together, and the tracks become hard to differentiate. There just is not enough flavor separating some of these tracks, and some of them feel like they exist to fill space. If Uzi could have cut five songs from “Luv Is Rage 2,” the album would be much better off for it.
“Luv Is Rage 2” is a ride through the mind of a rapper who is one of the genre’s most intriguing new faces. It’s like a roller coaster, though — it is wildly entertaining for most of the ride, but the album goes on too long without enough twists and turns. It gets old fast.