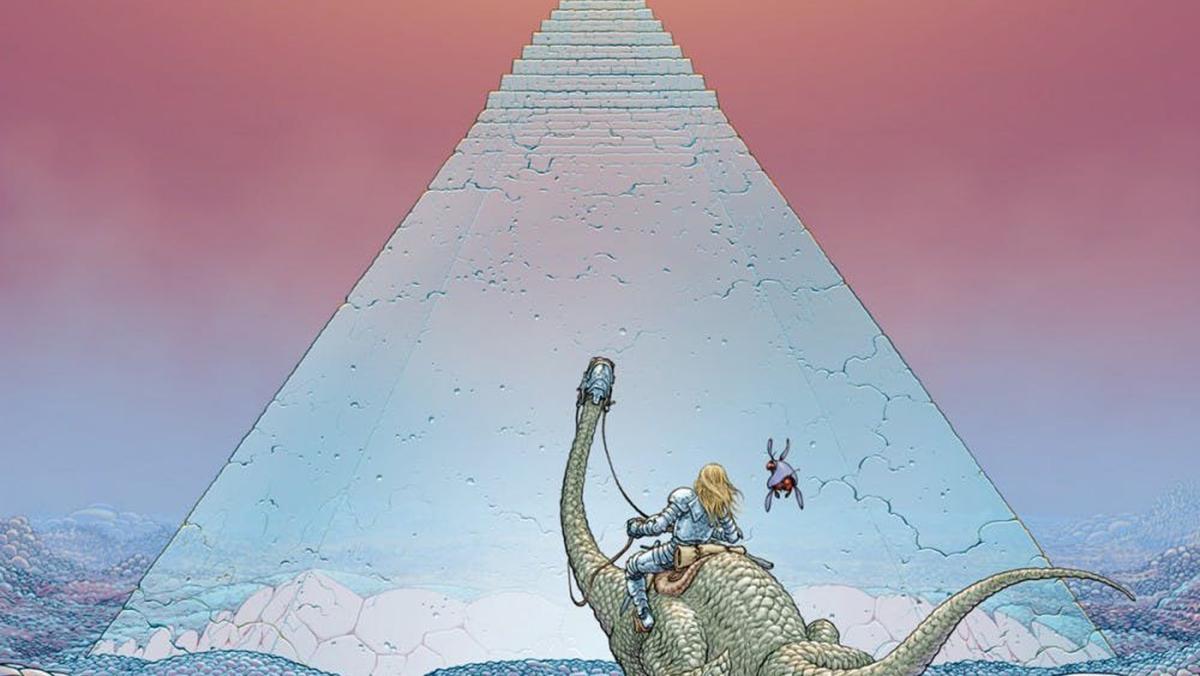 M83 Recordings
M83's video game-inspired album is a sequel to their 2007 "Digital Shades Vol. 1." Though the album is influenced by bold and creative visuals, it falls apart through the irritating and repetitive electronic soundscape.
By Kara Bowen — Staff Writer
Published: October 2, 2019

From Janelle Monae’s “Dirty Computer” to Melanie Martinez’s “K-12,” an increasing number of musical artists have accompanied their album releases with short films — and M83 is no different. Electronic artist Anthony Gonzalez, the driving force behind M83, preceded the release of his album “DSVII” with three music videos to help establish the album’s world. Saturated blues, greens and reds dominate the surreal narrative and mysterious characters, set to the tune of the album’s instrumental singles.

“DSVII” acts as a sequel to M83’s 2007 release, “Digital Shades Vol. 1.” While echoing the same retro synth found in its prequel, “DSVII” is further into the realm of a concept album, influenced heavily by video game soundtracks. The first track, “Hell Riders,” introduces this lush fantasy world. Traditional trumpet is warped by electronic effects and a fuzz pedal, matching the surreal, colorful world of M83’s music videos. An acoustic guitar and lighthearted female vocals keep the track grounded. The sound is refreshing and ambient and successfully creates an immersive world — until it’s repeated in the next song, “A Bit of Sweetness.” And in the next song. And the next.

“DSVII” describes a beautiful, fantastical world but makes no effort to develop a narrative within it. Song titles like “Goodbye Captain Lee” and “Meet the Friends” hint at a storyline, but there’s no payoff. Every song sounds like it’s built from similar blueprints and the same toolbox. Every song works with cheerful piano and somber synths, at turns both lighthearted and melancholy. The problem with every song changing moods is that by the end of an entire hour, the listener does not know how to feel. Rather than introducing new moods and a narrative, the listener is left with an hour-long plod through hazy electronic ambiance instead.

The album is only really set into motion nearly halfway through the album. After the cloyingly sweet track “Meet The Friends,” the appropriately-named “Feelings” ups the tempo, adds in a proper drum beat and ushers in a better section of the album. The next three songs finally provide a change of pace. “Lune de Fiel” fully embodies the video game spirit. A shimmering synth and bassline injects a sense of adventure and paints the picture of a final level’s boss battle.

“Jeux d’enfants” is more reflective, almost solely relying on a delicate piano to provide breathing room amid a suffocating amount of synth. These moments enhance the album’s world and have a clear emotion behind them. They can stand as their own songs rather than working best as background noise. However, this respite ends too soon. The album fades back into noise, only slightly redeemed by the admittedly strong final track, “Temple of Sorrow.”

Listening to “DSVII” is like replaying a level of a video game or rereading a chapter of an epic fantasy: No matter how strong the work is, it gets old after the second round — and the third and fourth. “DSVII” sets a beautiful stage, but the best setting in the world means nothing if the audience can’t connect to a story.