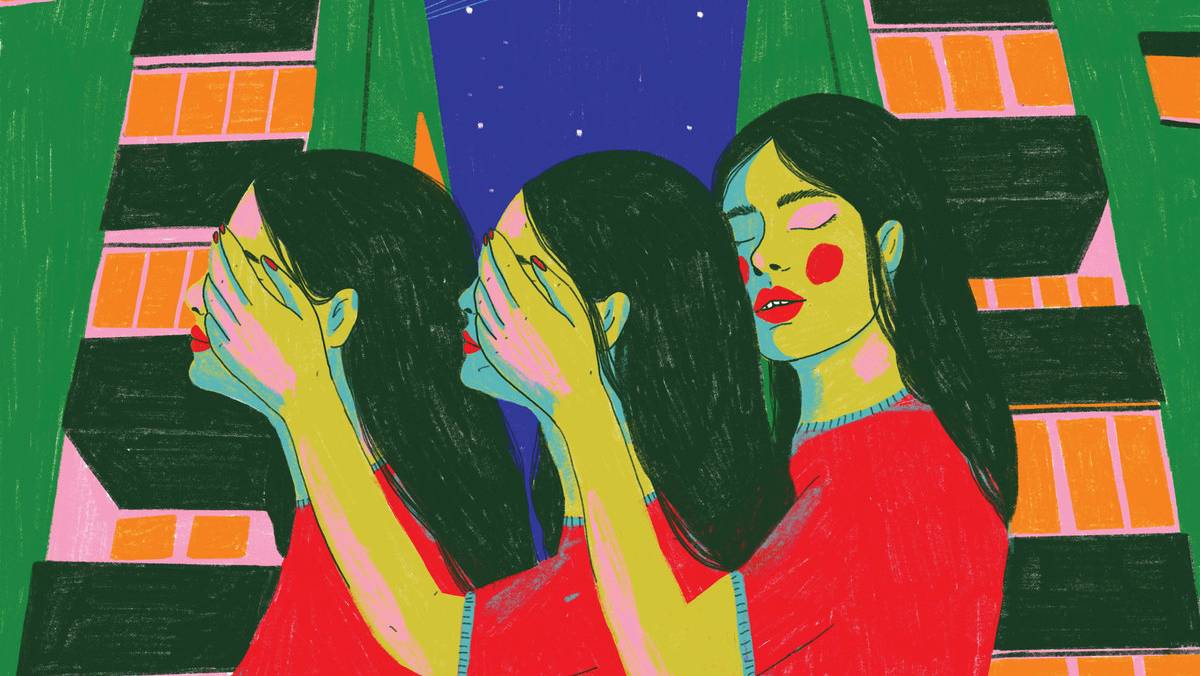 Courtesy of Frenchkiss Records
"Do You Wonder About Me?" is Diet Cig's latest, harrowing album that uses witty and vulnerable lyrics that catapult it to success. Occasionally the album's back tracks are too simple to be noteworthy, but this overall matches the band's trademark style.
By Eva Salzman
Published: May 15, 2020

Do You Wonder About Me?

Indie pop duo Diet Cig’s newest album, “Do You Wonder About Me?” is filled with witty millennial truths and vulnerable confessions. Despite the rather simple instrumentals, singer and guitarist Alex Luciano and drummer Noah Bowman pick up right where they left off with their last work, “Swear I’m Good At This,” from April 2017. Most importantly, the duo further explores how vulnerability can be a strength.

Diet Cig flexes its excellent lyrics from the start with the opening track, “Thriving.” Layered with heavy but optimistic guitar riffs, the song gives listeners a feeling of empowerment as Luciano confesses she is doing much better without the toxic person this song is about. The lyrics are truthful and intriguing, giving listeners a magnified look at her fearless attitude now that this person is gone from her life.

However, like most of the album, there isn’t much to this track instrumentally. Because the simple instrumental sound is part of the band’s style, this isn’t a fatal flaw. But if the lyrics didn’t provide such depth, “Thriving” would sound one-dimensional.

The duo makes slight strides away from the lackluster opening with the song “Night Terrors.” The track includes harmonies and complex guitar riffs as Diet Cig continues to demonstrate its compelling lyrics about inner anxieties. “Night Terrors” details nervous, sleepless nights, a theme that is extremely relatable. Luciano divulges that she feels “out of control” and is haunted by figures in her dreams that “want [her] soul.” She candidly follows by admitting that she just wants someone to wake up next to — a sweet and understandable cry for help.

Without hesitation, Diet Cig plunges fearlessly into the theme of self-hatred with the track “Broken Body.” As soon as the song starts, Luciano cries, “If my body’s broken/ Does that mean I’m broken too?” The theme of the lyrics matches perfectly with the loud and full guitar riffs that kick off the song. The elements that make the track sound chaotic and palpable also illustrate Luciano’s tumultuous headspace.

The music’s volume decreases significantly approximately 30 seconds into “Broken Body,” allowing the lyrics of the first verse to shine through. The vulnerable lyrics would be too difficult to listen to when laid bare if the guitar wasn’t packing upbeat energy into the track. Luciano admits, “I wanna die/ I’ve been cooped up inside” and “I’m saying cruel things every day to myself.” These lyrics are unfortunate testaments understandable to many listeners, demonstrating how human Luciano is.

If the background track didn’t match the theme of the lyrics, “Broken Body” would sound just as one-dimensional as the opening track, “Thriving.” But listeners are relieved of this near disappointment with the album’s seventh track, “Flash Flood.” The song begins with a punchy and aggressive drum solo, introducing the track’s theme of empowerment. The song juxtaposes the self-hatred of “Broken Body” beautifully, as Luciano screams out mottos of self-love. “I am much more self-assured than you’ll ever be/ I will scream it from the rooftops that I am worthy of love” are attestations of self-acceptance. Closing out the empowering anthem, Luciano sings the forceful lyric “I am a f—— fastball.”

It is clear that, unlike in Diet Cig’s previous album, Luciano and Bowman have proven that their lyrics can be the highlight of their music. However, the accompaniment behind the lyrics is nothing special, almost paling in comparison to the real and sometimes heavy themes that are sung. Still, “Do You Wonder About Me?” shows incredible growth since Diet Cig’s last release, giving fans hope for the duo’s next project.