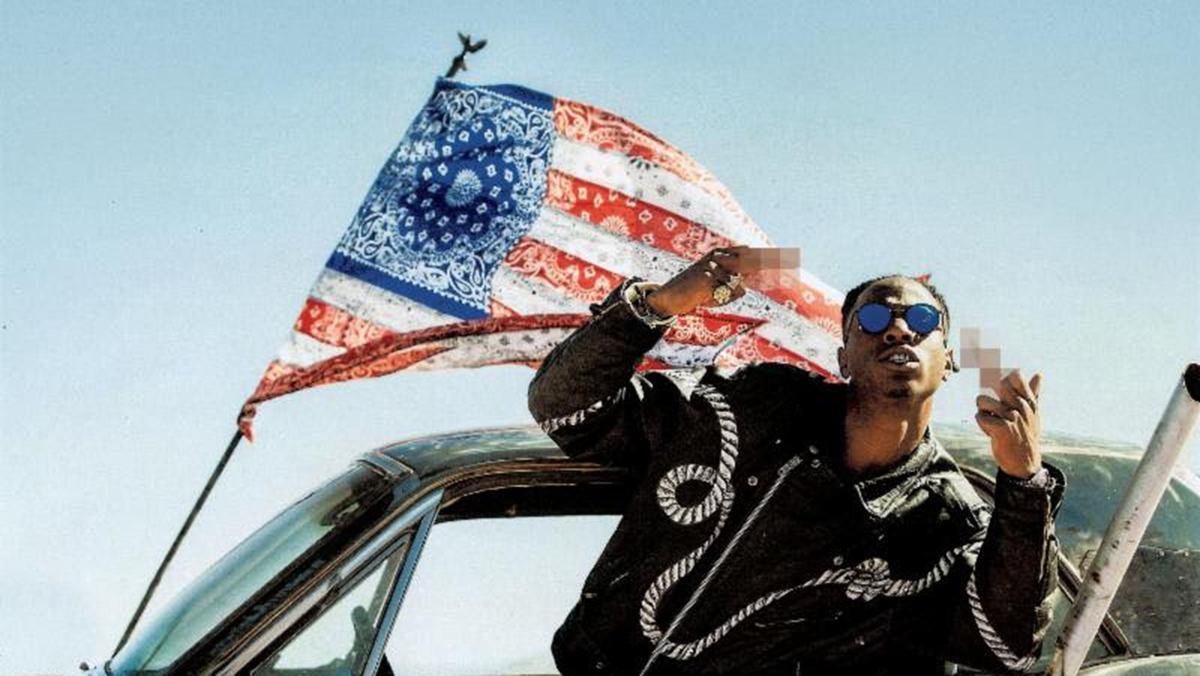 In recent years, political rap has been at the forefront of hip-hop. The most recent contributor to this trend is Brooklyn rapper Joey Badass, whose second studio album “ALL-AMERIKKKAN BADASS” takes on racial tensions and corruption in modern America. Although Joey is often criticized for lacking substance in his lyrics, here he delivers a project that deals with many serious topics. He questions the direction America is headed in, criticizes Donald Trump, and steers away from his usual style in favor of a more well-rounded structure to his songs.

Joey’s critics often say the biggest weakness of his music is that it is often too clear who his influences are. The New York City native draws heavily from the MC’s who worked during hip-hop’s “golden era” in the ’90s. It makes him sound more like a throwback artist than someone who is still releasing new material, which is a problem in hip-hop, a genre that is constantly changing. People want new and exciting, and while Joey’s flow and lyrical abilities rival the skills of those at the top of the rap game, his music wasn’t catching the common fan’s ear because it sounded too old-school. However, Joey has broken through that creative wall on “ALL-AMERIKKKAN BADASS.”

Joey modernizes his music by including hooks in which he sings instead of raps. Songs like “For My People,” “Devastated,” “Temptation” and “Legendary” set the tone for a new style in Joey’s music by implementing these sung segments. The beauty of this is that while changing his hooks, Joey also keeps his verses up to par by creating intricate rhyme schemes and using hard delivery. This preserves the good elements of what fans have come to expect from his music. His verses maintain his golden-era hip-hop style, but by changing his choruses up, he makes his music different from his predecessors. Stylistically, this renovation seems to solve the problems that his critics continue to bring up with his music.

On a deeper level, the way this album deals with the American experience is simply brilliant. While handling serious topics, Joey never sounds like he’s preaching. Even Nas, who is widely considered to be a pioneer in the street-knowledge movement of rap, couldn’t escape that later in his career. On “ALL-AMERIKKKAN BADASS,” Joey goes through all of the emotions associated with being a black man in America but never directly tells the listener that they need to feel the same.

From there, Joey dives into the frustration he feels on “Temptation” and “Land of the Free.” Both songs discuss the politics that limit black people from advancement in society. This frustration is amplified to anger on “Y U Don’t Love Me (Miss Amerikkka),” “Rockabye Baby” and “Ring the Alarm.” He goes as far as to throw a certain expletive around about the current president on “Rockabye Baby.” Then, in his angriest flow on this record, he rips into the establishment on “Super Predator,” where his anger turns into rage. However, he finishes off this album with “Legendary” and “Amerikkkan Idol” where he says that though he struggles, his life and story will live on. This masterful structure makes for an album that presents Joey as wise beyond his years.

What is important to remember about Joey Badass is his youth — he turned 22 this past January. He has been making waves in the industry since he was in high school and is still getting better. If this is what he is turning out for his second studio album, Joey’s lyrics on “Devastated” might be correct: He just might be “on his way to greatness.”