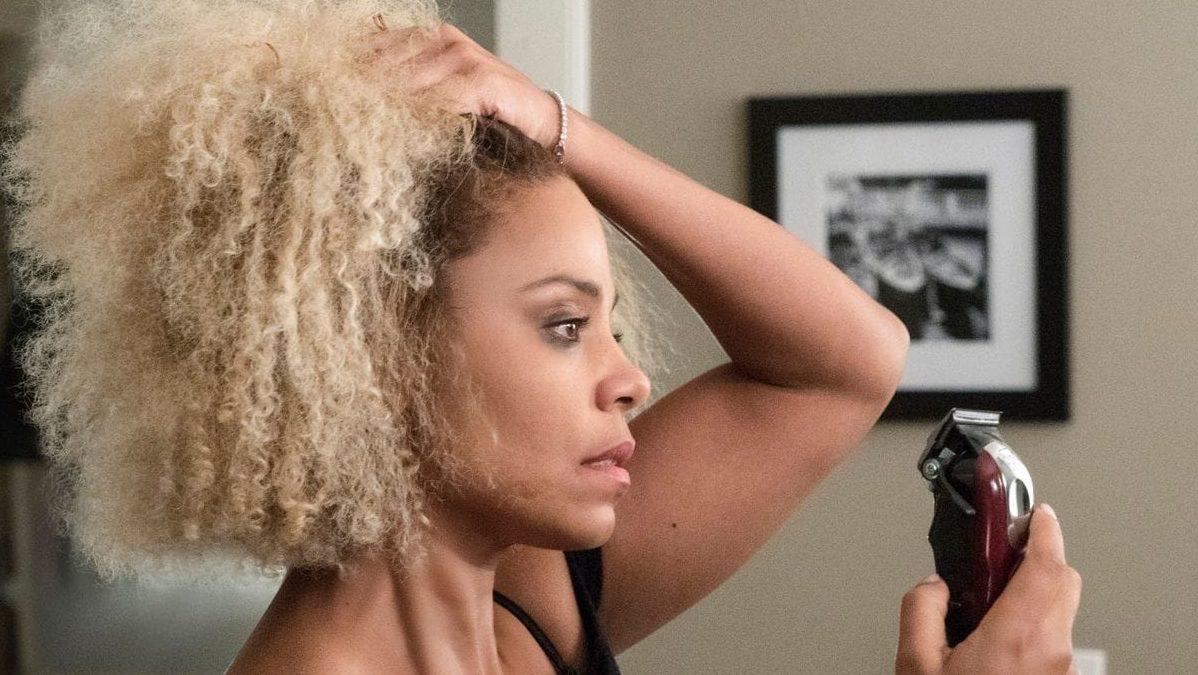 Netflix
"Nappily Ever After" has the potential to tell the story of a black woman's natural hair journey — but instead it settles for being shallow and underdeveloped.
By Avery Alexander — Staff Writer
Published: October 30, 2018

The Netflix film “Nappily Ever After” tackles the topic of black women’s relationships with their hair. Unfortunately, it has a few rough patches.

“Nappily Ever After” follows the story of Violet Jones (Sanaa Lathan). As a child, Violet’s mother was obsessed with making Violet look as “presentable” as possible by keeping her kinky hair shiny and straight and her clothes pristine. Her mother’s attitude stops Violet from developing confidence and a sense of self. After a heartbreak, Violet decides to re–evaluate her life and the way she presents herself by experimenting with her hair. “Nappily Ever After” has a deeply intriguing concept, yet aspects of the storyline tend to feel shallow.

It is entirely likely that Violet started out the movie with a shallow personality and weak motivations because she didn’t know what she wanted out of her life. However, the actions and situations that Violet goes through feel far from what would happen in real life. The plot feels dubious and incoherent at times. Certain scenes worked to pull the film in the right direction, so it would be unfair to say that “Nappily Ever After” is entirely ineffective, but even those redeeming moments are few and far between.

Violet becomes distraught after her boyfriend doesn’t propose to her on her birthday as she expected him to. Violet dramatically breaks up with him, and after getting emotional at work, she loses a major job opportunity. The entire plot is built on an overreaction. Violet gets angry with her boyfriend for not proposing, he asks why he should be obligated to propose, she kicks him out and then the main storyline begins. The beginning weakens the rest of the film, which is unfortunate because without Violet’s unnecessary, overly dramatic and unrealistic reaction, the film would have been stronger.

The scene where Violet shaves her head after her breakup is a particularly effective moment, as it depicts her character moving on from worrying about losing her guy to her actually doing something for herself. Violet spends the night drinking, crying and throwing away her boyfriend’s stuff. She ventures into the bathroom where she catches a glimpse of herself in the mirror. Violet locks her eyes onto her ex-boyfriend’s electric clippers and, on a whim, she slowly cuts off her hair, eyes filled with tears. The moment Violet shaves her head is the turning point. The movie starts becoming more compelling as it moves away from focusing heavily on romantic conflict to focusing on Violet herself.

Perhaps the early portion of the movie where Violet is heavily reliant on a man was a purposeful decision. The movie has moments where it tries to criticize the way some women think they need to rely on men. That would be a deep feminist message, but it isn’t quite effective. The early plot relies on Violet struggling in the aftermath of her breakup, but there isn’t any explicit explanation on why she was suffering. It’s obvious that she’s upset and that her character grows from the situation, but it never actually takes the next step to become poignant social commentary. Instead, it ended up being easily misunderstood as a weak plot device.

“Nappily Ever After” is also plagued with painfully awkward sex scenes. It’s obvious that these scenes are in place to help the story along, but they’re so badly executed that each one feels just a bit too long and just a bit too uncomfortable. The acting is so graceless that any kind of message the scene was trying to convey is buried under the audience’s awkward laughter.

One aspect of “Nappily Ever After” that makes the movie worthwhile is the relationships between some of the characters. The movie depicts complicated human relations that aren’t often seen in movies. At the beginning of the film, all of Violet’s relationships seem painfully plastic.  Even the relationship she has with her mother is paper-thin, emphasizing how the mother’s attempts to keep her daughter reigned in damaged their bond. As the story unfolds, however, Violet forms relationships that feel stronger and more complicated. One particular relationship that helps the movie is Violet’s friendship with a little girl named Zoe (Daria Johns). Neither Violet nor Zoe like each other very much at the beginning and treat each other harshly. Over time, Violet makes the decision to care for Zoe and become her role model. This relationship is filled with positive female bonding and is what propels the story forward, leading to most of Violet’s self-discovery.

The movie also does a decent job at examining how media portrays women. Violet writes commercials, and the role of women in media is explored further through her job. Violet starts out actually agreeing with women’s portrayal in commercials, writing advertisements that contribute to female objectification. After she starts her self-discovery, Violet decides to write commercials that empower women instead. Using Violet’s career as a way to focus on this important topic of women’s rights is impactful and well-done.

Overall, “Nappily Ever After” isn’t the best movie for expressing the struggles of an African-American woman, but it isn’t appalling either. It could be stronger, but the movie succeeds in its goal to some degree. It’s just disappointing that “Nappily Ever After” couldn’t make it’s satirical, socially critical aspects clearer and truly reach its full potential.