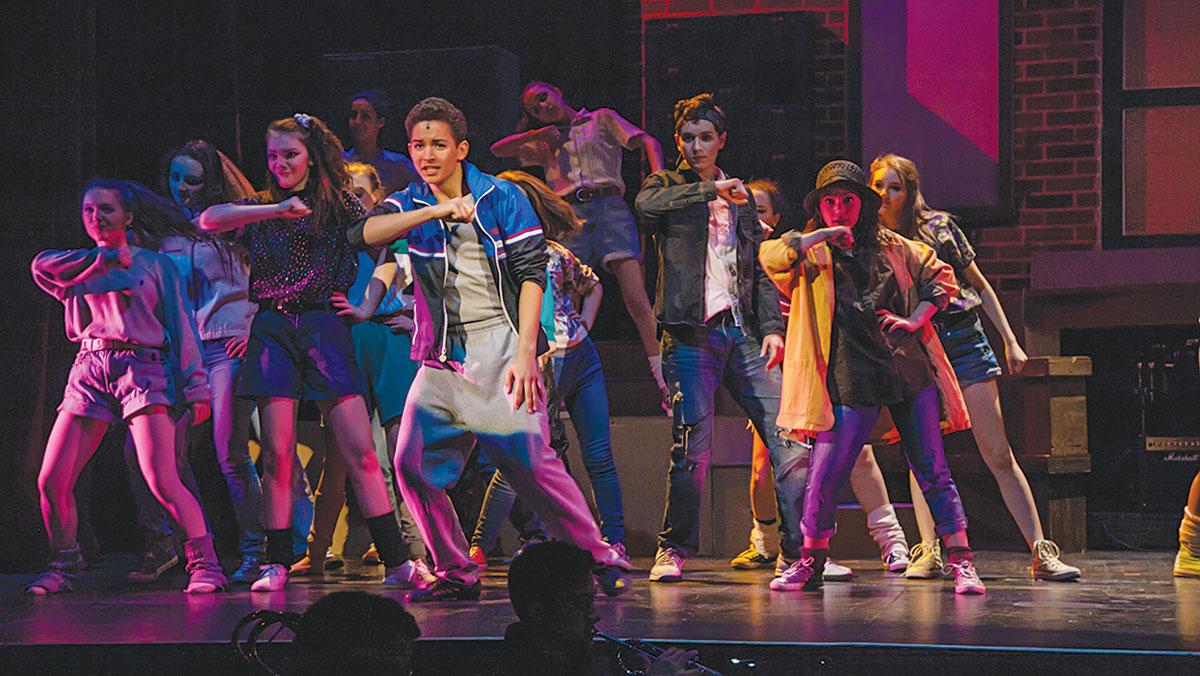 With abundant theater productions throughout the year, Ithaca boasts many theater companies full of seasoned actors and actresses. However, Running to Places Theatre Company is taking a different approach, looking not at the community’s established actors, but at its young, budding performers.

Running to Places is an Ithaca-based theater group that showcases local youth in all areas of live performance through the production of plays, musicals, workshops and cabarets. All aspects, from actors to set designers, are carried out by high school and middle school students that are guided by experienced mentors.

Through these opportunities, Running to Places strives to enrich local youth at a cultivating time in their lives. The founder and current artistic and resident director, Ithaca College alumnus Joey Steinhagen ’96, is constantly pursuing this mission.

“With kids and teenagers, you have this moment where you become self-aware, and with peer pressure you get put behind walls,” Steinhagen said. “But in theater, it’s all about tearing down those walls and divisions, and try as you might, you can’t be the weirdest kid among theater people. And it creates a moment of self-expression that’s so magical and just rare for teenagers to get the opportunity to do.”

Running to Places began its first season in 2007 and has since produced around 40 full-staged shows. According to their website, their season of five fully staged productions reaches an annual audience of 5,000. They have also collaborated with several local theater groups such as the college’s theater arts program, The State Theatre and The Hangar Theatre.

These collaborations go back to the roots and namesake of the organization, Doug Levine, the executive director of The State Theatre, said. The State Theatre has been a performance venue for many Running to Places productions since 2009, allowing Levine to work closely with the organization. He said the company exposes the student population to the stage.

“Running To Places, the name, was founded on literally running around the community, like having it at The State Theatre, then the Hangar Theatre, so it sort of opened students’ eyes to all the ways that theater is performed in this county,” Levine said.

This collaborative approach has fostered many lasting connections in students from all parts of Tompkins County. One of these students is junior Emily Behrmann-Fowler, who grew up in Ithaca. Behrmann-Fowler began performing with Running to Places in its first season in 2007, and continued to hold many roles throughout middle school and high school.

“It brought together all these theater kids who share a common passion and brought us all together in one place,” Behrmann-Fowler said. “So some of my best friends now I actually met from Running to Places who went to nearby schools, and I wouldn’t have met them otherwise.”

Steinhagen gives credit to the community’s support and involvement as a driving force behind Running to Places. He said he feels this support in the form of donations is a fundamental reason behind Running to Places no longer charging a tuition fee to company members. As of their 2015 season, Running To Places removed their $500-tuition fee, allowing any student can participate in Running to Places for free. This modification is part of the company reprioritizing to put its performers front and center.

“I’ve always said that if anyone comes to one of our shows and the first thing they notice is the scenery and not the kids, then we’ve failed,” Steinhagen said.

This increased opportunity has created an immediate positive response. Steinhagen said the amount of kids auditioning has expanded immensely since the tuition removal. This growing demand has caused Running to Places to add an additional show to the season in the form of a cabaret summer showcase.

“It’s really important to us to give as many kids as many opportunities as possible,” Steinhagen said.

Auditions for productions are held in the fall and spring, and Running to Places finds a place in their program for anyone who auditions. There are no cuts.

Since 2013, rehearsals for these productions have been held at the Just Be Cause Center for Not-for-Profit Development on West State Street. The locations of the shows are held in the many performance venues of the Ithaca community, such as The State Theatre, The Kitchen Theatre and even the Ithaca High School Kulp Auditorium.

This season has already featured productions of “FAME” and “Daisy Pulls it Off,” but to catch this conglomeration of community and performance in action, viewers can also see “The Wizard of Oz” May 15–17 at The State Theatre, “13: The Musical” July 9–18 at The Kitchen Theatre and “Little Women” August 14–16 at Ithaca High School Kulp Auditorium.

Steinhagen said thus far, this season has been a shining addition to the company’s track record. He said he is optimistic for what the future has to bring.

“Running to Places has been an incredible showcase of the incredible raw talent, and I absolutely guarantee that it is just going to continue to defy expectations of what young people are capable of doing on stage and off,” Steinhagen said.