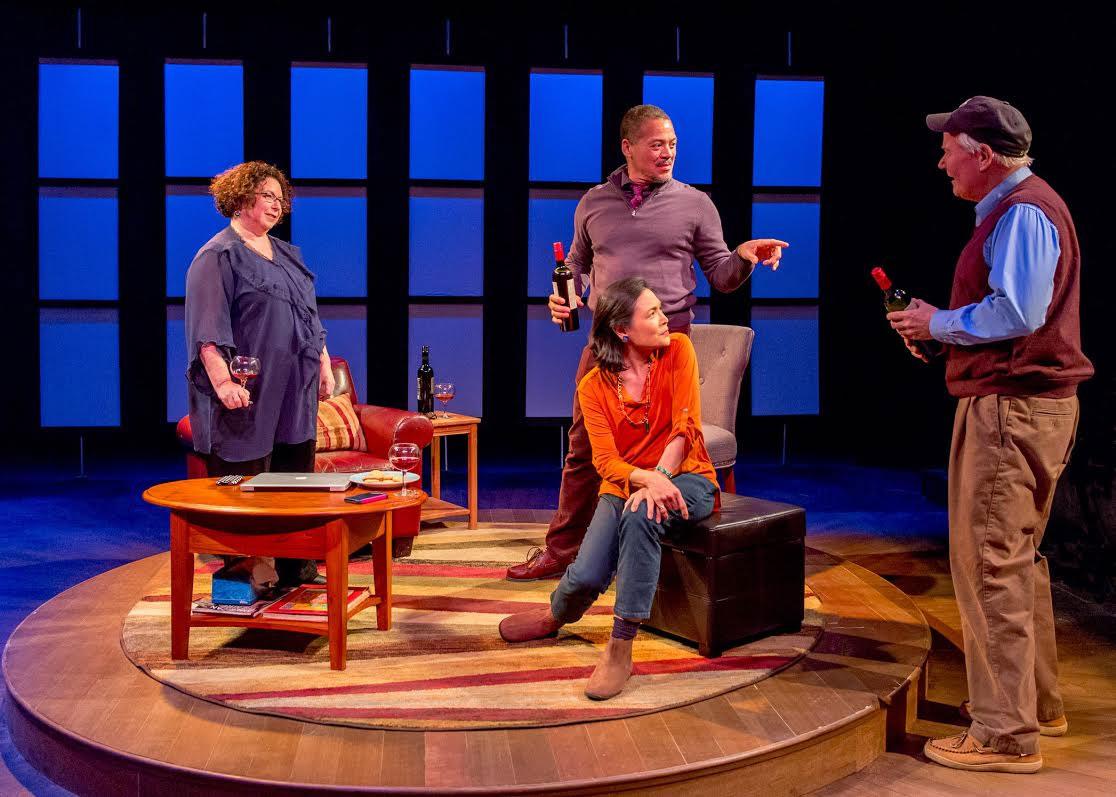 Rachel (Rachel Lampert) cannot believe what she is reading: Not only is her 50-year high school reunion just around the corner, but her meddling classmates have plans for her to take the stage to reprise her past years of dancing — if they can convince her to do it, that is.

So begins “Count Me In,” a semi-autobiographical production from The Kitchen Theatre Company that takes a long, sentimental look at aging, friendship and humility. Written by Kitchen Theatre Artistic Director and lead actress Lampert, “Count Me In” follows Lampert and her two longtime friends as the three look back on their years together. During their time on stage, the trio muse over their old friends, their years of dance and ultimately whether Rachel should dare to take the stage in front of her classmates.

This decision proves one not easily made, illustrated through the trio’s quick and pointed banter— perhaps the production’s most commendable feat. Lines are delivered naturally, with realistic ease that serves to craft an illusion of casual conversation, ultimately keeping audiences engaged. However, when paired with the pithy monologues Rachel delivers to the audience, the play pays a brief homage to more classical theater productions. Keith Pillow, who takes the role of Rachel’s sardonic and often hilarious friend Sam, echoes this sentiment and said this casual nature of the script strikes a pleasing balance between the classic realm and more modern areas of theater, while still remaining comprehensible.

“I think the fact that it’s natural speech and takes place on a stage is always an interesting combination,” Pillow said. “You have to make sure everybody can understand you. You can’t sound like you’re doing Shakespeare.”

However, even with its immersive nature, the dialogue can prove tiresome at times. The trio’s conversation is rife with quick allusions typical of longtime friends, and while esoteric references may be realistic, they are used to an extent that becomes confusing. As these conversations stretch on, their cryptic nature can become wholly distracting, as audience members attempt to decode the sentences, rather than paying full attention to the immediate drama on stage. These moments are thankfully broken up by David (David Squires), Lampert’s husband both on and off stage, who provides some very welcome comedic relief.

However, this is only one part of the narrative. The other vehicle by which “Count Me In” tells its story is through its dance numbers. Audiences watch as Lampert consults dance teacher Jeremy (Tucker Davis) to help her regain her ballroom chops. Director Emily Jackson said a topic of conversation throughout the production process was the storytelling aspects of these moments of dance.

“We talked a lot about what was the storytelling, and what were the storytelling aspects of the dance numbers,” Jackson said. “Definitely during the big musical number in the second act, but even in those ballroom sequences.”

What these moments of dance add, be it tango or tap, is an enjoyable bit of kinetic energy to contrast the lengthy scenes of conversation, which are relatively still. And while some moments, including a climactic number toward the production’s end, venture toward campiness, they will ultimately prove the most memorable parts of “Count Me In.”

At its core, “Count Me In” is a tale that celebrates looking back, and audiences will likely find humor in Rachel’s self-deprecating jabs at her past, delivered both by her own character and the supporting cast. The playwright said these moments follow her theme of looking back to move forward.

“I think reminiscing is important when you’re trying to figure out what you want to move forward from,” Lampert said. “It’s really critical to not stay in the past. …The reminiscing helps to say, ‘That’s who you are, that’s the essential you.’”

Audiences of “Count Me In” will certainly appreciate the quicker moments of the production: the dancing and the dialogue. Though these moments are periodically marred by a lack of clarity, the much needed bouts of comedy keep the production engaging enough. Ultimately, the final product proves a heartfelt and often humorous examination of friendship, age and growth.