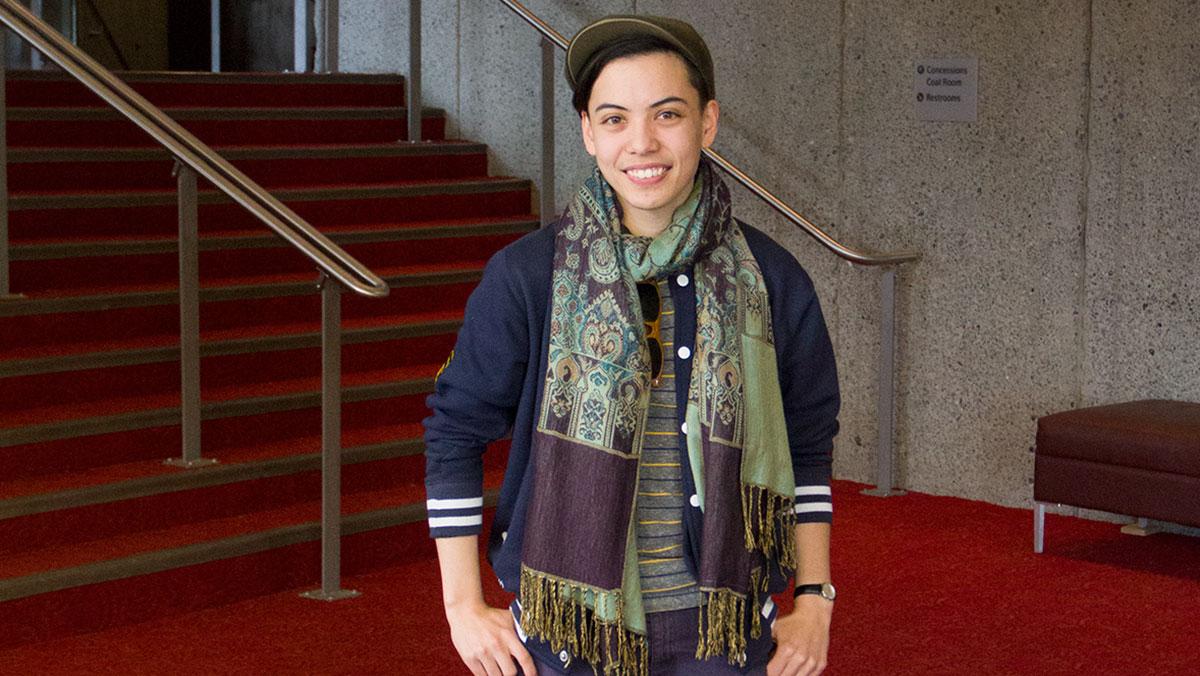 Senior Randy Wong-Westbrooke, a theater production arts major with a concentration in theatrical design, was recently selected for the United States Institute for Theatre Technology’s Gateway Program, which provides mentorship for students who are underrepresented because of their race, ethnicity, disability or lesbian, gay, bisexual or transgender identification.

Wong-Westbrooke attended USITT’s annual conference in March 2016 in Salt Lake City as a mentee, where he was given the opportunity to meet professionals in the field of theater arts and discuss diversity and inclusion in theater.

Staff Writer Silas White spoke with Wong-Westbrooke, who is Asian-American, to discuss his participation in the USITT program, his involvement with theatrical design and his plans after graduation.

Silas White: How did your passion for theater develop?

SW: How long have you been working in theatrical design?

RWW: I started in freshman year of high school and have been doing theater ever since. I’m a senior now, so what is that, seven or eight years?

SW: Can you go into what the creative process is like?

RWW: So there’s the director and then a team of designers. There’s a scenic designer, lighting designer and costume designer, typically. Through a series of meetings, we read the play and talk about what the big themes are and what is important to us and what story we want to tell. From that point on, as a scenic designer, I go into various types of research. It really depends on the show. If it’s set in a realistic period, or it’s contemporary, or it’s set in an abstract world, it will depend whether I do architectural research or abstract art research or historical research. Through another series of meetings, I’ll build a scale model of the design, and that goes through a series of approvals and adjustments, and once the budget is happy, we move forward with the final design. I’ll draft all the architectural drawing so the carpenters can build it, and I’ll produce paint elevations, which are basically large documents that explain how I want the set to be painted. Also a props packet full of all the props research. Then it goes into the building process, and from there, it’s just about touch–ups and technical rehearsal processes.

SW: So there’s a lot of planning and work going in?

RWW: Yeah, actually, the show that’s opening tonight [April 28], “Arcadia,” which I designed the set for, we had our first meeting at the beginning of December. At Ithaca College, it’s about a semester-long process.

SW: The USITT Gateway Program provides mentorship for underrepresented students. Have you ever felt disadvantaged in the theater production world as a result of being Asian-American?

RWW: I don’t know if I’ve particularly felt disadvantaged, but I think what a disadvantage is is that there are few people like myself. That can be isolating sometimes, and one thing the mentorship offered me, being accepted into the Gateway Program, it was kind of like the sensation of when you see yourself on TV. When we talk about representation in movies and TV, you want to see yourself on the screen. I’m not a performer, but even still, in my industry, I still want to see an older version of myself already active and already successful in the business. I’ve found thus far there are very few people in the industry who identify similar to me. So to be able to tell stories to people who also understand, I think that’s what’s been challenging here in Ithaca and the greater industry.

SW: Do you have any plans for after you graduate?

RWW: Yeah, I don’t have any solid, finite plans about where I want to go exactly, but I want to stay on the East Coast and visit some cities. My home is the San Francisco Bay area, and I intend to go back there most of the summer and this year. I’ll be trying work back home and attending a particular conference for the Consortium of Asian American Theatres & Artists. That’s happening in October in Oregon.

SW: Do you have any advice for aspiring scenic designers?

RWW: By only sort of answering the question, I consider one of my most important skills my ability to think critically about a play and about the world. I think that’s one of the strongest things about me, so I would suggest to others to try to be as aware as possible. We’re telling stories about people, and if you can’t understand people and the structures that affect them, I think you will have a much more difficult time telling honest, relatable or relevant stories. When it comes to taking courses, take courses in social sciences because it’s so relevant to the work that we do. As a scenic designer, you are designing the world of a play. If you understand the world you are creating, it’s just a much stronger design, I think.