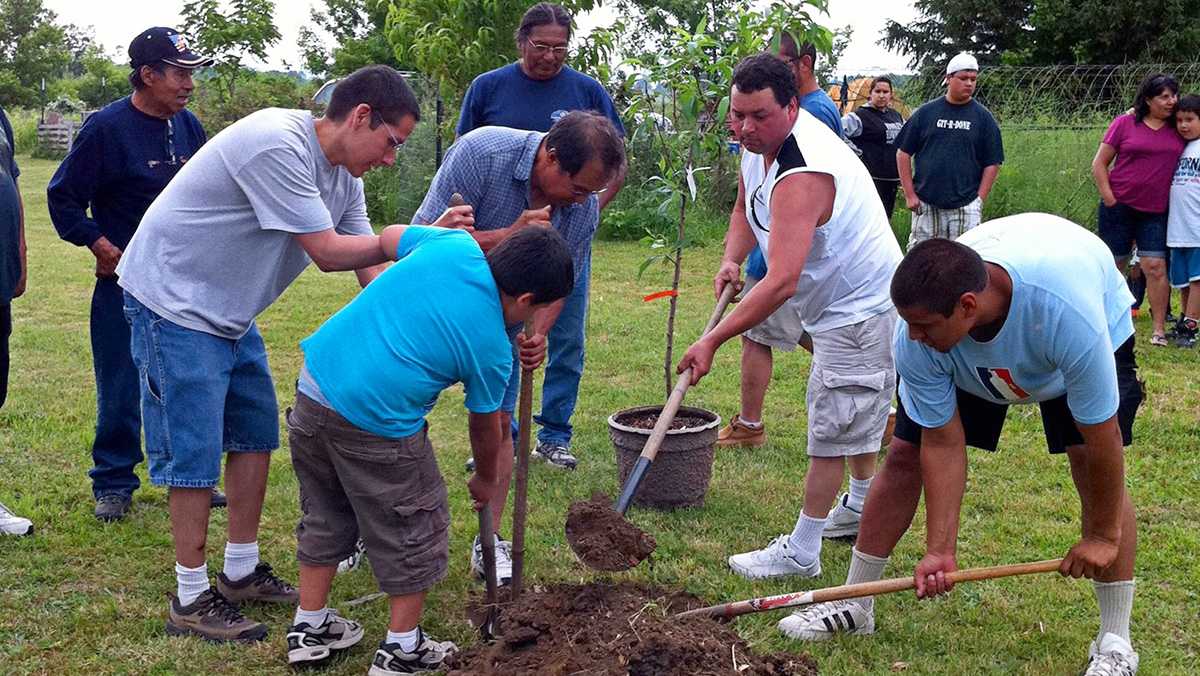 Like all land in the United States, Ithaca was the home of indigenous communities that existed long before present-day landmarks, like Ithaca College, were established.

New York state was originally home to the Haudenosaunee Confederacy, originally composed of the Mohawk, Oneida, Onondaga, Cayuga and Seneca nations. The Cayuga Nation, or Gayogo̱hó:nǫ’, and the Onondaga Nation lived in what is now known as Tompkins County.

The Gayogo̱hó:nǫ’ Nation was forced off of its land during the Revolutionary War. The Gayogo̱hó:nǫ’ returned in November 1794 when the Treaty of Canandaigua was signed, granting 64,015 acres of land to the nation. New York quickly ignored the treaty, and the Gayogo̱hó:nǫ’ pursued a land claim against the state until the 21st century when they decided to regain land by purchasing it. According to the U.S. Census Bureau, 0.5% of Tompkins County residents identified as American Indian or Alaska Native as of 2019.

Recently, New York state has imposed a new danger to the Gayogo̱hó:nǫ’ Nation, declaring that they will take over the Strengthening Haudenosaunee-American Relations through Education (SHARE) farm if the nation is unable to pay $126,000 by April 16. The state claims that the fine is needed to cover unpaid property taxes. After receiving this news, a GoFundMe was started to raise the funds needed to maintain ownership of the SHARE farm. The GoFundMe reached its goal March 3. Now that the money is raised, the Cayuga County Legislature will review the Nation’s application to reacquire the land.

“The SHARE farm has always symbolized healing — with the Cayuga homelands and with the non-Indigenous neighbors,” Joe Heath, general counsel for the Onondaga Nation, said. “So, to see the overwhelming support of so many neighbors brings joy to my heart.

The SHARE farm is 70 acres of land on Gayogo̱hó:nǫ’ homeland in Cayuga County. The farm became an important place of healing and community connections, with annual peach tree plantings in the orchard and picnics during the strawberry moon, according to the farm’s website.

Heath said the SHARE farm represents the return of the Gayogo̱hó:nǫ’ to Tompkins County, as it was the first piece of property that the Gayogo̱hó:nǫ’ Nation reclaimed when it bought the farm in 2005. He said this symbolism is especially important given the deep connection between indigenous people and land.

“The land, particularly land that produces the kind of wholesome food that this does, is a living relative to these people,” Heath said. “It would be very similar to losing an aunt or an uncle. It would be that detrimental.”

According to the SHARE farm’s website, the Gayogo̱hó:nǫ’ will be launching a second fundraiser to support Gayogo̱hó:nǫ’ families who are facing eviction and to continue efforts to gain recognition of their sovereignty as a native nation.

“Because there is this denial that there is a reservation, the counties just blatantly go along and levy their taxes, try to foreclose when all of that is illegal,” Heath said. “And so, that just creates a need for the two governments to be able to sit down, to lower the rhetoric and find a way to work together.”

Junior Peyton Falk, a member of the Iowa Tribe of Oklahoma, said she was frustrated by the news but was not shocked given the constant erasure of indigenous culture in Tompkins County.

“I was disappointed, I was angered, but of course I wasn’t surprised,” Falk said. “I think the Cayuga people are often erased in the normal conversations, especially through Ithaca College. No one really talks about their importance, of their cultural significance in the area.”

Community member Steve Henhawk, a member of the local Gayogo̱hó:nǫ’ Nation, said that when he first returned to the homeland of his community, he was shocked by how the indigenous history had been wiped away from the area. Henhawk said he was especially surprised by the signs around Cayuga Lake that fail to address the present-day relationship between the area and the Gayogo̱hó:nǫ’. For instance, one sign reads, “Site of Landing of Moravian Missionaries of Zeisberger and Cammerhoff June 27, 1750.”

“If you just read those signs and looked around the lake, it’s as if we were gone,” Henhawk said. “We’re a history lesson. When we come back to the area, come home, that’s what we see.”

“I always felt like education is key in anything we do, but especially right here where we’re in Haudenosaunee country,” Henhawk said. “This is where the formation of the Confederacy happened. … So I think that education is where it should start because this place has been colonized now. I think that the people should know at least the true history.”

Ithaca College offers a Native American and Indigenous Studies (NAIS) minor. Paula Ioanide, professor in the Center for the Study of Culture, Race and Ethnicity (CSRE) and interim coordinator of the NAIS minor, said there is a lack of resources, like adequate staffing, allocated to the minor, an issue that has resulted in a low enrollment in the minor. According to the Office of Analytics and Institutional Research, as of Fall 2020, seven students were enrolled in the minor.

Falk said that allocating resources to this minor is essential to creating a diverse community at the college. According to the 2020–21 Facts in Brief, seven students enrolled at the college identified as American Indian or Alaska Native.

“[The college makes] a large claim to diversity, but when you look at the numbers, I don’t think their focus is actually having a diverse institution,” Falk said. “They’re focused on pretending that they are. To keep funding or encourage funding and staffing, I think they actually have to put a foot forward.”

The college is cutting 116 full-time equivalent faculty positions as part of the Academic Program Prioritization Process (APP). Ioanide said the cuts could have an impact on the long-term sustainability of the NAIS minor because CSCRE’s tenure-eligible faculty line for the NAIS minor was not renewed, and there are currently no faculty in the CSCRE who are entirely devoted to teaching NAIS classes.

Henhawk said that as the Gayogo̱hó:nǫ’ continue to return to their homeland, the non-native Ithaca community and the Haudenosaunee Confederacy must work to unite as one, learning how to live together in peace.