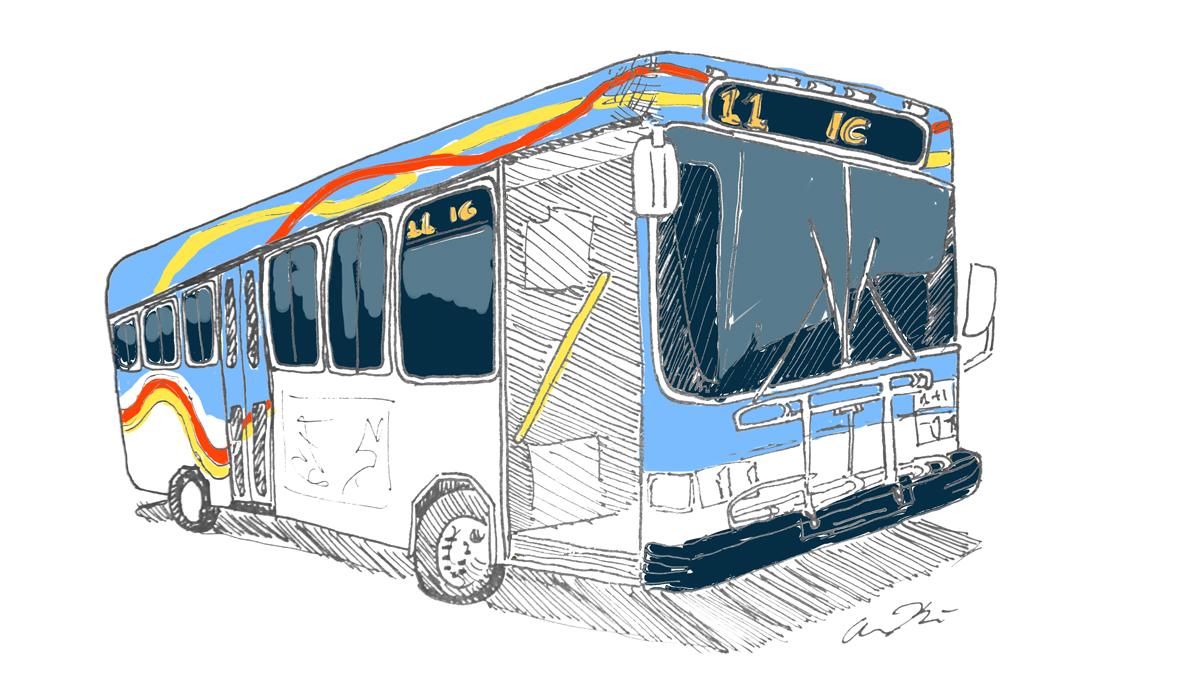 * Editor’s Note: The Ithacan‘s journalistic coverage of the campus often focuses on formal announcements and events. In doing so, we overlook some of the aspects of college that students will remember most. This “snapshot” is the second in a series of narrative accounts highlighting the student experience in Ithaca.

In this snapshot, Senior Writer Evan Popp describes the often chaotic and occasionally calm atmosphere of the TCAT going to and coming from the bars. 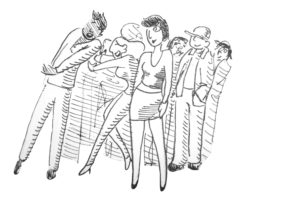 It’s 11 o’clock, and rain is falling softly against the pavement. Pools of moisture gather into puddles indistinguishable from the darkness of the night sky, and the sound of precipitation forms a muffled drip that intermingles with the cadence of a dozen voices. Split into groups of twos and threes, the voices wait, occasionally stealing glances down the sharp curve of the road that leads up the hill toward Garden Apartments.

Then, a faint rumble sounds in the distance, followed by a blaze of neon orange lights. “11 — Ithaca College Circle Apts,” the lights read.

The students pile onto the bus, dispersing themselves among dozens of rows that house padded seats. As they settle in, a few latecomers sprint toward the bus, and it permits them to clamber aboard. “I don’t like running,” one of the latecomers gasps to his friend.

At last, everyone is situated and the bus pulls away with a roar of locomotive power. As it climbs its way up the hill through the dark, quiet campus, rain continues to spatter against elongated windows, covering them with a thin layer of foggy gray. “Where are we?” a guy asks his friend, squinting out a window.

“I have no idea, love,” she answers with a sigh.

More passengers arrive. As they take their seats, fragments of conversation criss-cross around the bus.

“I told Emily before I left, you better not tell my mom,” one girl says.

“Are we there yet?” a different girl complains.

One dude leans over to greet someone in a seat opposite him and almost falls over in his enthusiasm. A guy hands his business card to a girl he’s been chatting up; she wonders to her friends if it’s his way of trying to get with her.

After completing its campus circuit, the bus winds its way down the hill, and the chatter intensifies as the prospect of freedom approaches. When it pulls into the downtown station, the students quickly stream off, excited about what lies ahead even as the rain dampens skin left exposed by going-out clothes. The bus waits a few beats, looking empty, sad and forlorn, before pulling away into the night.

It’s after 1 in the morning, and rain is still falling, pattering off the roof of the Seneca Street station. A crowd of students sit in clustered groups, most mired in drunken hazes that make some of them silent and stony-faced and others exuberant and obnoxious.

The voices of a group of frat boy types climb above the rest, drowning out even the sound of the rain on the roof. They shout various Hebrew phrases, laughing maniacally.

“It’s okay. He has trouble with English,” one of his friends jokes. But the jab falls flat, and he turns away.

The second to last bus of the night arrives, and the students spring toward it, scrambling on board as if they are lost at sea and have found their lifeboat. “This is route 11,” drones an automated voice as the bus pulls away from the station. 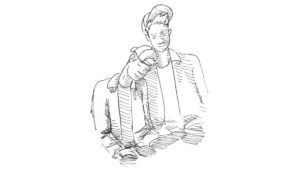 The frat boy types take over the back of the bus and loudly discuss football. But one bro, overtaken by fatigue, leans his head on another bro’s shoulder. It’s a surprisingly tender moment, particularly amidst the hullabaloo of masculinity playing out around them. The moment is soon punctured, though, as one of the frat boys yells of someone unknown, “He sucks dick!”

The bus approaches the last downtown station. Streams of students emerge from The Commons, racing toward their lifeboat, forming a blob that collectively pushes its way forward. But just as the mass solidifies, a group of girls, oblivious to the bus’s approach, jump out into the street in front of it. The bus comes to a screeching halt as the driver slams on the brakes, staring in disbelief. The girls pay him no heed, running across the street with reckless abandon — fearing nothing, believing nothing can hurt them. A girl on the bus turns to her friend, shaking her head knowingly.

With the bus at a standstill, the blob moves forward, shoving its way on until it seems that every square inch has been filled. Students jostle into each other, creating a sea of bodies pushed together in much the same way they just were on the Moonies dance floor. The driver waits for any semblance of calm. But after a minute or two, a group of guys gets impatient. “MOVE THAT BUS! MOVE THAT BUS! MOVE THAT BUS!” they chant.

“SHUT UPPPP!” someone yells back.

Finally, the driver — a middle-aged man with dark bags under his eyes — gives up on controlling the situation. The bus pulls away from the stop and begins to climb the hill, its engine straining against gravity like an exercise junkie trying to finish a long series of pull-ups. As it advances, the bus hits a series of bumps, knocking around its passengers — whose alcohol-filled bodies are already having difficulty maintaining a center of gravity — and producing melodramatic yells and screeches as the students tip into one another.

The bus continues to move forward, and the voices of its passengers combine to form a cacophony of sound — a din that reverberates around the close confines of the bus. Still, the voices of the frat boys manage to rise above the rest.

“I love AEPi,” shouts another.

Around them, an array of passengers sits (and stands) in sullen silence. Their dilemma is simple: Many are drunk enough to want to be home, but not drunk enough to be amused by the discordant tones of masculine-driven tomfoolery echoing around them. To them, the bus ride feels as if it will never end — like they are stuck in some science-fiction continuum where time ceases to move forward.

As the clamor of voices from the back continues, a girl in the front slumps into her friend’s lap. Her friend reaches forward and hugs her close. The bus stops midway up the hill to let some people off, opening its doors and exposing the continued pitter-patter of rain outside. The noise from inside the bus swells, and the driver leaves for a moment, ostensibly to check that everything is still intact after the bumpy ride up. More likely, though, he just needs a minute of peace away from the horde. Soon, he returns and drives on. When he pulls away from the stop, the lights from inside cast a glow on a figure walking up the hill; he looks dazed, confused and windblown as he’s left behind.

Back on the bus, what is a party for some and a nightmare for others continues on. Soon they’ll all clamber or stumble off. But for now, pressed against one another, they yell, chant, slump and roll their eyes as the bus pulls itself up the hill, advancing farther into the night. 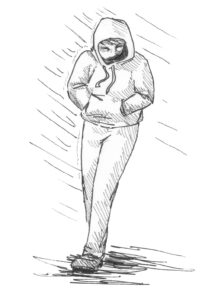 At long last, for one guy at least, it’s over. The door swings open, and he steps off. The bus rolls on, the only source of light in the dark of the street. Still, for a few seconds, the voices of its babbling passengers are still audible, drunkenly whooping their way up the hill. It’s fleeting, though, and soon the sound of inebriated shouting fades, followed by the roar of the engine. Finally, as the bus turns the corner, all that’s left is silence — a silence only broken by the soft sound of falling rain and the wisp of a gentle, calming wind.

Weekday routines can blur into a stale monotony. What mark many of our college experiences are the weekends and how we spend them. This is the first in a series of narrative accounts that capture pieces of the social scene in Ithaca. In this snapshot, Senior Writer Erica R.Hendry follows a crowd to 2nd Floor…

Weekday routines can blur into a stale monotony. What mark many of our college experiences are the weekends and how we spend them. This is part of a series of narrative accounts that capture pieces of the social scene in Ithaca. In this snapshot, Senior Writer Byard Duncan gives a play-by-play of three late-night intramural…

A shot in the dark