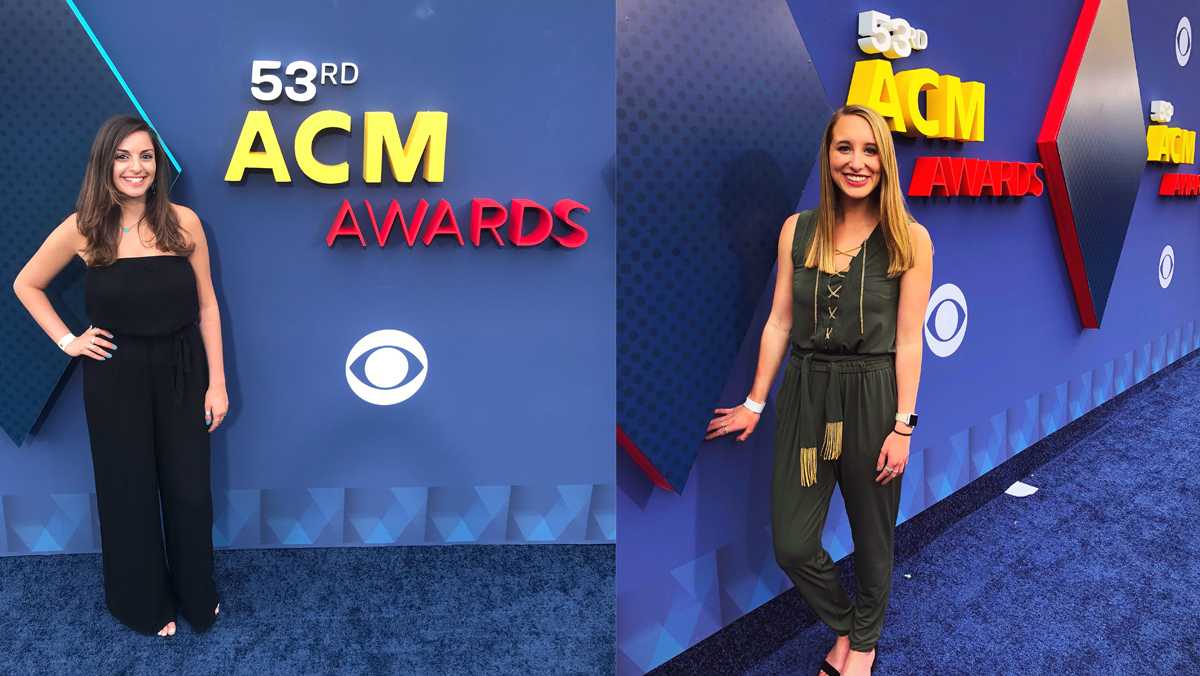 ACM is an organization founded in 1964 that aims to connect fans and artists in the country music industry through their awards show and their charity, ACM Lifting Lives. Throughout their three-month–long internship, Torovezky and Mautz were working to plan for the awards. They said that being at the show and seeing their work unfold that night was the highlight of their experience with ACM.

Torovezky and Mautz began their internships with ACM in late January but work in different departments. Torovezky was responsible for event operations that include travel coordination, scheduling and merchandise, while Mautz was in charge of coordinating promotional material like working with local universities to boost ticket sales.

Both worked on the red carpet, but during the show, they got to relax and watch, which Mautz said was enjoyable. She said she loved watching all of the musical performances, especially since she is a fan of country music and of many of the artists who performed. Torovezky said her favorite performance of the night was Carrie Underwood.

Torovezky heard about the internship opportunity from a former co-worker from her previous job as an events and marketing coordinator at the Office of Conference and Event Services at the college. She said she knew she wanted to work for ACM after working for both event services and the Ilana Ashley Events wedding company when she studied at the Ithaca College Los Angeles Program.

“Since I was graduating and didn’t really know what I wanted to do and didn’t want to get a full–time job yet, I figured I would apply, and five months later, we’re in Las Vegas,” she said.

Mautz is a second–semester senior and participating in the ICLA program. She said that the ACM internship was one of the ones she heard about through the program and that she decided to forward her resume through Meaghan O’Donnell ’13, the ICLA professional development coordinator.

O’Donnell said she was grateful for the internships available through the Los Angeles program because they allow students to take what they learn in the classroom and apply it to a professional setting. At least one student each semester interns at ACM, she said.

“It’s just a great opportunity to come and experience the entertainment industry,” she said.

Being able to work in the industry that she wants to work in after graduation was something she was grateful for, Mautz said.

“I’ve always really wanted to work in the entertainment industry and more so the music industry specifically, so kind of getting a taste of both with this internship is definitely really cool,” Mautz said.

Mautz said it was exciting to watch the awards and see the result of the work they had done over the past three months.

“Just knowing that we were a part of the awards and seeing it all come together was definitely really cool,” she said.