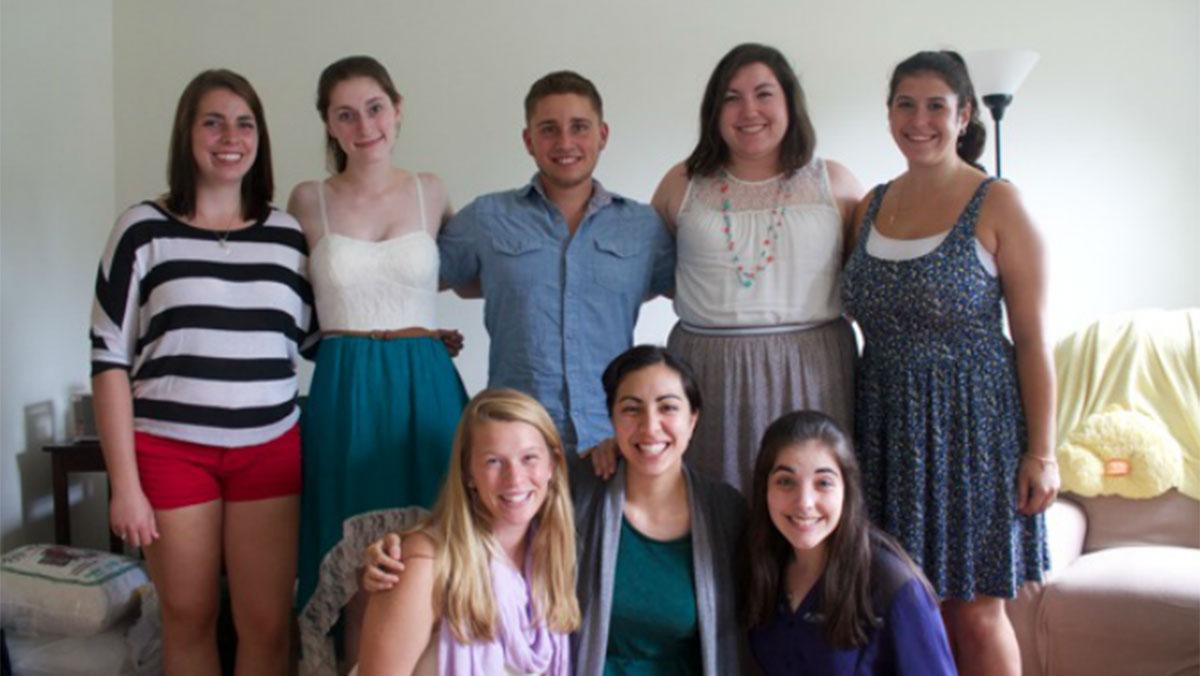 Melodic voices and a sweet tune carried through Ithaca College’s James J. Whalen Center for Music last month as music lovers came together for a monthly meeting to study every possible aspect of choral music and choral music education.

This organization is the college’s chapter of the American Choral Directors Association, founded and advised by Janet Galván. The Ithaca College chapter was founded in 1986 and is dedicated to enhancing experiences and education about choral music: vocal music performed by an ensemble of singers, in any way, shape or form. The college’s chapter consists of over 50 members, where people join through the website ACDA.org. The chapter at the college is designed specifically for students who have a passion for any kind of choral music and want to show it off as much as possible. It organizes workshops that are led by guest speakers and experienced music professionals from within the college community and from elsewhere.

Five times in a row, the college’s chapter of the ACDA has won the biennial award for being the most outstanding student chapter. This comes from work they’ve done with both college members and collegiate chapters across the nation.

Sophomore board member Laura Stedge said interacting with chapters outside of Ithaca is one of her favorite parts of the organization because it allows her to make new connections. Every year, there are regional ACDA conferences that the college’s chapter attends on the East Coast, but every other year, the group attends the national conference.

“This year, we went to Boston. They had workshops with famous choral directors,” Stedge said. “We also see many colleges perform, and it’s very inspiring for when we become future choral instructors.”

“We’re an organization that has the power to change people’s way of thinking about different cultures by exploring different types of music,” Child said. “When we go to conferences, we learn a lot about multicultural music, and it’s very important in light of the social issues happening today.”

When it comes to attending these conferences, the college’s chapter of the ACDA works to reduce the price of the trips. To do that, it has raised funds for the past two years through several events such as silent auctions and T-shirt sales.

However, the biggest fundraising event this year that the college’s chapter of the ACDA has put on has been creating a book that is compiled of 40 choral and vocal warmups sent in from all over the nation. Child said the book has been gaining massive amounts of recognition nationwide.

“About 10 years ago, people attempted to do this, but it was on a much smaller scale,” Child said. “We wanted to do it much bigger, and it’s a resource proving to be useful for people.”

Sophomore Anne Brady, special events coordinator, said she enjoys participating in the ACDA because of the inspiration it gives to aspiring and current choral directors all over the nation.

“I think my favorite part is knowing that we’re a part of something that provides inspiration,” Brady said. “While modern-day music school and curriculum can be so square, just being able to think outside the box and experiment is so rare to find, but the organization as a whole really serves that as a community.”

The ACDA also works to reach out to as many people who are interested in music as possible. This year, it is raising money through a benefit concert for the organization “Fund for Tomorrow.” This ACDA organization provides funds for underserved youth communities. It also pairs together young individuals with experienced conductors to provide more experience as the young musicians begin their profession.

Senior Sunhwa Reiner, president of the ACDA, said she hopes to expand this tradition of the concert throughout the country with other colleges. She hopes to unite these chapters together to help a good cause.

“This year, we’ve been trying to do more outreach with other school chapters,” Reiner said. “We want to hold this annual event on our own campuses but have the funds all go to the same cause and be united in that way.”

The benefit concert will be held at 6 p.m. April 17 in the Whalen center. Entry will be free, but donations are accepted, which will go to Fund for Tomorrow.

A previous version of this article has since been updated.