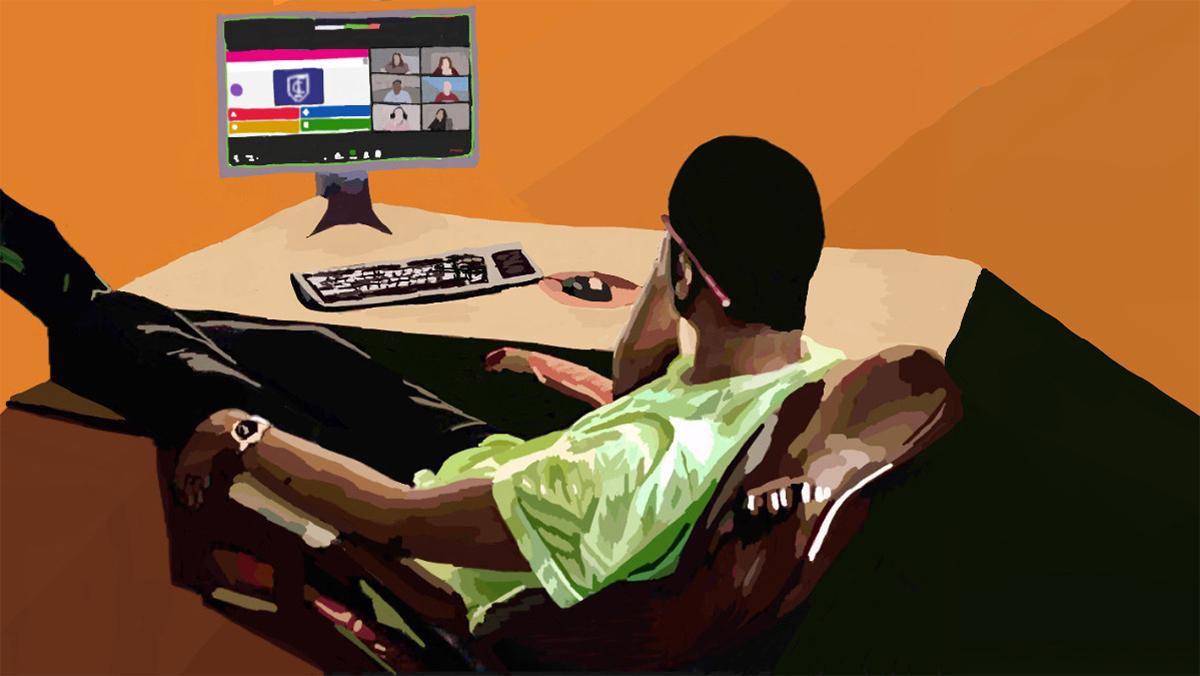 Student organizations at Ithaca College are focusing on building a sense of community virtually during the remote fall semester.

Jess Shapiro, assistant director of the Campus Center, spent the summer planning events to engage students throughout the fall semester. Shapiro’s work would typically revolve around organizing events in the Campus Center, but because events like open mic or bingo nights are largely unachievable in an online setting, her focus has shifted to virtual events. New virtual events, like cooking lessons on Mondays and trivia on Thursdays, can involve students who are at home.

Shapiro said she plans to host a mix of synchronous and asynchronous events that can be recorded and posted online for students who are unable to attend. Additionally, events will run up to an hour shorter than similar events in previous years, a change that she hopes will allow more students to attend.

However, Shapiro said that based on virtual events run over the summer, she expects event attendance to fall substantially as the incentive of free food is no longer an option, but the cost reduction from no longer having to purchase food should allow for more elaborate events. She said she plans to utilize social media and word-of-mouth as ways to help to spread the word about these events.

“Advertising will probably be one of our biggest challenges and also an opportunity to really do a lot of creative things with that this fall,” Shapiro said.

Sophomore Andres Rendon said he thinks online events hosted by the college could attract some students.

“When the whole session is focused on doing an activity [like cooking] that you can easily do yourself, either during the session or afterwards, I think that would be pretty cool,” Rendon said. “There’s also benefits [to the cooking series] because you’re learning how to cook off campus, so it’s kind of a life skill you’re learning.”

Junior Thomas Skroly is living at his family home during the fall and said that while he plans to remain active in the campus community, the idea of college-run events does not interest him. Skroly said he prefers the college to spend its time informing students about logistics for next semester or offering professional opportunities.

“I know that [the college has] done a lot of the informational events, and I think those were worth it to understand their stances on what is going to happen in the future,” Skroly said. “I think those are super worth it. Some of the stuff that doesn’t involve Ithaca College’s plans and stuff that is based on stuff that we would have back on campus I don’t think we need.”

Michele Lenhart, director of the Office of Student Engagement, said that the office plans to support student organizations by assisting them with their programming, funding and professional development plans this semester. Lenhart said that she hopes students can return to campus in the spring, but, if the college stays remote next semester, the office is prepared to support student leaders.

Student clubs at the college are using social media like Instagram to engage with continuing and new members. Premium Blend, the college’s only all-female–aligned a cappella group, used its Instagram account to host daily takeovers to give followers a peek into group members’ lives during quarantine, said sophomore Sammi Frieri, the group’s communications director.

In anticipation of fall season auditions, Frieri posted six videos that asked group members why they wanted to join Premium Blend. The posts also included information about where interested members could submit their auditions. The a cappella group has not performed this semester, but, on Sept. 29, it co-hosted a presidential debate watch party with IC Votes and Event Planners of Ithaca College.

Frieri said that posting to social media while students are not on campus was important to retain interest in the group.

“If someone happens to come across us to see that we’re active and that if they do want to engage with us … it would be worth their while,” she said.

Social media use has increased exponentially during the pandemic, according to The New York Times. For instance, Facebook received a 27% increase in website traffic. With public gatherings canceled and in-person interactions limited, users are looking to stay connected through virtual formats.

When junior Sara Boschwitz came up with the Health and Happiness Club, a new club this semester, she said that she envisioned it with members volunteering to help the local community, talking about health and doing physical activities like yoga.

“During the summer, I was like, ‘Oh, wow. That’s not going to be a possibility in the fall if we do get to go back because we wouldn’t be able to go in groups,’” Boschwitz said.

When the club was forced to go in a virtual direction, it changed to a multimedia publication called “The Health and Happiness Club.” The publication focuses on physical and mental health and accepts student submissions for articles, videos and podcasts focused on health-related topics. Boschwitz said she plans to keep the publication virtual in the coming semesters.

Ithaca’s Pinky Swear Foundation chapter, formerly known as Love Your Melon, ran into a similar problem trying to figure out how to function virtually. Senior Julia Nomberg, president of the Ithaca chapter, said the club used to go on hospital visits to support children with cancer.

“Another thing is having a sense of community,” Nomberg said. “It’s still nice to see everyone [on Zoom], but it isn’t the same as being in person.”

The club has transitioned to doing meetings and visits over Zoom, making cards to send to kids with cancer and raising money for the national Pinky Swear Foundation. The club also brought back its Facebook page to recruit new members.

“We still have the same mission, and we’re still able to do it, which is one of the great things we can do,” Nomberg said.