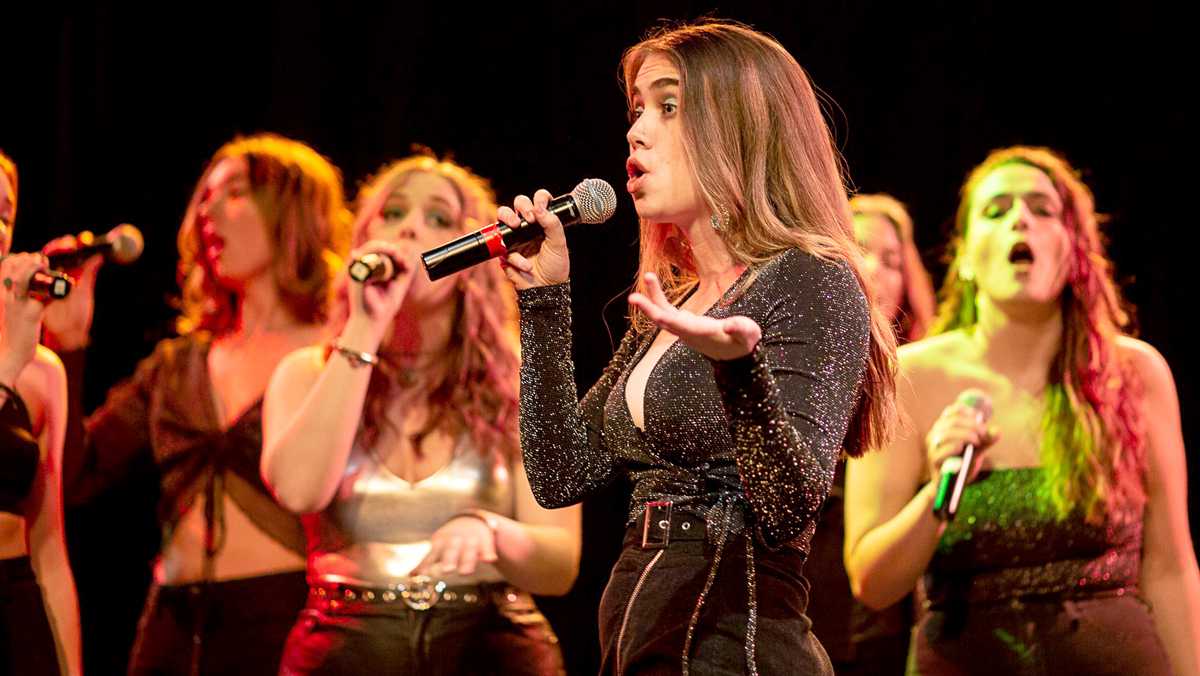 In the Watters Theater at Binghamton University, Premium Blend, the only all-women a cappella group at Ithaca College, huddled close, hoping to hear its name called as a finalist at the International Championship of Collegiate A Cappella (ICCA). After a few breaths, the group members heard the results. They placed.

Premium Blend took home the sought-after second place prize Jan. 25 to cheers from the group members and encouraging whoops from the crowd. This victory allows the group to compete on March 28 at the University at Buffalo for the round. It will be joined by the University of Rochester Midnight Ramblers, which took home first prize.

“My face cracked,” she said. “My heart was pounding. … I’m just so proud of all of them. I know how hard they work.”

The Accidentals, an a cappella group at Ithaca College that was formed in Fall 2017, also competed at ICCA. This is the group’s first time competing, said junior Evan Hangley, founder and musical director of The Accidentals. While the group did not move on to the next leg of the championship, sophomore Ian O’Neill said he is proud of the hard work and long hours he and his fellow group members put into their performance.

“I was excited to finally be here after all the work we put into it,” O’Neill said. “Afterwards, I’m feeling like we did put in the best we could have with what we had. … As much as the outcome was not what we wanted, I’m so very happy for those who got to move on.”

The ICCA takes place from January to April and follows a bracket system, with quarterfinals, semifinals and finals. Every year, the finals are held at the Beacon Theatre in New York. Approximately 450 groups are competing this year in nine regions in the United States and Europe. Ten groups will make it through to the finals, including one wild–card champion. The second– and third–place winners from every semifinal have the opportunity to enter a video submission to be evaluated by the judges. Whichever group is chosen gets to join the final competition.

For a group to enter any of the ICCA competitions, it must first submit an audition video to the website for Varsity Vocals, the organization that presents the competition. If accepted, the group has to create a set of songs that is under 12 minutes that will be performed at the quarterfinals.

Although it is not a requirement for the competition, both The Accidentals and Premium Blend chose to base their sets on themes.

“Every song in the set is related to a dream,” Renna said. “It’s something more theatrical than we’ve done in the past, and I think that’s really cool and unique for this group in particular.”

Premium Blend included the songs “Sweet Dreams Are Made Of This” by Eurythmics, “Trampoline” by SHAED and “Dream On” by Aerosmith. The group’s president, senior Lydia Brown, was responsible for Premium Blend’s choreography, along with junior Kallie Miholics.

“Getting to work in the creepiness of [dreams] was really cool,” Brown said. “I feel like it’s riskier than what we’ve done before but also really innovative,” Brown said. “That’s one thing I really wanted to do — have new and innovative stuff that the judges haven’t seen before.”

The risk paid off: Premium Blend also took home the prize for best choreography, one of the individual awards ICCA doled out. Other prizes included outstanding soloist, outstanding vocal percussionist and outstanding arrangement.

Hangley said the group’s theme was individuality. The set was approximately 11 minutes long and featured the songs “Don’t Stop Me Now” by Queen and “True Colors” by Cyndi Lauper.

Hangley said he thinks his fellow members were prepared to take on the challenge of a competition.

“I know most other groups took … four years to even have a block concert, let alone participate in a competition,” Hangley said. “We wouldn’t have been able to do this had it not been for the other groups on campus almost literally leading the way.”