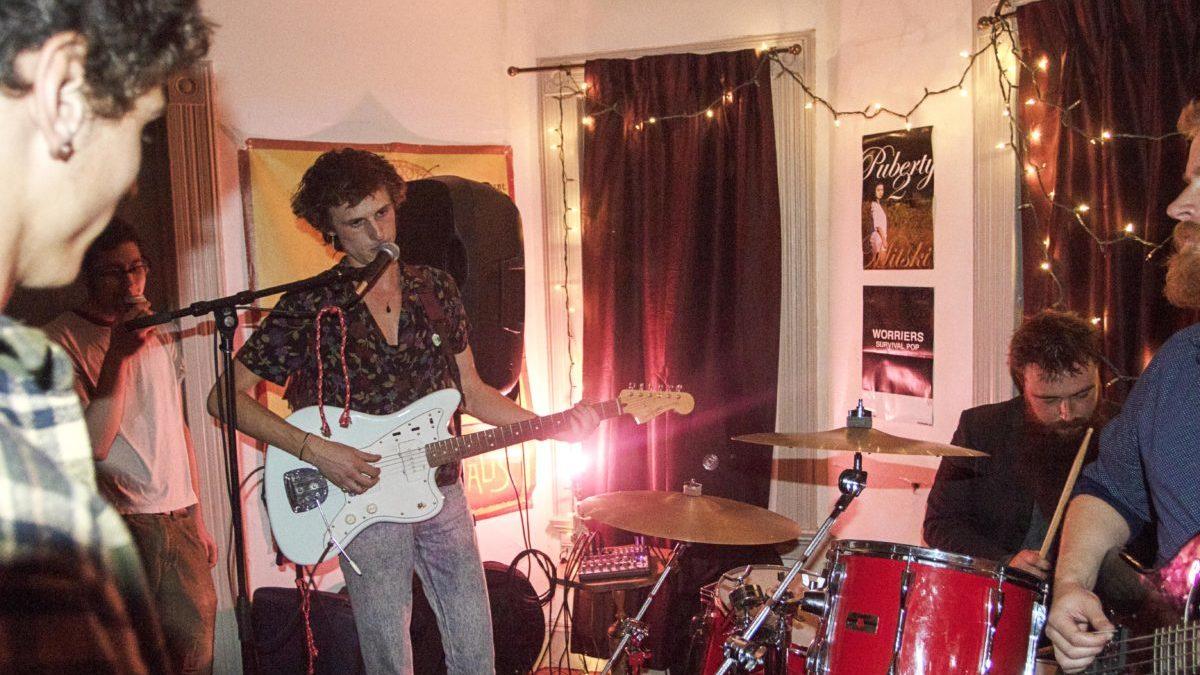 It is a brisk Saturday evening, Sept 8. Outside a South Hill house, lively discussions about art, politics and culture are shared over beers and cigarettes. Through the smoke and up the stairs, musicians, organizers and bystanders carry musical equipment into the house. This isn’t a standard college party full of loud rap music and reckless drinking. This is a house show: a do-it-yourself concert performed in one of the many student-rented homes that occupy South Hill’s streets.

Ithacans did not invent the house party scene, but it is a unique culture that welcomes both student and touring acts to play in these personal venues. Attendees are invited on an in-the-know basis.

Ithaca College senior Yarra Berger, who hosts these parties with her roommates, said they worked to find the perfect space to fit a house-show venue. She said she first started throwing the parties last year.

“Me and my current roommates had talked about how we wanted to have a house venue,” she said. “When we were looking at houses we were like, ‘Okay, could we have a house [show] here, what are the stairs like, is there room in the living room?’” 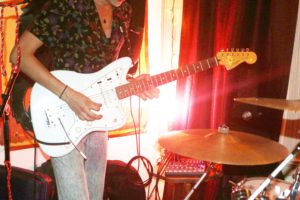 Inside Berger’s house, low lighting sets an indie rock atmosphere as a man with a guitar steps up to the microphone. The night’s first act is called Semesters — just a solo guitarist. It’s fitting. The act is as simple as an open mic night and as humble as the structure it is taking place in. The set is intimate and vulnerable, full of mistakes and voice cracks, but perfection isn’t the point here. The house is in less than perfect shape, and the show is already behind schedule. Perfection be damned — this is about intimacy.

“In some ways, it’s just like a party,” he said. “ There’s not a whole lot of pressure for things to move super quickly. It’s just a lot of fun to feel out that environment.”

After the first set, there is a lull in the action as drums are brought up the treacherous staircase into the house. The crowd moves outside for fresh air and cigarettes. There are approximately 30 people on the lawn outside: a mix of artists, students, writers and even a special education teacher from a high school.

Among the people at the show is sophomore Dan Rogers, who only discovered house shows once he got to Ithaca.

“The DIY scene in my town is nonexistent,” he said. “So going to a lot of house shows in Ithaca is almost like catching up for me.”

The next act to play, Field Destroy, draws most of the crowd inside again. There is little movement because of the limited amount of space. Some attendees nod their heads, others stand, watching intently, and others head to the kitchen for food and drinks. The show is more casual and intimate. Instead of showing a ticket to enter, entry is free with a suggested $5 donation for the touring bands, which is collected in a jar passed around after each set. Berger said she often tries to have two touring bands before filling the rest of the bill with local artists.

Part of the draw towards the DIY scene for some is the amount of experimentation and bold new ideas that underground music can produce.

“So many people do the same thing over and over again without advancing anything,” Rogers said. “So it’s cool to hear some innovators making it work.”

Lackland said that underground venues can be more open than traditional concert settings. 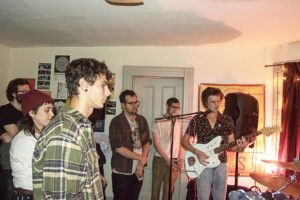 “There can be a lot of passion without the type of constraints that are sometimes found in other gallery or venue settings,” Lackland said. “If you’re doing something that is considered nontraditional or super progressive or if you’re just in some shitty band, people are okay with that.”

The third act, They Are Gutting a Body of Water, becomes a noise concern. By this point, most of the crowd is on the lawn again, trying to avoid the inevitable ringing in their ears from becoming worse. The close proximity to the speakers was already an assault on the ears before this particular band decided to turn its amps up to 11.

Berger said that while she doesn’t usually have noise concerns, the looming threat of a noise complaint is still an issue.

“There’s all these ordinances in town that you have to stick to,” she said. “I only have shows on Saturdays because it works better for me but also because on Fridays and Saturdays you have the weekend times where you can go until 1 a.m. instead of 11.”

“House shows should be a place for people to get their name and art out to people, and when the same bands are booked every week, it’s impossible for new voices to be heard,” he said.

Berger agrees with this sentiment and said she actively tries to put on shows with as much variety as she can.

“I really try to be an inclusive booker,” Berger said. “I feel like the music scene in Ithaca is kind of white and mostly men. I always try to have pretty diverse bill.”

After another short break, the bill’s last band, Full Body, starts its performance. After negotiating sound issues, it makes it all the way through and the crowd is loving its material. The crowd has dwindled as the show has now gone past its original end time of 11 p.m., but those who stuck around are entranced by the music being made in such close proximity, with no barrier to obstruct the moment.

“It’s so intimate when they’re literally standing four feet away from me when I’m playing as loud as I can, and they’re there freaking out or having a great time dancing,” Lackland said.

After the show, a man approaches the band and begins asking about buying a shirt. It’s the connection shared between audience and performer that separates this from an ordinary concert. No side stage, no merch table, no barrier, not even a stage. Just a small, less than 10-square–foot room, the audience and performers exist equal to one another in both stage height and proximity.

Everything feels shared — from the cheap wine to the music itself.