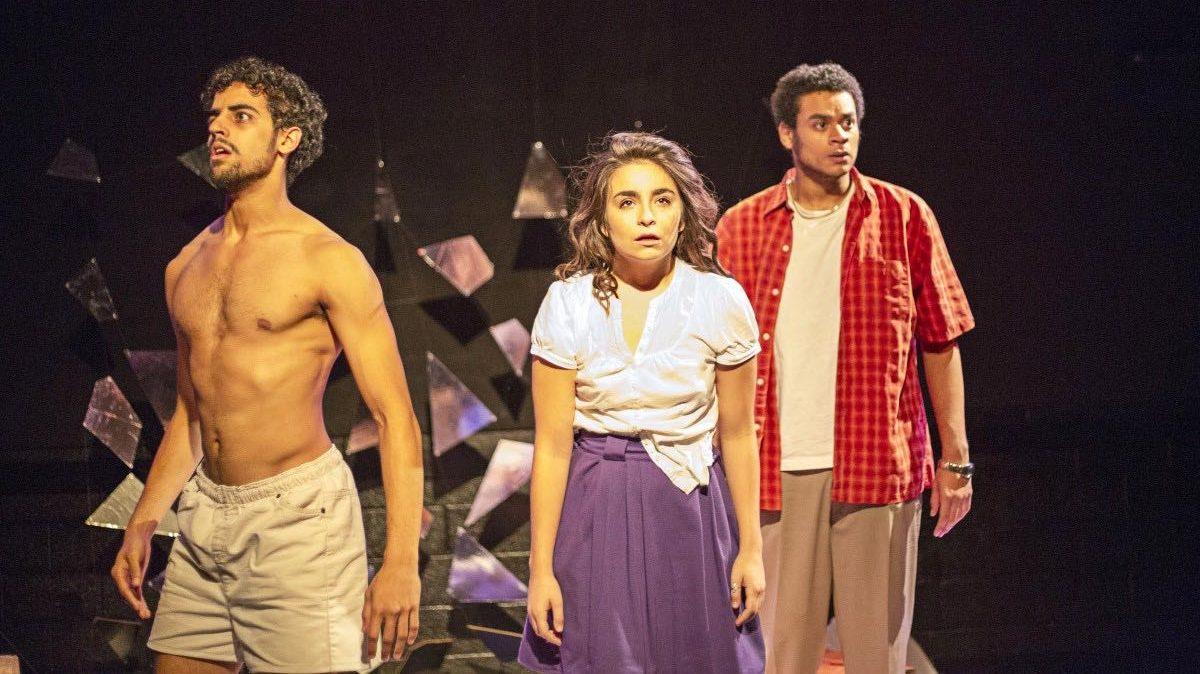 A bicycle can symbolize life. It is composed of two wheels that turn constantly. However, when visualizing a wheel, it is difficult to determine which direction it is moving.

That’s exactly what senior Alisar Awwad was trying to capture in her production of “A Bicycle Country,” a play she directed that focuses on the journey of Cuban immigrants.

“A Bicycle Country” was performed in the Earl McCarroll Studio Theatre in Dillingham Center from Sept. 22 through Sept. 29. This student-run production is the first play hosted at Dillingham that is composed of an all people-of-color cast. It is a story that explores the Cuban Rafter Crisis and the hardships many immigrants had to overcome to make an adequate life for themselves. It delves into the concept that life is like a wheel — there are always ups and downs and obstacles that stand in the way of immigrants who are simply seeking a fulfilled life.

“‘A Bicycle Country’ goes beyond a historic perspective and more toward a metaphor,” Awwad said.

The play is set during the 1990s when Cuba’s economy was dramatically deteriorating. People were living in extreme poverty. The state of the economy affected transportation to the point where the government issued bicycles to all residents so they could get to where they needed to go. Food became scarce, and residents were left with basically nothing.

“A Bicycle Country” shares the story of three Cuban exiles in search of a better life, and, as Awwad said, the lives they deserve. The three main characters, Pepe (junior Usman Ali Ishaq), Julio (sophomore Jahmar Ortiz) and Ines (senior Sara Gutierrez), are specifically seeking freedom throughout their journey from Cuba. These “freedoms-from” compose the major themes seen throughout the play. Julio, who is recovering from a stroke, seeks freedom from the restrictions of his own physical body. Another character, Pepe, is in search of freedom from loneliness and is searching to find a way to love himself. Lastly, the third character, Ines, seeks freedom from location. Her hopes and dreams are hindered by her upbringing because in Cuba’s economic state, it is impossible for her to grow and reach her full potential.

The play illustrates how upon entering a new country, hope for self-improvement is instilled in the minds of many immigrants. However, when arriving at a new, unknown country, a place where these characters hope to someday call home, they face a multitude of restrictions. Awwad said the concept of whether these characters are moving forward or backward — hence the bicycle metaphor — comes into question as well.

By working with a cast that was entirely made up of students of color, Awwad said there was no need to educate the cast about the oppression immigrants face because they were already well aware of the oppression and hardship the play expresses due to their own lives and cultural experiences.

“I’m no longer educating people on experiences and what it means to be an immigrant,” Awwad said. “I save time working with people who have similar experiences, understandings or identities that they can pull from in order to understand the story.”

Awwad also said that working with an all people-of-color cast felt empowering and eye-opening.

“Finding people of color has changed my perspective,” Awwad said. “We don’t have to erase aspects of who we are, but rather are given an opportunity for our identities to bloom and flourish in the rehearsals.”

Ishaq, a first-generation student, said he believes being a part of this all people-of-color cast as one of the main characters, Pepe, was an incredible experience.

“There’s new levels of consciousness,” Ishaq said. “We’re able to understand each other through their own afflictions. It’s so joyous the way the life of the text comes out so authentically.”

Awwad also said that she hopes this play will help people to recognize today’s societal problems with xenophobia.

“When we think about the refugee crisis, we think about how many people died — not who died and what they died for,” Awwad said. “We reached a point in society where we are okay with people risking their lives on these dingy rafts and tires, crossing borders in order to seek a better life, as opposed to helping each other out and building each other up.”

“I hope people will go and do something with the stories they hear,” Awwad said.

Bale said the play was very powerful in capturing the story of the Cuban Rafter Crisis. He also said the play made him realize that the stories portrayed in “A Bicycle Country” are still happening today.

“It gives you a true example,” Bale said. “It just makes you think of things that happened in the past, but it also makes you aware that stories like this one are still going on today.”

Ishaq said there are many different messages and themes that compose this play, but the concept of love stood out to him when portraying his character.

“There is always a time to love regardless of what’s going on in life,” Ishaq said.