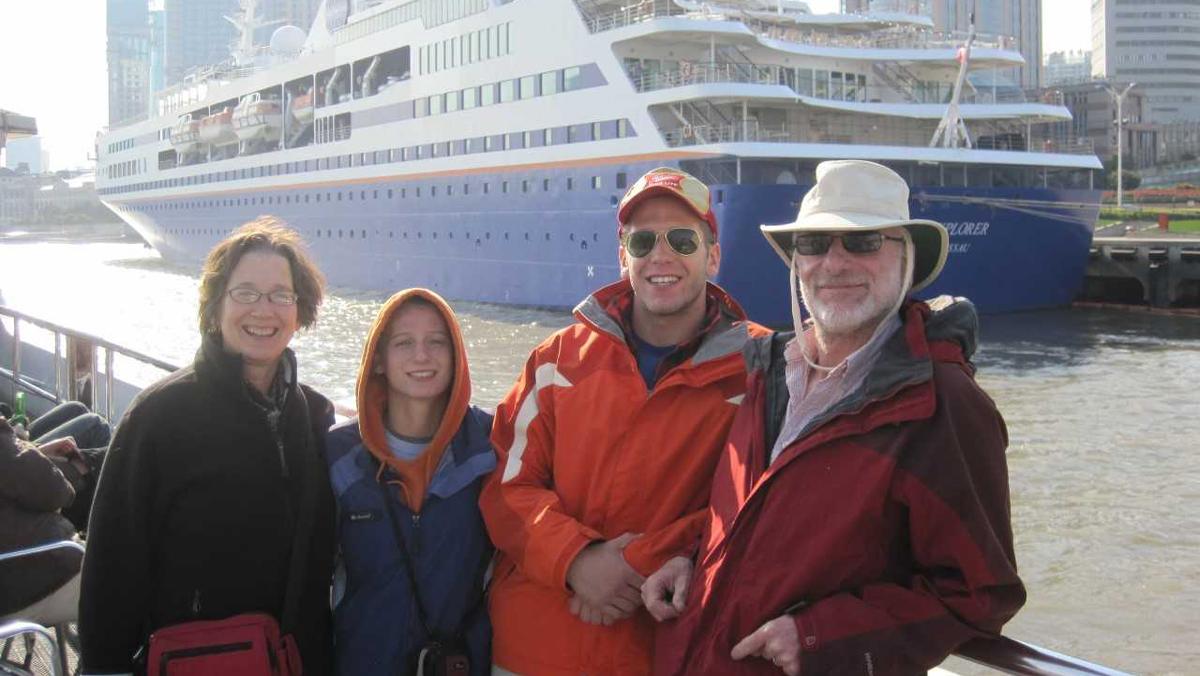 Picture listening to your professor’s lecture on the Vietnam War as you stand in Vietnam. Imagine taking a class about slavery, then visiting the slave dungeons in Ghana. Think about learning the history of Buddhism and experiencing, in person, where it originated. Semester at Sea, a study-abroad program that allows students to live on a cruise ship, makes all of these learning opportunities a reality.

Semester at Sea is a nonaffiliated program with Ithaca College and is sponsored by Colorado State University to combine traditional classroom and experiential learning for 500 to 700 students living on a cruise ship. The ship has two general routes that change depending on the semester: One explores Europe, Africa and South America, usually in the fall, and another focuses on Europe, Asia and Africa, usually in the spring. In both programs, the ship will dock at 10 to 12 ports for field trips that coincide with the classes taught on the ship.

Between Fall 2013 and Spring 2018, a total of 24 Ithaca College students participated in Semester at Sea. Rachel Gould, director of study abroad in the Office of International Programs and Extended Studies, said the college usually sends an average of two to five students a semester. Although the program is nonaffiliated, meaning students from the college cannot fund the program with scholarship money and credit transfers for some coursework are not guaranteed, the process for sailing away for a semester at sea is generally the same as studying abroad in a program stationed in a specific country.

Senior Arietou Amadou-Wattara sailed from San Diego, California, to Asia and South Africa in Spring 2018 with the program. When Amadou-Wattara began looking for study–abroad programs, she said, her adventurous spirit pulled her toward dual programs that would allow her to study abroad in two places. But with Semester at Sea, she found she didn’t have to limit herself to two countries.

Amadou-Wattara is from Togo, West Africa, but she hadn’t traveled outside of the United States for seven years before her Semester at Sea experience. She said the ability to wake up in a new country every week exposed her to new ideas and people.

“Being at sea was magical,” she said.

She said one of her favorite memories was in Myanmar, exploring Bagan’s 1,000 pagodas — sacred Hindu or Buddhist temples — with friends. It was a spontaneous adventure that allowed her to meet and connect with people on a deeper level. While there, she met a 15-year-old tour guide and many hardworking female artisans creating a yellow cosmetic paste called “thanaka.” She said the people she met throughout the trip left an impact on her and allowed her to feel closer to her home country.

“I have seen poverty at close range,” she said. “… In many ways, I felt closer to some places than others, because in the locals I could see the citizens of my country, Togo, with little possession, but with so much love, compassion and dream.”

Before senior Rachel Steinmetz participated in a Semester at Sea in Fall 2017, she said, she hadn’t really wanted to go abroad. Then, a friend mentioned going to several different places through the Semester at Sea program, and Steinmetz was hooked.

Although her journey was filled with a lot of fun, not every moment lacked seriousness. She said that visiting various countries around the world helped widen her global perspective.

“I really think people need to get out of their own bubble and really explore the world because it has so much to offer,” Steinmetz said.

Frederik Kaufman, professor in the Department of Philosophy and Religion, taught for Semester at Sea and said the program allows students to question the ideologies and values they’ve been taught and develop a deeper sense of compassion for others. He said the concepts and theories taught in a traditional classroom may not affect students as much as when they actually see and experience them. He said his own experience, teaching theory in class and then seeing those effects in real life, opened his eyes and shook him out of his complacency.

“I have a unit on war,” Kaufman said. “So I’m standing at ground zero of Hiroshima teaching about nuclear weapons. … It has such an impact on people,” he said.

On top of the traditional classroom learning, Semester at Sea offers a variety of field trips tailored to certain subjects. Because of Steinmetz’s film class, she was able to visit Bollywood, India, and watch actors and actresses who performed so close she could almost touch them, she said. For the same film class, she also saw the set of Game of Thrones season six in Girona, Spain, and for her intercultural communications class, she got to meet and talk with Chinese students.

Amadou-Wattara, a health care management major, noted it can be difficult to get classes to count for your major; however, Steinmetz, a communication studies major, was able to take two classes in her field. Steinmetz said that although not every class counted toward her major, there were other practices and skills she learned at sea that helped her with her course of study.

“Something about my major that really relates is learning to communicate with people using nonverbal communications,” she said.

Not everything about the Semester at Sea is easy. It can get boring on the ship. The boat didn’t have a regular internet connection, just email and a phone that people could use to call home.

For some, it can also be difficult to stay on the sea for so long. Kaufman said he was particularly sensitive to getting seasick, and sometimes that became difficult. By the end of Steinmetz’s first lecture on her first day, people were running out of the room to throw up.

Despite stumbling around her cabin or having the occasional bout of homesickness, Amadou-Wattara said she misses it all.

“I miss wobbling my way around the hallways,” she said.