The not-so-sweet life: Students cope with diabetes in college 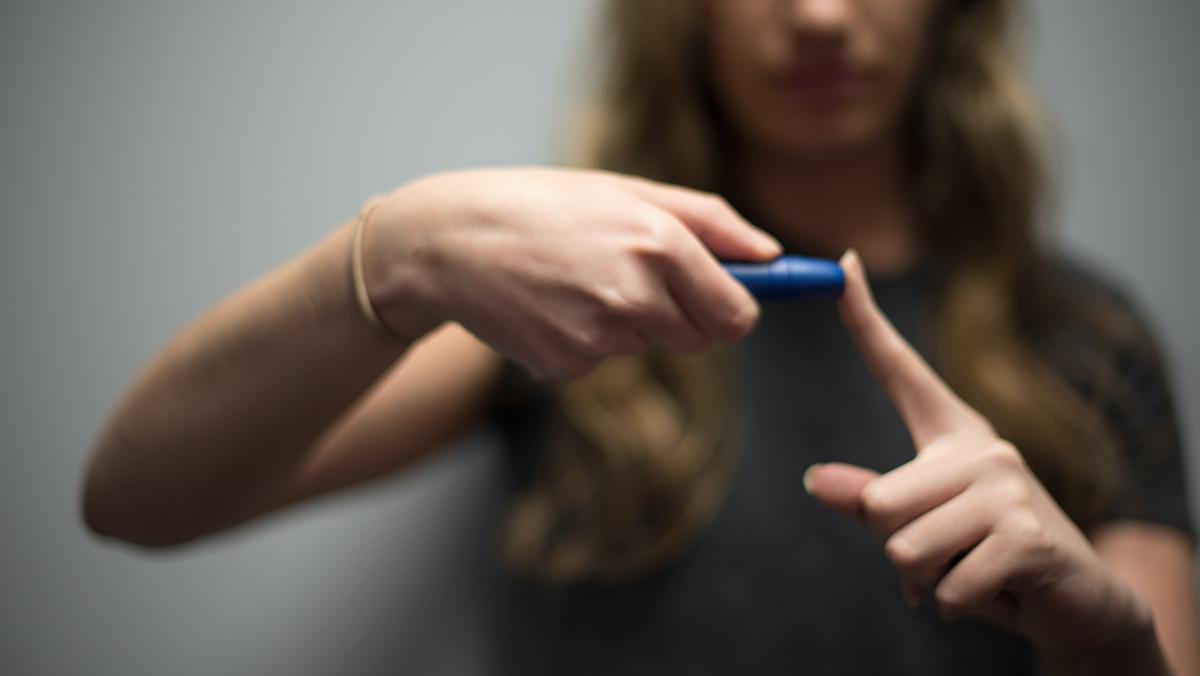 While Thanksgiving break was a time for students to gorge on turkey, stuffing and cranberry sauce, some were not as free to indulge themselves. Dietary restrictions caused by diabetes are one cause of this. This past November was dedicated to diabetes awareness, making it an important time to think about friends, family or just one of the 29 million Americans affected by the disease.

“Raising awareness for diabetes is important. Being diagnosed isn’t always something that can be controlled, but we do have control over finding a cure,” said senior Mike Kaminskas, sports director at ICTV.

Kaminskas has a little sister with diabetes, who will be turning 15 this year, making diabetes awareness especially important to him. Diabetes is a disease that is characterized by a lack of or altered level of insulin, the chemical that regulates blood sugar levels. As a result, diabetics must monitor what they eat and in some cases pump themselves with insulin using a handheld device with a needle attached to an adhesive patch that goes into the skin.

Diabetes is categorized into two types: Type 1, which Kaminskas’ sister has, and Type 2. The main difference is that Type 1 is a complete deficiency of insulin, while Type 2 is a disorder in which the body does not create enough insulin. Type 1 diabetes lasts for life and cannot be prevented, while Type 2 is preventable with correct eating and exercise and can be managed with proper diet.

Hannah Corcoran is a junior at Ithaca College who has been living with Type 1 diabetes for 10 years. As a result, she must carefully monitor how many carbohydrates and sugars she consumes.

“It’s an everyday struggle, specifically managing blood sugar during classes and being able to function off a high or low blood sugar,” she said.

Focusing in class can be difficult when feeling the effects of too little blood sugar, so Corcoran said she carries snacks to help her out. Corcoran estimates that she checks her blood sugar four or five times a day, but it can vary based on how the day is going, such as knowing she ate something high or low in carbs. While Corcoran currently lives off campus, she said managing her blood sugar levels was tough in the dining halls.

“When I was on campus it was difficult because you have to know the carb count just by looking at the food, and that all comes with experience,” she said.

Corcoran said as a Type 1 diabetic, she has a little more freedom than those with Type 2. Even though Type 2 is less severe, Type 2 diabetics must monitor what they eat more carefully because their body can only produce a limited amount of insulin. What’s more important for Corcoran is knowing how many carbs she has consumed so she can give herself the correct amount of insulin, since Type 1 diabetics produce no insulin at all. Too little blood sugar can lead to hypoglycemia, which in severe cases may cause seizures or a coma. Too much blood sugar, on the other hand, can cause hyperglycemia, which may cause shortness of breath or vomiting. A single high blood sugar reading isn’t cause for alarm, but high blood sugar can lead to long-term problems like kidney disease.

Managing insulin levels is even more important. Without insulin, sugar cannot be broken down in the body, which can lead to a condition known as diabetic ketoacidosis. In severe cases, this can lead to coma or death. Symptoms to watch out for include feeling tired, confusion and nausea.

Being mindful of students with certain dietary needs is something the dining hall staff keeps in mind while preparing food. Natalie Nicholas, the Sodexo dietitian on campus, said portion sizes and nutritional information are available on the placard above each item served in the dining hall.

Campus Executive Chef J.J. Molina said getting easily accessible nutritional information is something that’s being worked on. The app Calorie Counter & Diet Tracker by MyFitnessPal allows users to scan barcodes and see the nutritional information of anything in the database. The app itself is not associated with Sodexo, but certain recipes Sodexo uses can be found in its database.

“Most of the recipes — and they’re working on getting all of them on there — can be tracked with MyFitnessPal, and they can tally how many carbohydrates they’ve consumed,” he said.

Nicholas said any student who wants to consume less sugar or fewer carbs should make sure to keep an eye out for the mindful sticker around the dining hall, which uses low-fat cooking methods and reduced amounts of sugar.

Knowing what one is consuming is an important factor for diabetics, especially Type 1 diabetics like Corcoran, who must make sure they inject themselves with the correct amount of insulin.

“It’s all experience and learning. Usually it’s on the nutritional pack on the back, but it’s difficult at restaurants when you aren’t sure of the portion size. You’ll order a cheeseburger and have to know what’s in the bun, the ketchup, all of it,” Corcoran said.

Despite the restrictions and challenges, diabetic students can still live a normal life. Other than having to count carbs and check their blood glucose, their day-to-day life is similar to students without diabetes. Still, having a support system in place can be helpful for them in case the additional stress of managing the disease on top of everything else becomes too much.

Corcoran said having a support system is important, especially when she was first diagnosed. Corcoran’s younger sister also has Type 1 diabetes and was already living with it when Corcoran was diagnosed.

“She was like my rock and my support. It was rare that I had that partner, but I would say that for all diabetics, it’s good to have someone,” she said.

Both Corcoran and Kaminskas stressed the importance of diabetes awareness and hope for a cure.

“With advancements made in the past 10 years, we are closer to a cure so that there won’t need to be counting of anything,” Kaminskas said. “But we aren’t there yet. This is why raising awareness for diabetes is important.”