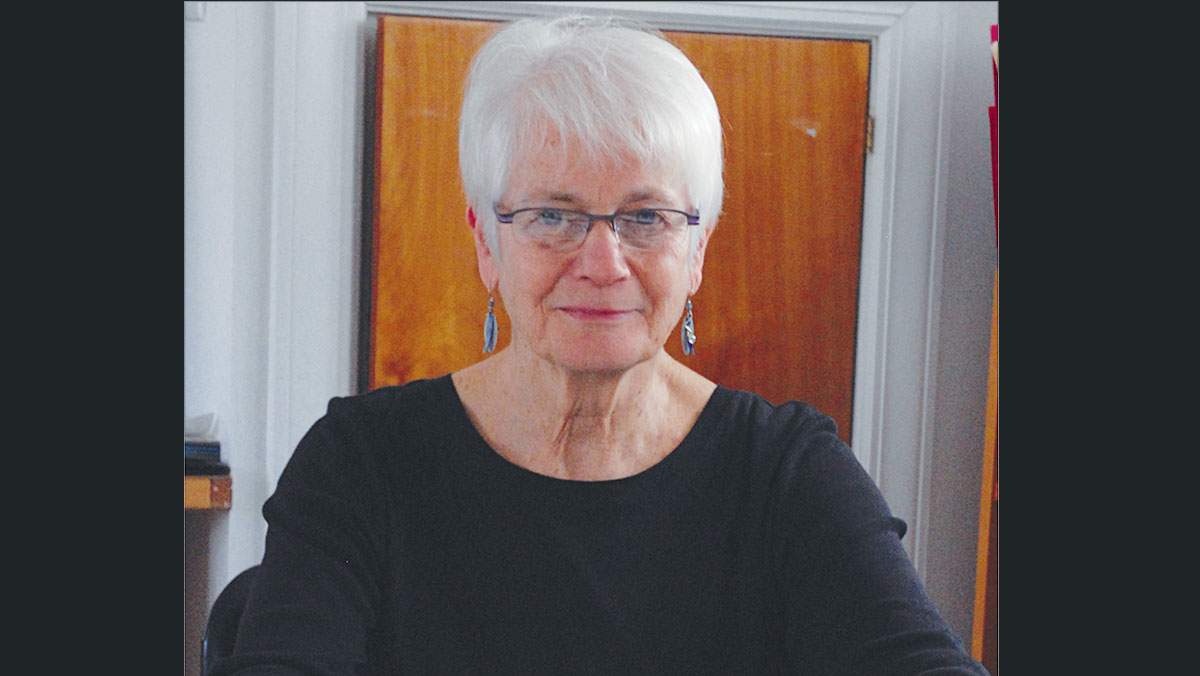 With her portfolio of darkly rendered images of nature and scenery, Laurie S. Snyder has risen to be one of the more decorated artists and photographers in the Ithaca area. Snyder, a Cornell alumna, is a seasoned teacher and has worked at the Maryland Institute College of Art for 20 years. In addition, Snyder had been employed as an instructor in photography at Ithaca College from 1983–85. Snyder’s work, which often touches on landscapes and natural forms, has been featured in many esteemed venues, including the Smithsonian Dibner Library of the History of Science and Technology in Washington, D.C.

Snyder will speak to Ithaca College students and faculty at 6 p.m. Dec. 11 in the Handwerker Gallery during her presentation titled “Art is Hard.”

Contributing Writer Cristina Saltos spoke with Snyder about her upcoming talk as well as her experiences as an artist and teacher.

Cristina Saltos: What would you say is the message of your upcoming talk, “Art is Hard”?

Laurie S. Snyder: That art is not easy, that it’s like literature or theater: it’s hard work, it’s practice. It’s finding inspiration in little things and then pushing that inspiration to become something. There’s always that struggle of trying to have something that hasn’t been done before quite like that. So I think that’s where the challenge is.

CS: If art is hard, what keeps you motivated? Where do you draw your inspiration from to keep innovating?

CS: What is special about this form of art that keeps you coming back?

LS: Well I like to make things, so I’m on the craftier end of photographic arts. I don’t have a great deal of facility with the computer so I tend to make things that are physical in nature.

CS: What would you say is different about working in this medium in comparison with other mediums, such as sculpture?

LS: Sometimes my work tends toward the sculpture. You have to make choices in your professional career. You find yourself getting employed teaching photography. You’ve had a bunch of other skills and so you have to professionalize. By professionalizing, you do yourself a favor saying, “Well, I’m a photographer, I’m not going to make stuff out of concrete.” It simplifies life a little bit to sort of know who you are.

CS: Will this talk feature any of your own artwork or the artwork of your students?

LS: I will be showing my artwork in the presentation. I do have some upcoming exhibits in Ithaca, so they’ll be chances to see my work in 2015.

CS: What would you say is the difference between being an artist and teaching?

LS: There’s a lot of difference. I used to say my profession was art midwife. I’m helping students stick to an idea, pull it out of themselves. They have to labor, it’s hard and you have to have and idea and stick to your idea — your concept. You can’t just sort of do one and say, “Oh, I’m done!” That’s the difference with being a professional is that you have to make it look easy. That’s the same as being a musician. The virtuoso makes it look really effortless, [like] anybody can to that. But the fact is that it takes a lot of practice. You have the same kind of thing in any kind of art practice. If you’re gonna be a professional, it’s not just that the art room was your most favorite class but you hated all the other classes so it was the least awful. You have to go beyond that.

CS: What do you hope audience members get out of your talk?

LS: [I hope they get] a little familiar with my work. I’ve moved back to Ithaca after being away teaching in Baltimore for 20 years. I used to teach at Ithaca College years ago as an adjunct and at Cornell. But I took a full-time job in Baltimore, Maryland.

CS: It’s cliche, but is there anything you would say to any young people aspiring for a career in art?

LS: I think you need to really look at what you really consider “making it.” If you aspire to be Jeff Koons, it’s good to have a previous career as a hedge fund trader so that by the time you’re trying to make art you’re financially very solvent. He was a graduate of the school that I taught at, the Maryland Institute College of Art. He runs his practice with inspiration and like a factory. So if that’s your definition of making it, good luck to you. Is making it teaching and continuing to make your own work? That was my definition of making it. It’s who you want to be. I think that studying art and music and literature is a very good way to prepare yourself for an adult life. You can experience through literature and art and music a lot of the grand emotional tropes of life. I think it’s a very valuable educational pursuit. What you do post college is a terrifying thing. Anything is possible, and it all requires your energy and focus. One of the hardest transitions is post college, making work when it’s not assigned. That it’s due on Tuesday at 4 [p.m.] is a great big motivator. And you have an audience. You have your other classmates who are going to see it, they’re going to hear it, they’re going to read it or they’re going to experience it. Real world you could have a perfectly gorgeous exhibit, whether it’s at Collegetown Bagels or whether it’s at gallery, and maybe it coincides with a big snowstorm and nobody goes. It’s hard to keep your conviction going.

CS: Would you recommend for students to have a clear idea of what they want to potentially do, and to follow that path?

LS: I think they should have a clear idea of following several paths. I think about my peers who are retiring. Most of us are not doing what we thought we would do when we were 20.