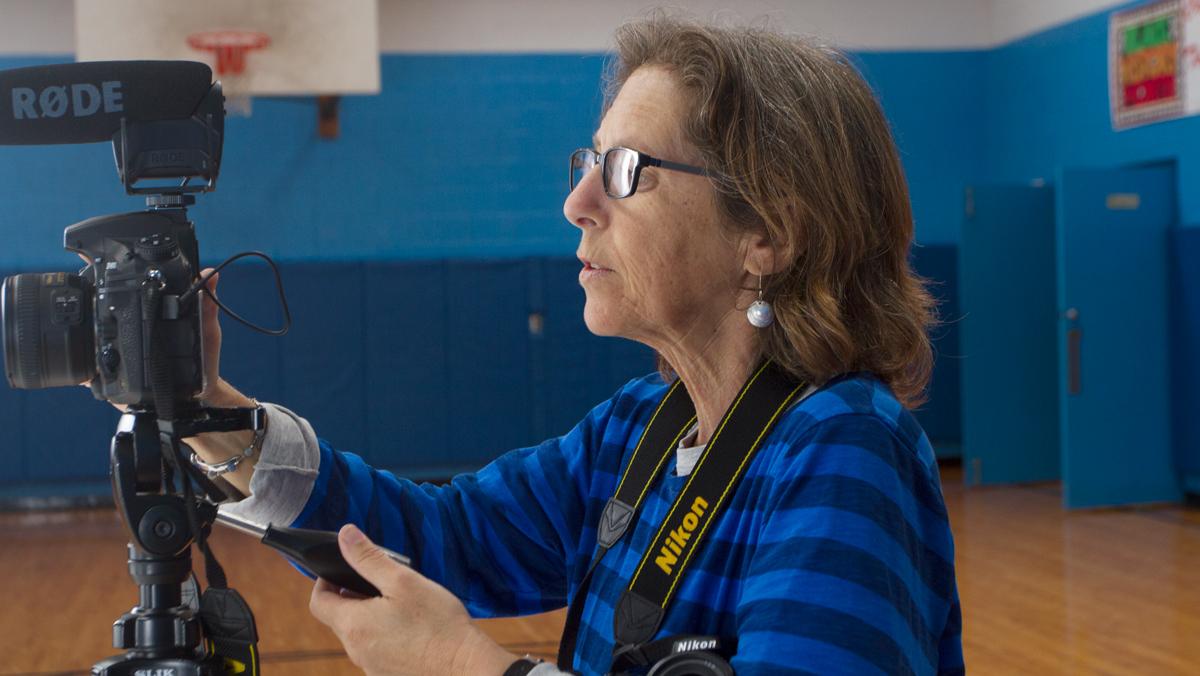 Maxine Hansford/ The Ithacan
Ithaca College Professor Robyn Wishna started the "We Are Ithaca" project to feature the personalities of Ithaca community members. Wishna set up twenty photo sessions through the middle of November, which anyone can attend and photo subjects are encouraged to bring props.
By Skylar Eagle — Contributing Writer
Published: October 4, 2017

Ithaca College Professor Robyn Wishna is aiming to showcase the diversity of the Ithaca community through portraits and videos in a multimedia project called “We Are Ithaca.”

The project aims to shed light on the people who make up the Ithaca community and present a place where their stories can be shared both within the community and online, Wishna said. 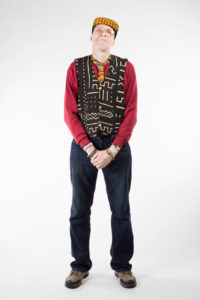 Ithaca resident Ken Glover poses in “We Are Ithaca,” which runs through mid-November. Courtesy of Robyn Wishna

The project consists of 20 portrait sessions in locations around Ithaca, and anyone in the community can get their portrait taken. Participants are encouraged to bring an object that is important to them to include in their portrait. There is also a video component, where participants can tell personal anecdotes or explain the object they brought, Wishna said.

Portrait sessions began Sept. 16 and run until mid-November. All of the portraits are posted on the website weareithaca.org. The final product will be showcased in the summer of 2018 in a yet-to-be-decided location. The showcase will include every portrait taken during the photo sessions, as well as two video projects. The first video is a documentary about the process of creating “We Are Ithaca,” and the second is a compilation of participant’s stories.

Wishna said that people in the community are taking time out of their own lives to be a part of the project.

“This project really brings out one of the best parts of being a photojournalist — getting to meet all sorts of people and getting to talk to them and hear and see a little bit of them,” Wishna said.

One of her inspirations for beginning the project was the idea that all people need to be seen, heard and acknowledged, Wishna said. 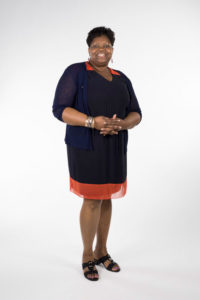 Leslyn McBean-Clairborne has served on the Tompkins County Legislature since 2001. Courtesy of Robyn Wishna

“Everybody has a story, and everybody’s story is as important as the next person’s story,” she said. “It’s about all of us. It doesn’t matter what socioeconomic status you have, what part of town you are from or how old you are.”

Juniors Anna Gardner and Elena Piech are working with Wishna on the project as community coordinators. Gardner said that the project is a great way to showcase the people who make Ithaca such a unique community.

“The energy was really great,” she said. “People were smiling and feeling happy to share their story and feel validated in having someone listen to the stories that they want to tell.”

Piech said that it is really impactful to see the different people who make up the community, and how complete strangers interact with each other at the sessions.

Patricia Rodriguez, associate professor and Latin American studies coordinator, participated in one of the portrait sessions. She brought a picture from a May Day Strike in Syracuse, New York, to display in her portrait.

“It represents Latino women fighting for social justice, and I feel it represents my core values, what I want to do with my life and my connection to the community,” Rodriguez said.

You can view the full gallery here