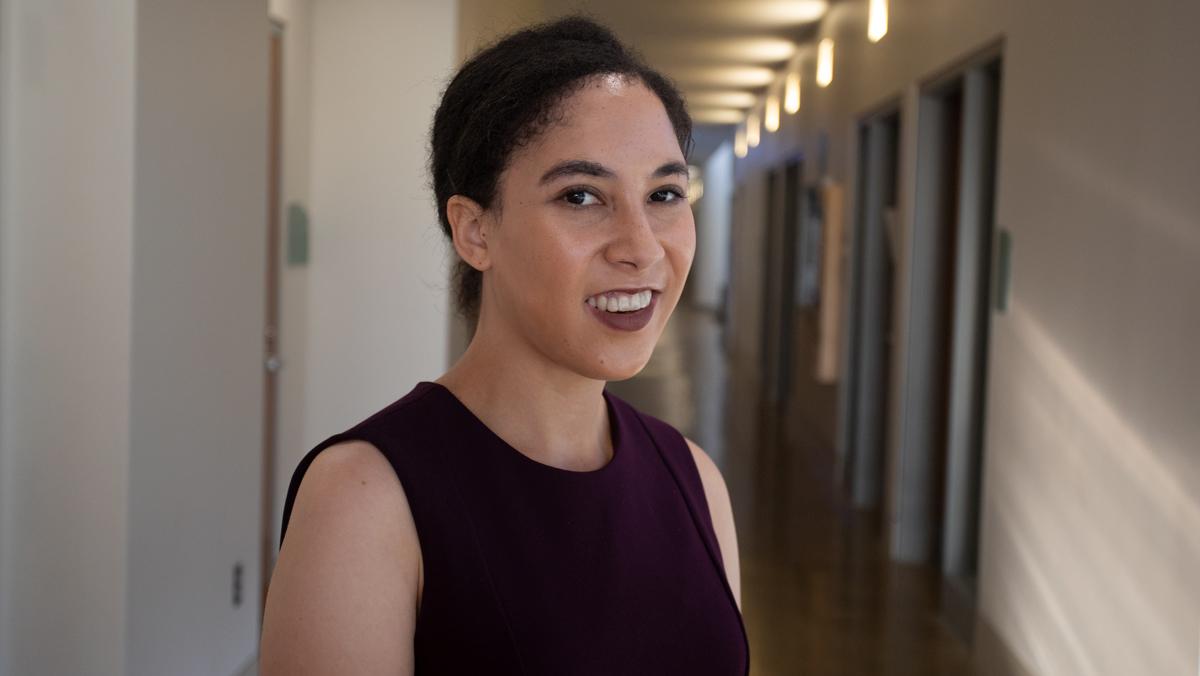 Hair is often overlooked as something insignificant, but to people struggling with their racial, sexual or gender identities, hair is a primary piece of their self-images. It’s because of this that Ithaca College senior Mirelle Tinker created Our Hairstory, a website dedicated to sharing stories about people of color and members of the LGBTQ community and other marginalized groups who have complex relationships with their hair.

“Hair can be a source of feeling ostracized,” Tinker said. “This experience really resonates with multiple people.”

As of Sept. 17, Our Hairstory has published five stories, each one delving into a different person’s experience with their hair. The stories discuss racial issues, ageism and ableism. The intent is to broadcast the voices of underrepresented groups while explaining how their hair is important to them.

Tinker is biracial, and she said she was bullied and felt self-conscious about her natural hair.

“The first personal essay I ever wrote in my sophomore year was about my hair,” Tinker said. “I was the only nonwhite kid in my classroom. … One day, kids started saying that I had weird hair. … It was awful.” 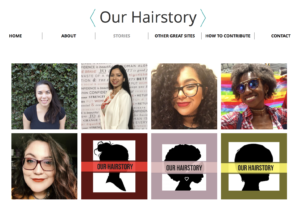 Contributors post selfies and written narratives about their relationship with their hair on Our Hairstory. (ourhairstory.net)

In Spring 2018, Tinker had the idea to establish Our Hairstory. After Tinker shared her story with her roommates, seniors Amy Thomas and Sky Mattioli, and the two of them became interested in sharing their experiences with their hair as well. Tinker designed her website in May and officially launched the project in June. The website has five posts, each with a contributor’s selfie and a written story about their relationship with their hair.

“It’s wild how much we connect hair to identity with all of the different experiences we’ve had,”  inker said.

Tinker said other platforms such as blogs and magazines exclusively market products towards people with curly hair. They don’t often include stories from other marginalized groups.

“I started looking for other people doing the same thing, and the only ones I could find were blogs promoting curly hair products,” Tinker said. “They didn’t really go deeper than that. … It made me think about people … who don’t use these products. … Think about a cancer patient. What’s their hair story?”

Tinker dedicates her website to sharing the stories of all people despite their racial or cultural backgrounds, broadening what it means to have a hair story.

“I want to show how these struggles resonate across multiple groups of people,” Tinker said.

Thomas, one of Tinker’s roommates who initially took an interest in the website, was the first contributor to Our Hairstory.

“I’ve always had a privileged relationship with my hair,” Thomas said. “That was something I made sure to talk about in my story. Hair stylists tell me I have great hair, but I’ve always been reminded that it isn’t going to last forever.”

Thomas’s journey addresses the ageist fear of growing older and how people often reinforce the stereotype that the older women become, the less desirable they are. Thomas said she felt welcomed to share her own hair journey that may be different from others’.

“It provides a space for people who have their own unique story … to feel like they’re not alone,” Thomas said. “I think there’s a lot more stories out there that we’re not discussing.”

Alexa Luciano, another contributor to Our Hairstory, shared her hair story about growing up in the Dominican culture and going to straighten her hair at the salon.

“I talked a lot about … blowing out my hair and how hair salons are a big part of that culture,” Luciano said. “I talked about how I would go to the salon and … throw temper tantrums because I didn’t want to be there. … When I was older, I hated the blowout process but loved the results.”

Although Luciano said she enjoyed the look of having straight hair, she said she knew it was important to accept her natural hair pattern too.

Luciano said she found the confidence to share her hair story by learning about other people’s stories and talking with other women about their relationships with their hair.

“One time I was at Walmart … and these two girls came up to me,” Luciano said. “They had pretty similar hair types to mine, so I stopped and talked to them. … Seeing that women have dealt with the same struggle with hair, I want to share my story.”

Luciano said Our Hairstory gave her a chance to understand experiences she hadn’t previously given thought to.

“As women, many people struggle with hair,” she said. “Curly hair has gotten a spotlight, which is amazing, and we deserve one — but there are other people who do too.”

Tinker isn’t the only creator to dedicate time to this national cultural movement. Across the country in California, Ryan Baker created a similar project. Baker, a professional photographer and graduate of the Class of 2017 at Saint Mary’s College of California, created a photography project titled “Hair Growth” that lasted from 2014 to 2018. Baker is one of many artists to focus on the relationship between hair and identity.

“I’m a biracial person, but I pass as white,” Baker said. “I realized just before starting college that I was queer, and just a month into college, I realized that I was trans. … I’ve always felt uncomfortable living in between gender, race and sexuality. The only thing I ever had any control over was my hair.”

Baker’s hair story addresses hair’s relationship with race, sexuality and gender identity. Baker gathered hair stories from people on the West Coast. After expanding the process across the country, “Hair Growth” was featured in a 2015 publication of Rookie Magazine.

Both Our Hairstory and “Hair Growth” brings attention to the roles that hair plays in people’s lives. Tinker said she wants Our Hairstory to help people feel connected to others with similar hair journeys.

“People can look up and see a list of experiences and say, ‘Hey, my experience isn’t isolated,” she said.